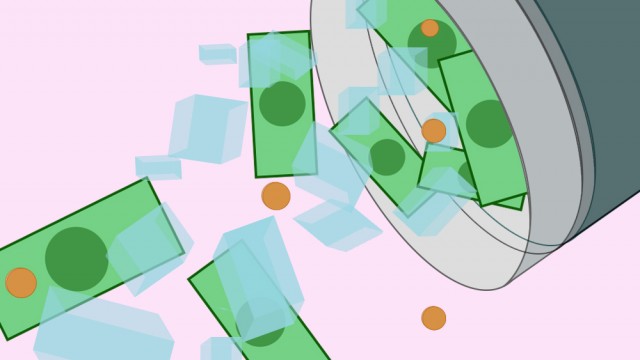 You probably haven’t thought about the ice bucket challenge for a while. And why would you? It’s cold, you’re in school, and any talk of it on social media died out sometime around September of 2014. However, I think it might be worth taking another look at.

What began as a brilliant fundraising campaign by Boston College’s own Pete Frates became a national sensation, raising over $100 million and counting for the cure and treatment of those affected by Amyotrophic Lateral Sclerosis. Those who doubted early on that the movement could raise any money at all have found it difficult to argue with the figures, leaving—for those who care to look for it—only one problem with the campaign to be had.

What are they doing with my money now?

Brad Robbins, an irritated pseudo-intellectual from Brooklyn, New York, has become a sort of champion for scrutinizing the Amyotrophic Lateral Sclerosis Association’s (ALSA) usage of those funds. He is the star of a Facebook video gone viral, in which he chastises the ALSA for its decision to spend less than eight percent of the $55 million it received during that particular fiscal year on “actual research.” Upon hearing  Robbins’ call for the rest of us to “wake the f—k up, and see that not for profit organizations don’t really do much for research,” the viewer is faced with a seemingly well-founded sentiment, and accused of blithe ignorance for placing any trust in the ever-evolving (and quite misunderstood) nonprofit sector of the United States.

Mr. Robbins’ thoughts on the matter are simple, and unfortunately similar to those of many Americans with respect to philanthropy.

If the primary goal of an organization is the cure for a particular disease, why allocate such a small percentage of funds for research in favor of overhead costs? If I donate 100 dollars to the ALSA, should every last penny of it not go directly to someone in a lab coat, bent over a microscope and mixing some trial version of a cure? These questions are difficult to ignore, and they do have answers, to which any donors are more than entitled.

And yet, as is often the case, the source of the answers is incredibly important. If unlettered, contrarian crackpots like Robbins are to be believed, the executives of these nonprofit organizations are simply too greedy to allocate any more than eight percent of their funds to actual research. They are depraved, diabolical neoconservatives, blowing the other 92 percent on beach houses and cufflinks while they twirl their mustaches.

However, in addition to the (false) assumption that all areas other than research exist only to line the pockets of executives—which underlies the argument above—it is unsustainable for entirely different reasons, unaddressed in popular culture due to a fundamental flaw in the way most Americans view nonprofit organizations. This is articulated best by Dan Pallotta, a veteran of the nonprofit sector, in his book Uncharitable: How Restraints on Nonprofits Undermine their Potential.

Throughout the book, Pallotta traces the banishment of self interest from charitable work to a 400-year-old tradition of Puritan Calvinists—free market capitalists who atoned for the sin of their wealth through charity, and therefore vilified the notion of any nonprofit organization taking in revenue to invest in itself. This attitude toward charity has changed very little in the centuries since the puritans, as is evident in the complaints of men such as Robbins and others who seek to disband nonprofit organizations for the sin of free market charity.

Can these critics of nonprofits actually claim that a genuine, charitable soul and a profit seeking, capitalist mind are mutually exclusive? To do so would be to undermine both the intentions of affluent agents of social change the world over, as well as the undeniable necessity of funds and their proper handling for the accomplishment of any corporation’s stated goals.

Imagine, if you will, that the disease ALS is some sort of tangible monster, terrorizing a city. I prefer a large velociraptor with bear claws, but feel free to get creative here. In founding our nonprofit organizations on such outdated sentiments of absolutely selfless, overhead-free charity, we have put in place organizations whose effectiveness ranks slightly above that of a small boy with a slingshot full of pebbles.

We have put ourselves in a terrible sort of David and Goliath scenario, in which David must beg for his every rock from a crowd that keeps a constant, predatory watch over him, ensuring he doesn’t go off looking for bigger ones. We, the crowd, have been ethically conditioned by outdated values to be accepting of the notion that any funds not allocated directly for research have been wasted. We demand a cure and withhold the freedom necessary for nonprofit organizations to provide one.

If critics of the Ice Bucket Challenge wish to trace the fate of their hundred dollar contribution, he or she need look no further than the ALSA’s consolidated financial summaries for the past three years. During the 2012 fiscal year, the “wasted” funds not used for research were allocated to other key areas of the business, such as administration and fundraising. The latter of the two amounted to roughly 18 percent of total expenses, or $9.2 million. By investing in itself, the association oversaw a leap of nearly 40 percent from $3.9 to $6.6 million, and led to total year end revenues of $61.3 million. Such results suggest either that public interest in ALS experienced some divine spike from 2012 to 2013, or that this association knows what it is doing.

Gimmicks aside, a staggering amount of money has been raised for a wonderful cause. The ALSA has an incredible opportunity not only to eradicate ALS, but with it the stigma surrounding successful nonprofit organizations, and it requires nothing from us but continuing support.