Home » Lackluster Thriller Remake Never Makes It Out Of ‘The Loft’ 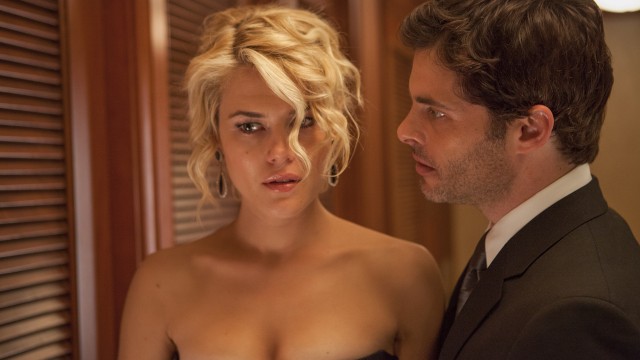 Lackluster Thriller Remake Never Makes It Out Of ‘The Loft’

What happens when you mix five married men, one secret apartment used simply for sex, and a slew of incriminating secrets and lies?

Surely, these elements should create the perfect recipe for disaster. That, or you get director Erik Van Looy’s most recent failure The Loft.

This “thriller” is anything but thrilling. Dull and lacking any sort of scintillating substance, this cinematic disaster disappoints moviegoers who expected more from a plot that appeared to have potential. Although the film boasted a cast of several talented stars, the acting was unexpectedly awful and the delivery of dialogue undeniably abhorrent.

The film opens with an interrogation scene in which Vincent Stevens (Karl Urban), the undisputed leader of the pack, denies any involvement in a potential murder case. A big-time architect who recently purchased a loft building for renovation and reconstruction, Stevens is an egotistical sex addict who dreams up the twisted idea for the loft. Envisioning the secret space as an oasis of infidelity, Stevens explains to his sex-crazed cronies that the loft will rid them of messy hotel bills and suspicious credit card activity when they cheat on their wives. Providing his friends with keys to the loft, freedom from spousal suspicion, and a convincingly foolproof plan, Vincent gives his friends the ultimate gift of worry-free sexcapades.

His friends—Marty, Philip, Chris, and Luke—share in Vincent’s seemingly insatiable appetite for sex and debauchery. Chris (James Marsden), though unfaithful to his wife on several occasions, is portrayed as the sensitive “good guy” of the group. Falling for the wrong woman and getting his heart shattered by the love of his life is only half of the banal drama that his cookie-cutter character endures. Marty (Modern Family’s Eric Stonestreet) is an inappropriate jokester with a perpetual hankering for hard liquor. Spewing sexual innuendos and uncomfortable jokes, Stonestreet’s repulsive character is a stark contrast to TV’s charismatic Cam Tucker that we all know and love. The other two—Philip and Luke— are a cocaine addict and a pervert, respectively.

Under the naive assumption that their antics will go undiscovered by their wives, the five men indulge in an exorbitant amount of extramarital affairs—all within the four walls of the loft.

That is until Luke makes a horrific discovery that will change the group’s lives forever (dun dun dun.) A mysterious woman is found dead and handcuffed to the bed, accompanied by a bloody and cryptic message written shakily across the headboard. In a panic, Luke immediately calls—no, not the police—his good-time buddies to reconvene at the loft where they must figure out what to do next. The deliberation continues for several hours, all with the gruesome scene of a dead woman mere feet from their discussion.

The Loft is a remake of Van Looy’s 2008 Belgian film of the same name. Adopting the plotline of its predecessor, the newest adaptation lacks originality and zest despite the saucy sexual elements originally intended to spice up the storyline. Viewers fall victim to a painfully predictable plotline and dull dialogue delivered with as much life as the dead woman on the bed.  None of the characters had any visible chemistry. Their interactions felt unnatural thanks to forced dialogue.

The sheer drama present in the plot combined with the lifeless conversation made the major motion picture seem more like a botched soap opera. Even the writers of the film did a slipshod job of creating conversation. It was as if they copy-and-pasted the verbal equivalent of bad stock photos into the script. The cinematography was far from impressive, as crazy camera angles did very little to achieve the intended suspense Van Looy was going for.

More than the shoddy craftsmanship, The Loft lacked organization. The director’s decision to jump forward and back in time sporadically throughout the film did nothing but cause confusion and frustration.

The movie, frankly, is simply a mess. The drawn-out conversation when the guys try to figure out what happened the night before exposes secrets that destroy previously strong bonds within the friend group, and plays out like a sick version of Clue. Luke expresses sporadic fits of rage, which makes their discussion unbearable to sit through. To say friendships are tested and marriages are strained is an understatement, for the lives of the men unravel and their perfect plan proves not so perfect after all.

Despite the film having what could have been an interesting plot of seductive mystery, virtually every aspect of Van Looy’s The Loft fails to thrill viewers. The loft itself—a frat house of infidelity—fosters the immaturity of the characters and enables five creepy adult men to act on their puerile instincts. The characters are degrading and misogynic, and their snarky wives are just as void of human empathy as their husbands.

By painting an inaccurate portrait of all men as perverted sexual deviants, The Loft makes moviegoers wish the film met their lofty expectations.