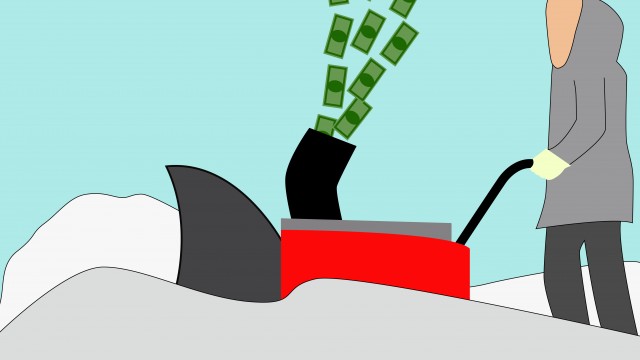 For an unprecedented total of four days this semester, Boston College and many other local colleges and universities have been forced to close—prompting many students to question the value of their education.

On Feb. 10, The Berkeley Beacon, a student newspaper at Emerson College, launched an interactive feature on its website that allows students to calculate how much money they have lost this semester in missed classes. Ryan Catalani, the editor-in-chief of The Berkeley Beacon, ironically devised the calculator on one of Emerson’s snow days.

The online calculator includes insight into the methodology of the tool. “At Emerson, one credit costs $1,145, and one credit is worth approximately 15 hours of classroom instruction per semester (or one hour of classroom instruction for 15 weeks), according to The Beacon’s webpage. “This means each hour of classroom instruction is worth approximately $76.33. To calculate the total value of Emerson’s snow days, the number of class hours per day entered is multiplied by the number of days canceled.” Catalani said the calculation is simple enough that the print edition of the paper included a worksheet that would allow students to figure out their losses manually. The results seemed to hover around $1,000, which is enough to make many students feel guilty for spending their day off enjoying the snow.

The calculator garnered a wide array of responses from both the student community and professors at Emerson—a reaction prompted by users sharing their results via social media. “Based on the Twitter reactions, it did seem like for them it was an eye opener,” Catalani said.

On Twitter and Facebook, users have discussed the implications of monetizing education on an hourly scale. One Twitter user responded, “Snow calculator shows how much canceled @EmersonCollege classes are worth. Simultaneously hilarious and upsetting.” Proponents of the calculator argued that missing class is a detriment to one’s education, despite the fact that on the surface it can feel like a reward. Other critics did not feel the same: “Of course we missed a lot of classes, what are you trying to say?” Catalani said, describing the typical opponent’s response.

According to Catalani, the calculator ignited conversations about the strong feelings inherent in most students’ relationships with their education. He explained that it is natural to be inclined to ignore work, but too much downtime can be an extraordinary drain on one’s desire to be productive.

An additional topic the calculator addressed was the distribution of students’ tuition dollars. While many argued that the cancelled days should be included in a conversation about lost tuition dollars, others pointed out that tuition could be distributed in other ways across the university besides classes. “Some professors were quick to point out that, you know, you aren’t exactly losing any money per se,” Catalani said. Emerson is one college that requires make up time for any class lost due to snow days. Catalani explained that while it is nice to think that making up for lost time is required, it is important to consider how exactly it would be possible to ensure that every student gets sufficient compensation for the time lost.

Catalani believes some people are misconstruing the purpose of the calculator. He said the invention was not intended to provoke frustration at the loss of current resources for students, but it was merely created to spark a conversation. “Not all of the value of an education comes from classroom time,” Catalani said.

While the calculator has sparked a campus-wide conversation at Emerson, it is clear that many students at Emerson are ready to stop thinking about snow days and get back into their school routine. “Some of my friends on Facebook were already saying, you know, ‘I just want to get back to class already,’” Catalani said.

snow snow day tuition emerson
Underwater And Overwhelmed, 2000 Comm. Ave. And Plex Shut Down By Winter Leaks
BC Startup ‘Exposure’ Is Staging A Move Into The City