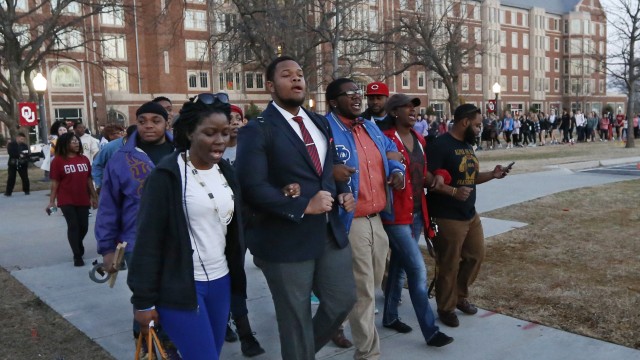 News, On Campus, Off Campus

On Monday, the administration released a letter addressing recent racially-charged events. The letter discussed the University of Oklahoma fraternity that has been ejected from the school for a racist song, the African American boy in Madison, Wisc. who was killed, and the 50th anniversary of the March on Selma.

The letter, which was written by Dean of Students Thomas Mogan and Ines Maturana Sendoya, Director of the Office of AHANA Student Programs, emphasizes that racist incidents can happen on any college campus, including Boston College’s.

“We must stand up as a community to confront racist and bigoted behaviors,” the letter said. “Inappropriate jokes, name calling, ‘theme’ parties that belittle a certain race or ethnicity–all of these actions fall on a continuum that, left unchecked, can escalate into behaviors that could risk the safety of students within our community.”

The letter went on to encourage students to reflect on these events and to take advantage of campus resources, like the Dialogues on Race and Campus of Difference workshops that are sponsored by the Thea Bowman AHANA and Intercultural Center. Student organizations and residence halls will be offered the opportunity to engage in these programs.

“We are men and women for others working to make this world a more just place that is free of racism,” the letter said. “Our work starts here in our own community.”

March 12, 2015
An earlier version of this article misidentified Dean Thomas Mogan as sole author of the letter. This post has been updated to reflect the role of Ines Maturana Sendoya, director of the Thea Bowman AHANA and Intercultural Center, in its authorship.