Home » Broccoli Vs. Bacon: The Plight Of The Plant-Based Eater In Boston 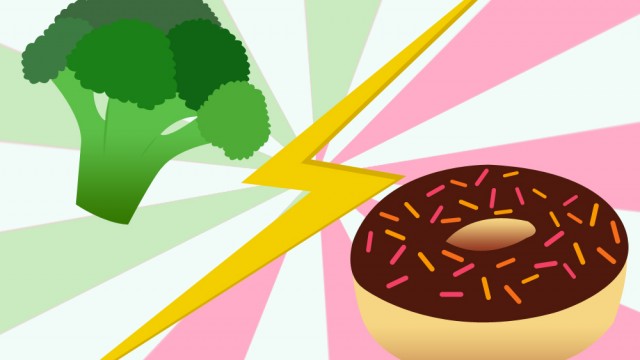 Broccoli Vs. Bacon: The Plight Of The Plant-Based Eater In Boston

There are not many things I can guarantee at this point in my life. As an anxious, 19-year-old English major who gets nervous when deciding on which coffee to order at The Chocolate Bar, there seem to be a few constants. The unwritten rule that my roommates and I order-in for dinner the Sunday before classes begin after a break is one of these rare, resisting guaranties. Random and insignificant? Yes. Should I probably be more focused on important constants like determining a concrete system of belief or even a Plex Schedule that I will actually stick to? Definitely, but the rationale is there: no one is running to dry chicken breast and Pic a Pasta after they return from week(s) of Grandma’s secret recipes, Dad’s unbelievable lobster mac and cheese, Mom’s award-winning baked goods. Homemade, comfort food.

While my roommates mourn the products of their mothers’ oven mitts over bites of Eagles Deli, I savor those dinners as celebrations, indulgences if you will, after at least a week of leafy greens.

Some parents buy a dog when their children go to college. When my mom became an empty nester, she decided to become a vegan.

Tofu is her superhero, the juicer her weapon of choice, with zucchini and sweet potatoes always prepared to come in as backups. The possibilities seem endless when cashews can, magically, be transformed into a cheese substitute. Ah, veganism—the success of the super food, the glorification of all that is green.

Though I note that the majority of my mom’s attempts at vegan dinners are by no means as terrifyingly bland as I am making them out to be (most of them are pretty good, as much as it hurts the ice cream enthusiast in me to admit it), they are definitely a new take on comfort food.

As many health benefits as quinoa and cauliflower might have, they can never compete with the stick-to-your-stomach, post-Thanksgiving contentedness that comes with classic comfort food. Recently, Boston’s favorite coffee and breakfast chain, the beloved Dunkin’ Donuts, has recognized the potential to capitalize on everyone’s ingrained adoration of that which is high carb, high calorie, and high happiness.

Yes, they dared to do the seemingly impossible. Not only is this newest creation a terrifyingly genius conglomeration of breakfast foods (though I’m sure sudo-alum Leslie Knope would argue that waffles should be involved), but it is also the most superior mix of comfort foods. Sweet and salty, pork and carbs, is there anything more that you could want? A vegan’s worst nightmare, Dunkin’ was right on target with the “Deluxe Bacon Donut,” which is expected to hit stores after franchise feedback.

As I am in the middle of Lent-induced veganism—inspired by my mom’s dedication to a plant-based lifestyle, of course—my immediate bacon delusion begins to fade and is replaced with thoughts concerning the potential of this Frankenstein of breakfast food, which is absolutely terrifying.

Regardless of the obvious yet enticing horror of the Deluxe Bacon Donut, Bostonians are begging for it to hit the pink, wax, paper-lined shelves of their neighborhood Dunkin’. Now being tested primarily in Providence, R.I., the donut is just close enough to the city limits to create a following that includes local pork fans and Boston Globe business columnists alike.

The bacon donut is just an example of Boston’s dual food personality. For a city ranked consistently by Forbes as one of the Nation’s healthiest cities, Boston has an overwhelming affinity for junk food.

This is a city where sleek, hip, farm-to-table cafes are situated across the street from greasy and delicious delis. The North End is frequently dominated by clusters of people eager to try the infamous “lobster tail” and don’t see any concern with waiting hours for them. Clam chowder—a cup of which represents at least one-fourth of a suggested daily caloric intake, by the way—is one of the most essential aspects of the city’s culture. Even Boston-area school dining halls are rampant with unhealthy eats—hats off to Eagle’s Nest for making a caesar salad (952) that has more calories than the Deluxe Bacon Donut (360) itself.

Maybe my few weeks of veganism have made me senile to junk and comfort food, though I note that the Chunky Monkey devotee in me will never die. It’s possible that I will be first in line to the Boston release of the Deluxe Bacon Donut, but for the next few weeks I am going to continue to pretend that I would pick granola and almond milk rather than the bacon creation as a breakfast of choice.

Regardless of my personal decisions when it comes to dinner, the Bacon Deluxe Donut will fall in line with the city’s favorites, earning a place between Roxy’s grilled cheese food truck and J.P. Licks. Comfort food concoctions like this one consistently win over even the most “healthy” locals, which begs the cliche that America runs on Dunkin’ and Boston runs on junk food.

vegan dunkin donuts
Smoke And Sweat: A Buick Odyssey
Exhibit Highlights Those Who Assisted Jews During The Holocaust 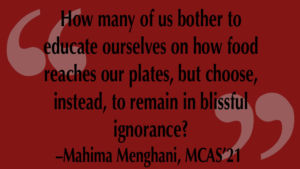 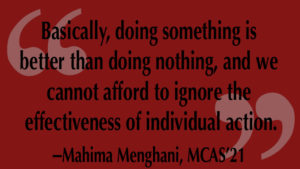