These days, it seems the recipe to a slipshod comedy is simple—a dash of racism here, a pinch of explicit language there. You mix in two big-name comedians and fervently hope that the finished product doesn’t fall flat. Fortunately for director Ethan Cohen, Get Hard is absurdly stupid enough to entertain.

Comedian Kevin Hart joins Will Ferrell in the latest entry of R-rated buddy comedies. Get Hard’s hackneyed hijinks and overused innuendos should identify it as a poorly-produced picture—yet, the two stars’ delivery and evident chemistry just barely separate Get Hard from every other bromance-filled film in the industry. Though the plot and absurd events that transpire through the film aren’t terribly original, they will surprise viewers with their unapologetic crassness. The film finds a way to make you laugh even when you’d normally know better.

James King (Ferrell) is a high-rolling businessman whose elevated ego and shameless self-obsession make him as a stereotypical, insensitive rich guy with no concern for anyone but himself. James boasts an extravagant mansion, a beautiful wife, and an even more beautiful sports car—all of which contribute significantly to the lavish way of life that James has always known.

That is, until he is wrongfully convicted of fraud. Under house arrest until he’ll have to serve 10 years at San Quentin State Prison, James is distraught over his bad luck and is certain that he will never last in prison. As if by fate, James runs into Darnell Lewis (Hart), a man who runs the small car washing business located below James’ office building. James assumes Darnell has served time in jail and can help him survive his stay in the big house.

Despite, you know, never serving jail time, Darnell decides to go along with the charade to get the money he so desperately needs to expand his business. Compiling a list of what he assumes are the most necessary skills to master before being incarcerated, Darnell attempts to teach a desperate and gullible James everything he’ll need to harden his demeanor and inspire fear into potential opponents in prison.

Relying on physical comedy and sexually suggestive one-liners to elicit laughs from the audience, the film lacks quality writing and original material. Substituting expletives for actual substance, the dialogue between the main characters is only entertaining because of the men who deliver them. A confusing combination of horrifically cheesy humor and cleverly strung comedic moments, the movie actually makes viewers unsure of how they should feel.

As James’ incarceration expert, Darnell transforms the mansion into a mock-prison complete with barbed-wire, agitated prison mates, and strict rules to help James assimilate into a life behind bars. Forcing James to pick fights, talk dirty, and get in good with gang members, Darnell makes for a convincing ex-convict whose simulations of prison riots and pat downs prepare James for survival in the slammer.

When James’ powerful future father-in-law fails to get his sentence repealed, he is forced to take matters into his own hands. With Darnell’s invaluable assistance, the men try everything to prove James’ innocence and clear his notorious name.

Though the acting was not at all incredible, Hart and Farrell’s natural humor was present through every scene. The unlikely pairing is perfect for the film’s premise, and the two actor’s personalities and comedic styles meshed well together.

Despite the fact that the film was precariously tied to inappropriate plot points and crude jokes, Cohen produced a funny movie with characters whose absurd antics should entertain the masses and elicit the laughs they were looking for. Joining the countless crass movies made simply to generate laughs from moviegoers—like 21 Jump Street and The Hangover, Get Hard succeeds in its inappropriate mediocrity. 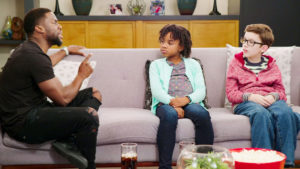 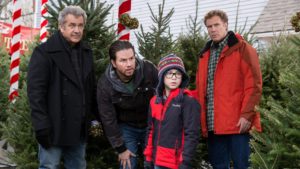