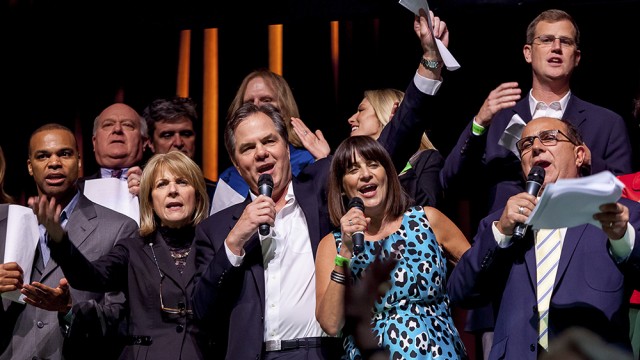 While the art of improv comedy is typical for pure entertainment, one Boston-based organization is offering a different type of performance.

For 23 years now, Boston’s Urban Improv has been visiting Boston-area classrooms to provide an interactive drama experience that allows students to confront many difficult situations facing teens in Boston.

“We deal with issues like peer pressure, cyber bullying, racism, homophobia, and violence,” Urban Improv managing director Narcissa Campion said. “Students role play the scenarios based on their own choices, and experience the consequences of their actions in the safe environment that we create.”

Founded in 1992, Boston’s Urban Improv began as a response to escalating youth violence in Boston, and was modeled after the successful community outreach program in Washington, D.C. known as “The Living Stage.” Urban Improv was launched by Freelance Players Inc. in collaboration with Boston Public Schools following years of research, evaluation, and fundraising, and now serves to target at-risk youth in Boston’s schools.

The organization has presented to approximately 65,000 students from fourth grade through high school at a little over 120 schools and community groups throughout Boston, New England, and beyond.

“There was a multi-year study done on Urban Improv of our fourth grade curriculum that proved it both prevented the onset of violent behavior in children and also promoted pro-social behaviors,” Campion said.

This Friday, Boston’s House of Blues will host Urban Improv’s annual fundraising event, called “Banned in Boston.” This year marks the 20th anniversary of the show, which started with a cast and crew of about 200 people. This number has since grown to over 600 people. The event runs much like a Saturday Night Live-style show, and consists of a series of skits and songs written by Urban Improv’s artistic staff.

The show will star a cast of 40 leaders from the Boston and Massachusetts community who have volunteered their time to be a part of the cause, and who are “willing to shed their self-respect and put on their funny bones.” This year, the lineup includes Tom Hamilton, bass player for Aerosmith, and Massachusetts Governor Charlie Baker, as well as leaders of the Boston Red Sox, J.P. Morgan, and Harvard Business School.

Campion argues that many of these prominent individuals are happy to participate, because they truly enjoy it. Several performers, like Aerosmith’s Tom Hamilton, Ray Magliozzi of NPR’s “Car Talk,” and Congressman Jim McGovern, have come to participate for many years.

“Tom Hamilton, who of course travels all over the world with Aerosmith, told us that there is nothing like it anywhere else,” Campion said.

This year’s show is named “The Boston Survival Guide,” and will be centered on what it’s like to be in Boston: roads, potholes, winter, accents, food, and other distinct elements of city life. When they chose the theme back in October, Campion noted, they had no idea how relevant it would turn out to be.

Aside from the show, attendees can also participate in a popular auction that ends Thursday night. The event features items such as a JetBlue getaway for two, backstage passes to an Aerosmith Concert, Boston Symphony Orchestra Tickets, Patriots tickets, and pre-game field passes. Food will be provided by 20 of Boston’s best restaurants, which also cater two tastings prior to the Banned in Boston event and one VIP tasting afterward.

Campion, who has been planning and attending Banned in Boston for the past 20 years, said that some of her favorite memories of the event involve the late Mayor Thomas Menino. There was one scene in which Menino was trying to say the word guacamole, and former Massachusetts Governor Deval Patrick came to his assistance. Another moment was when the organization staged a reenactment of the movie The King’s Speech, and Menino played Lionel Logue—he served as speech therapist for then-Congressman Barney Frank.

“It was one of the funniest things that’s ever happened on our stage,” Campion said. “But we have scenes to rival that for Friday night.”