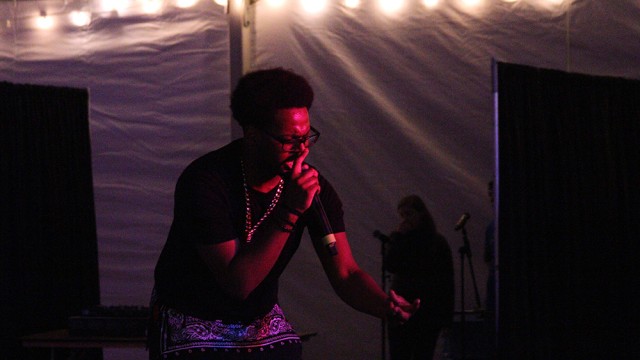 “Please do not speak to me like I’m that Drake from four years ago,” raps Drake in “No Tellin’,” a song off his newest mixtape. “I’m at a higher place.” The 28-year-old rapper has come a long way since his humble beginnings on Degrassi. Since his arrival onto the hip-hop scene, Drake has continually been unraveling hip-hop’s deeply woven assumptions about toughness and hypermasculinity.

For Emmanuel Laguerre, WCAS ’18, Drake’s brooding and reflective lyricism is something to which he can relate. The Boston-based rapper, known by his stage name Phenom V, has been closely following Drake’s path to stardom since the Toronto native released his first mixtape in 2006.

“I’ve followed Drake from the start of his career to where he is now, so that made me connect to him more as an artist, because I got to watch him grow,” Laguerre said. “The messages in his music are about representing Toronto and making sure Toronto is respected and adored as a city. I’d love if someday I could become the face of Boston in music.”

For Laguerre, Drake’s personal ties to his family and loved ones are especially resonate. Laguerre’s love for music can be traced back to his early childhood and the deep affection he holds for his family. Growing up under the musical influences of his older brothers and cousins, Laguerre could rap an entire Drake or Notorious B.I.G. song “at the drop of dime.” In many ways, he’s become the artist of the family.

“The first time I ever performed was when I was five years old,” Laguerre recalled. “I was in my living room and I was meeting my uncle’s new girlfriend. Somehow she got me to dance in front of the whole family—the fact that I remember that story makes me feel like I was meant to perform.”

Laguerre originally went by the moniker ‘Phenom’—named after one seventh grade teacher who always wrote “Phenom” at the top of all of his assignments instead of letter grades. After being brought on as supporting act for his older brother at Arts Fest in 2012, Laguerre went on to perform at two open mic nights for the Music Guild and at both “BC Underground” and the “Break the Bubble” music festival this past weekend.

It’s easy to draw comparisons between Drake’s early mixtapes and Laguerre’s newest single, aptly titled “The World is Yours.” Both rappers incorporate confessional lyricism and clever wordplay, discussing themes of past relationships, wealth, and fame. Drake has carved out a niche for himself in the hip-hop world by rapping about his rawest feelings and emotions. It was this type of revealing, autobiographical lyricism of which Laguerre took note. “Working night through the mornin’ / And I’m just trying to own it / And I just wanna make it / The world is for the taking,” he raps on his debut single. He focuses on familiar rap tropes of hard work and making it big in the music industry, but not without instilling Drake-like candor into his lyrics.

Laguerre describes his own music as honest. Writing from personal experiences, his primary goal is to tell stories and create meaningful rap music that resonates with larger audiences. In his music, he touches on themes of “believing in yourself, staying true to who you are, keeping your family near and dear to you, and ultimately just making it and loving what you do hard enough that you get where you want to be.”

Beyond sound influences, Laguerre explained that Drake’s sincerity in his music is what ultimately appealed to him the most. In his musicianship, Laguerre focuses on largely what makes a song powerful.

“A few years ago, people said if you listened to my song and you listened to a Drake song, they sounded so similar,” Laguerre said. “The thing about him that influences my music the most is that his music is honest and driven. He’s talking about his everyday experiences and the things he deals with, and that’s the same type of artist I want to be. I want people to know who I am when they listen to my music.”

More poignantly, Laguerre spoke about his childhood growing up and the importance of family.  Serving as the motivation behind his music, family and close friends are what pushed Laguerre to write songs in the first place. Like Drake, Laguerre’s music is largely bred from personal experiences that function as the driving force behind his lyrics. Laguerre stressed that to be a hero for younger middle school and high school students and to serve as a role model for positive change in his community would be the ultimate honor.

“I want to be successful just as much as anybody does, but I want it to be for everyone and everything around me,” Laguerre said. “I work hard on music with the intention of my parents not having to work anymore and my cousins who always see nice cars on the street and think, ‘We want that.’ One day we can have that.”

Drake is quick to remind his listeners that he’s no longer that Drake from four years ago. He’s reached a higher place—both musically and on the charts—by paving the way to stardom with introspective and personal lyrics. There’s no way to tell where Laguerre will be in four years’ time, but if he’s anything like his hip-hop idol, it definitely looks promising. 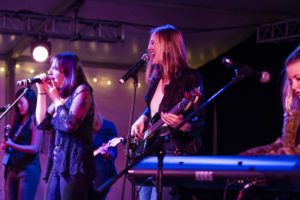 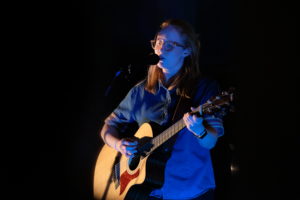