If there is one thing you can always expect from Empire, it is over-the-top drama. From a caged Cookie on stage to Ludacris’ hostile takeover attempts, the first couple episodes of the second season certainly deliver. While not many new characters have been introduced, characters we are familiar with have drastically changed. Jamal, whose transformation began halfway through the last season, has become an entirely different person. Gone is the sweet sensitive ‘Mal’ and in his place is a petty, egotistical head of Empire. Turning on Cookie and Co., Jamal burns bridges and does nothing to better his standings.  Terrence Howard continues to step up his game as lead. In several scenes, his acting shines brilliantly as he introduces new facets to the character. He reminds the audience that the passionate, skilled Lucious seen in the past is still very much alive despite the suits and board meetings.

Most of the first episode is dedicated to show us Lucious’ new world behind–bars. Meanwhile, Jamal struggles to find time for his music and simultaneously run Empire. Still others are busy convincing an investor to back them in future endeavors.

Shifting gears, the second episode is dedicated to Cookie’s predictable move to start a new company—Lyon Dynasty. Outside the shady studio Mal, it quickly becomes clear that this new team has very different views on what happens next. Hakeem is obsessed with grooming new talent in the form a new girl group “like Destiny’s Child.” Cookie is excited about the new prospect, even as she attempts to hold on to Jamal.

Andre is once again out of his element, wanting to be back at Empire, despite the lack of need for him. As he meets with Lucious to beg to be brought back into the fold, viewers are given insight into Lucious’ disdain of Andre.

It is difficult to predict how long the Lyon Dynasty idea will remain, but one can hope it stays for a while. It will be interesting to see how Cookie pulls it off and to watch her go head-to-head with Empire, particularly the determined Lucious. Up to this point, it has all been talk, no action. But talk is cheap. When given the chance, viewers have seen that Cookie is a force to be reckoned with. As an instrumental figure in the of launching Lucious’ business, she proves she is resourceful. One cannot deny, however, that he was the one who built Empire into what it is today and LyDy gives us the chance to see if Cookie is capable of doing the same. Furthermore, in this new venture opportunities for Hakeem may arise.  Perhaps given some responsibility he will grow up, at least a bit.

While these episodes flowed slightly slower than usual, they were still a strong beginning to the season. If there was any doubts that the show couldn’t follow us such a fantastic first season, these episodes thoroughly squashed them. There is quite a bit left for this dysfunctional family and these episodes only increased the interest level for how things will play out.

television ludacris empire terrence howard
Fetty Wap Puts On The Charm For Debut Album
It’s Been A While, But Janet Jackson Returns ‘Unbreakable’ 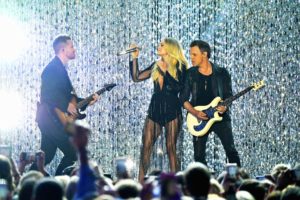 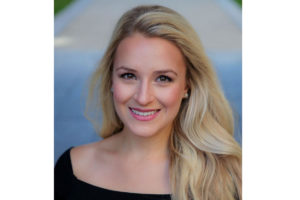