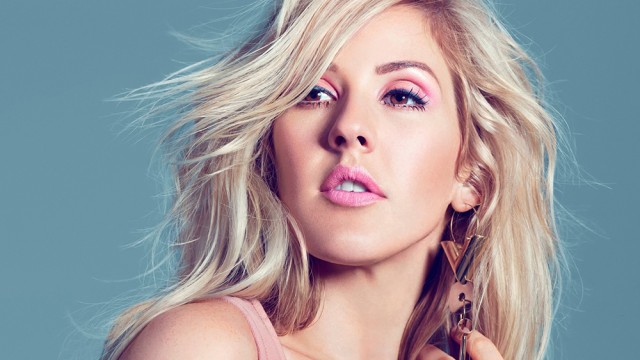 Delirium is everything a third studio album from a global pop sensation should be.

Noticeably different from the artist’s debut piece, Delirium reveals a musical metamorphosis—a leap of faith into unfamiliar territory that still manages to preserve the singer’s unique flair. Throw in some infectious refrains and high-note-heavy hooks that translate as catchy rather than redundant, and the result is an impressive pop album boasting strong singles that are sure to send the bright-eyed popstar straight to the top of the charts.

The only potential problem is that Delirium’s aforementioned pop princess is a newly-transformed—and hardly recognizable—Ellie Goulding.

Since her 2010 debut, the British vocalist has charmed listeners with a peculiar blend of folk-infused EDM. Her first album Bright Lights was an emotional burst of indie energy, and her sophomore album Halcyon carried the same triumphant effect with hit songs “Burn” and “Explosions.” A refreshing change that brought character and ingenuity to a music industry inundated with the sugar-sweet sounds of Katy Perry and Taylor Swift, Goulding provides overwhelming girl power with explosive dance tracks and an effervescent vibe unlike most of her fellow female artists.

Or, at least she used to. Now, her songs are equally empowering, but decidedly less authentic. They’re scintillating, yet shockingly different from the English star’s indie/pop roots. Most tracks sound more 1D than indie, as the repetitive lines and over-synthesized instruments of “Around U” and “Codes” create the kind of guilty pleasure song you can’t wait to sing in the shower.

Unlike that of her previous releases, the Delirium tracklist is composed of songs that could be sung by any other artist and still sound good. For an incredibly versatile vocalist, Goulding avoids any daring or challenging tracks. The well-produced but generic songs force Goulding into a confined corner of glossy pop that hides her characteristically alluring vocals.

Despite her transformation into that familiar pop persona, Goulding delivers quality songs on Delirium that shift from delicate, twinkling tones to sounds saturated with intensity. “Lost and Found” is an exceptional addition to the album, as its jaunty beat and swooping vocals introduce a fun side of Goulding that fans have never heard before, but certainly hope to see again. By contrast, her single “Army” is reminiscent of the old Goulding, as her signature raspy soprano and changing background beats produce a dreamy, kaleidoscope effect that was perfected on her first two albums.

“Love Me Like You Do” off the 50 Shades of Grey soundtrack stands out as Delirium’s strongest song. It is a confident and yearning ballad that easily transcends the raunchy nature of the film it was written for with blaring instrumentals, chilling vocals, and Goulding’s genuine passion that pervades every aspect of the track. A beautiful battle cry, this song is Goulding at her best.

A far cry from Taylor’s whiny boy troubles, some tracks on Delirium include all the obligatory relationship subject matter characteristic of the genre. However, it is artfully incorporated into songs that turn sappy lyrics into snippets of epic love stories with the help of triumphant instrumentals and synthesized dance beats. Though Delirium may have given fans a Goulding they weren’t expecting, this surprising release far surpasses pop albums of the past. Having altered her indie-electronic style and settled on something more mainstream, Goulding sets a precedent for pop’s characteristically uninventive artists with Delirium.