Home » Previewing BC Basketball: What To Expect From Syracuse 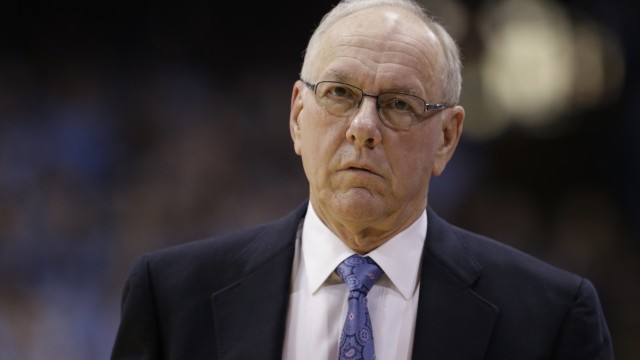 Previewing BC Basketball: What To Expect From Syracuse

Wednesday’s 7 p.m. matchup between Boston College (7-8, 0-2 Atlantic Coast) and Syracuse (10-7, 0-4) features two men’s basketball teams still frantically searching for their first ACC win. But today, for one of these teams, something has to give. Syracuse head coach Jim Boeheim is still looking for his first victory after serving a nine-game NCAA-mandated suspension at the start of the year, and is taking another crack at it tonight against the Eagles in the Carrier Dome. The Orange, however, have gone 0-2 since his return, dropping games against Clemson University and No. 6 University of North Carolina.

BC, on the other hand, is coming off an 82-54 thumping from Notre Dame, a game in which the Eagles’ poor shooting and inability to defend from beyond the arc led to an ugly contest. Nevertheless, Boeheim may have a cautious confidence against the Eagles, a team he has dominated since the days of the Big East. Although BC has had some major upsets in the rivalry—most recently, Steve Donahue’s signature win, 62-59, against the then-No.1 and undefeated Orange during the 2013-14 campaign—Syracuse leads the all-time series 43 to 24.

Last time they played: Last season, Syracuse took care of business against the Eagles. The first bout came Jan. 20, 2015 and resulted in an eight-point victory for the Orange at the Carrier Dome. BC jumped out to a 12-4 lead early behind the 3-point shooting of Aaron Brown, who led all scorers with 21 points, but ’Cuse stormed back on a 31-5 run to close out the first half to take a 35-17 lead into the locker room. BC pushed back in the second half, cutting the lead to six with less than a minute to play—but it wasn’t enough, as Syracuse secured a 69-61 victory behind the 17-point, eight-rebound performance of Michael Gbinije.

In the year’s second matchup, this time in Chestnut Hill, Gbinije shined yet again, dropping 21 points as ’Cuse coasted to a 70-56 victory. A four-point game at the break, the two teams traded buckets for the majority of the second half before Syracuse went on a 13-2 run to put the game away, spoiling Brown’s strong 19-point performance.