Home » ‘Hiro: Photographs’ The Strange and Beautiful World of Hiro 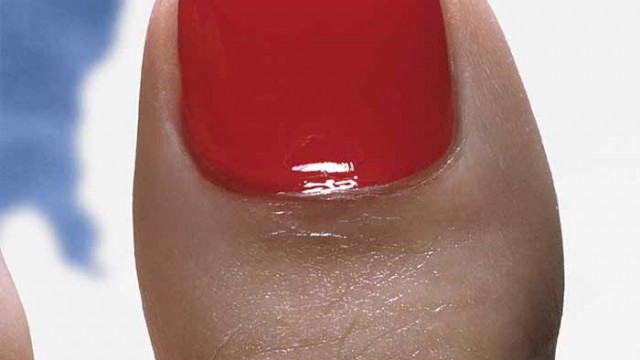 ‘Hiro: Photographs’ The Strange and Beautiful World of Hiro

It turns out that the intersection of the bizarre and the beautiful is not so far away. Just take a 40-minute ride down the Green Line, and you will arrive at the the Museum of Fine Arts.  There, you will find your destination: the MFA’s most recent exhibit of fashion photographs, “Hiro: Photographs.”

The exhibit, located within the cozy Herb Ritts Gallery, features 24 arresting photographs that all but jump off the wall. The photographs are all the work of the iconic fashion photographer, Hiro. Taken between the 1960s and the 1990s, each photograph immerses viewers in Hiro’s bizarre yet stunning aesthetic, allowing them to briefly escape from the doldrums of their daily life into a world infinitely more interesting.

Hiro, born Yasuhiro Wakabayashi in 1930, began pursuing a career in fashion photography in the early 1950s. Inspired by the work of photographers such as Richards Avedon and Irving Penn, Hiro was able to find employment as Avedon’s assistant. Before long, Hiro’s own talent was recognized, and his career took off.  Although his work was featured in many major magazines, such as Vogue and Harper’s Bazaar, Hiro remained relatively unknown to the public, making this his first solo exhibition in an American museum.

The idea for the exhibit was conceived almost two years ago by curator Anne Harvigna.  After first admiring Hiro’s work while putting together the MFA’s “History of Fashion Photography” exhibit on 2007, Harvigna could think of no one better to feature when the MFA’s former director asked him to compose one more fashion photography exhibit. Although Hiro and Harvigna had met over the years, she was thrilled that he accepted her proposal after maintaining a low profile in the public eye throughout his career.

“If you know anything about his work you would have seen that he hasn’t had very many exhibitions,” Harvigna said. “The reason for that is that he doesn’t seem to put himself forward in that way. He was interested in making his work, and he didn’t feel the need to promote himself beyond what he was doing.”

But fortunately for viewers, this exhibit offers the perfect first taste of Hiro’s unique aesthetic. The photographs, some in color and some in black and white require deep consideration on part of the viewer. Many present fascinating juxtapositions, like the photograph featuring a jet black horse’s hoof  draped with a glimmering ruby and diamond necklace. These photographs push viewers to reconsider their opinions of fashion and beauty, all while allowing them to relish in the elegance that is a Hiro photograph. Very aware that this would be many viewers’ first experience with Hiro’s work, Harvigna worked closely with Hiro to compose the exhibition, traveling to his studio many times to consult.

“I was looking for images that I thought were particularly strong,” Harvigna said of the selection process. “[Hiro is] best known for his color, but I wanted a few black and whites, I wanted to make sure that what makes him so distinctive was readily apparent, that sort of dynamic, graphic punch of his work, and the fact that it has this incredible elegance and at the same time is surreal or almost creepy.”

Hiro’s individual aesthetic is certainly obvious in the exhibit. After entering the room, it is impossible to drift from picture to picture in a daze as many museum-goers are apt to do, for each photograph is shocking and completely different from the one that came before.  The exhibit flows naturally, but is filled with excitement and energy, two qualities that are essential for both exhibits and fashion photographers alike.

“Most fashion photographers have the challenge of trying to create work that fits the expectations of the job that is at the same time creative and expresses something of their own aesthetic,” Harvigna said. “But more importantly, [work that is] is eye-catching, so that when it’s in a magazine and people are turning the pages they’ll maybe slow down and actually look—really look—or remember the picture.”

And the photographs featured in the exhibition are certainly impossible to forget. Each one is infused with a sense of confident ease, but still made interesting with visual risks. Hiro’s black and white photographs are elegant, and his colored ones are shocking, burning into the viewers’ minds and conveying a sense of joy. His photographs are not just pleasing to the eye, but exist on an intellectual level, betraying the care with which he composed each photograph.

“If you see current fashion photographers, you can see that [Hiro’s] work has inspired them,” says Harvigna. “He took a very long time for his shoots, he would plan what he was going to do very meticulously, the making of each picture is a long, slow deliberate process, and I think you see it in the work.”