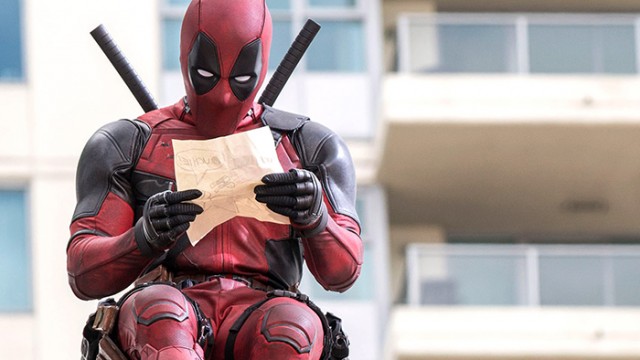 It’s strange to say that Ryan Reynolds’ best performance has him in a huge, tan, fur-lined coat with a tank top that has Bea Arthur winking and pointing out at the world, but it’s probably true. And that’s only seeing Wade Wilson before he dons his infamous gaudyred suit and two katanas. While it’s impossible to see into the futures of Hollywood’s brightest stars, Deadpool is Reynolds’ best movie to date, and it may very well be the actor’s best bout of his entire career.

Fans of the notorious superman Deadpool (who in no way deserves the title superhero) know exactly what they’re walking into when they go to see Deadpool. For those who are unfamiliar with the man in the red suit—be warned. This is not your average superhero blockbuster. Deadpool is quite a bit more grisly than the slew of superhero movies that have graced the silver screen (excepting Kick-Ass, of course). Even when compared to Nicolas Cage’s Kick-Ass, Deadpool is about the bloodiest caped-crusader film around.

After being diagnosed with a highly probable terminal cancer, Wade Wilson reluctantly seeks help from a mysterious organization that claims it can cure him and give him superhuman abilities. Upon arriving at the ominous treatment center, Wilson finds that, while the organization may cure his cancer, the organization’s leader intends to sell him into slavery after he has been given his superpowers. Wilson is held captive and tortured until his super-mutation unlocks itself, scarring Wilson’s body grotesquely. Wilson breaks out of the treatment center, effectively made immortal by his regenerative mutation, and decides to take his anger out on the head of the organization, Francis, hoping that Francis may be able to fix Wilson’s almost unbearable deformity.

While all of that sounds pretty dark and disturbing, don’t be fooled. Deadpool’s greatest strength (and maybe its greatest weakness in rewatchability) is its humor. Deadpool and mainly Deadpool are hysterical. The film’s fourth wall is obliterated right from the first second, and it is no in way rebuilt throughout the entirety of the film. For those who haven’t read the Deadpool comic books, Wilson is fully aware that he is a fictional character. He speaks directly to the audience a plethora of times throughout the film, staring straight in the camera as he does so. He’ll even go so far as to reference other superhero films and their actors to other characters in Deadpool. With all of that in mind, Deadpool is unlike any other movie experience imaginable.

When it comes to Deadpool’s casting, Reynolds was the divine choice for Wade Wilson. To be fair, he’s been Deadpool before. Reynolds made his first appearance as the man in the red mask (without the red mask) in X-Men Origins: Wolverine. Fans and Reynolds alike, however, would love to imagine that that film never existed. Reynolds himself apologized for his role in Origins, and it’s easy to imagine he feels he’s done Deadpool justice with Deadpool. He’d be correct in thinking so too. Reynolds’ delivery is what makes Deadpool’s humor tolerable. Deadpool is rife with a treasure trove of great jokes, but many of them are so crude and unrefined that if it weren’t for Reynolds’ likeability, Deadpool would be an atrocious mess.

Having said all of this, Deadpool’s self-awareness may elicit side-tearing laughter, but it also rips away any fabric of investment in the story at play. That is, on the other hand, exactly what the film strives to do. Usual story archetypes are embellished and pointed out to an absurd extent, and while this may be incomparably funny after a first watch, it’s hard to imagine Deadpool’s humor holds up much longer than that. Deadpool succeeds entirely in tearing the superhero movie concept to shreds, but when its jokes lose their edge after a few viewings, it’s hard to say what would be left of the movie.

This makes reviewing Deadpool very difficult. The film makes for a great two hours of fun the first time, but the experience borders on not being a movie. In many ways, it feels like a blown-up Funny Or Die clip with a big budget. Like most Funny Or Die skits, Deadpool may be pretty funny, but its humor is so rough and ragged, it’s hard to tell how well it would hold up past seeing it the first time. Fans of Deadpool will probably love the film treatment of their beloved anti-hero, but for people entering Deadpool not expecting what Deadpool is, they’re likely to walk away scratching their heads asking, “What the hell was that all about?” 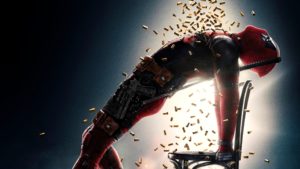