Home » Del Frisco’s Embraces the Cold for a Good Cause 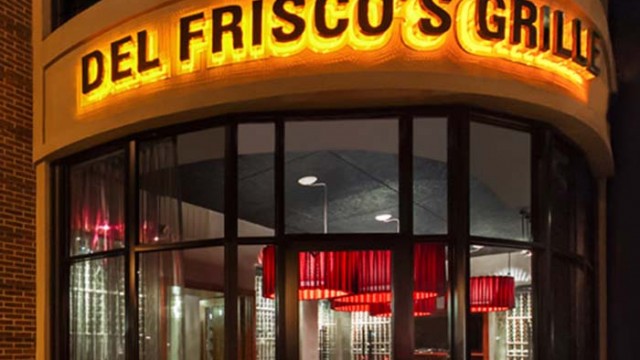 Del Frisco’s Embraces the Cold for a Good Cause

Once in a blue moon, spending your night standing in the frigid Boston air has a purpose, and Thursday is definitely one of those nights.

Inspired by the Arctic Blast that recently shocked the Northeast, Del Frisco’s has partnered with the Salvation Army to put the frigid temperatures to good use.

During the Polar Bear Dinner, guests will be challenged to eat their meals outside, braving the cold winds so that others might not have to. Those interested only need to show up at the Grille’s Burlington location at 7 p.m. with an empty stomach and plenty of layers.

“For the Burlington location the cost of a prix-fixe meal is $55 for an hour and a half of eating outside,” said Nicole Berrio, a spokesperson for the Grille’s event. “A portion of those proceeds, 15 percent of each prix-fixe dinner, will go directly to the Salvation Army.

The longer that guests eat outside, the more money is donated to the Salvation Army, but obviously we are encouraging people to brave the cold for as long as possible, to finish out their meal, so that the most money can get donated to the foundation.

Del Frisco’s also attempts to source many of its ingredients locally in order to make its flavors and cuisine as authentic as possible.

The menu will feature some of Del Frisco’s most popular and hearty items in order to keep customers cozy in braving the outdoor air. This includes items such as the famed cheesesteak egg rolls, as well as more traditional items, such as the Grille Prime Cheeseburger and the Prime Beef Short Rib Stroganoff.

Drinks and dessert are also included in the meal, with comforting and warm options, such as Del Frisco’s Hotty Toddy and its Warm Chocolate Cake.

Del Frisco’s currently has no projections as to how high the dinner’s resulting donations might be, but tits locations are eager to see the event’s success, as it is their first ever Polar Bear Dinner.

“It is the first time that we have launched this series,” said Berrio. “We are offering these Polar Bear Dinners both at the Burlington Del Frisco’s Grille and the New York Del Frisco’s Grille, those are the only two of all of the 19 Grilles in the country hosting them.”

This means that this week’s Polar Bear Dinner is a much-anticipated trial run. If all goes well and the event proves successful, the Polar Bear Dinner could become an annual event that takes place at nationwide Del Frisco’s locations. But regardless of the night’s overall success, any revenue that results from the dinner will directly aid the Burlington community.

Those who choose to attend Thursday night will be supporting a cause that has a significant impact on the community, in addition to having the chance to create unique and delicious memories.

“It should be a fun night,” Berrio said. “We are hoping to have a lot of people come out, and embrace the cold so that others don’t have to.”