Home » Fuel Your Passion: The Literary Publications Have Joint Showcase on Thursday 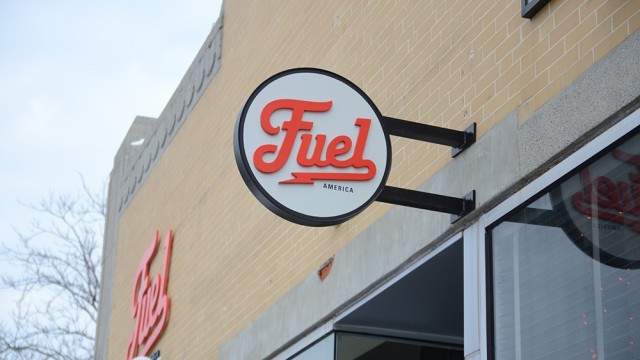 Fuel Your Passion: The Literary Publications Have Joint Showcase on Thursday

Nowadays, conversations often don’t contain more than simple, scattered text messages riddled with emojis. The interpersonal connections many take for granted have begun withering away rapidly. The literary publications at Boston College are hoping to change that.

This Thursday, Feb. 25 from 7 p.m. to 9 p.m., in a joint effort between the Laughing Medusa, Stylus, the Medical Humanities Journal, Slam, and Other Americas, the literary publication community is taking over Fuel America in Brighton during their “Fuel Your Fire” event.

The event, which will feature an open coffee bar and a wide selection of pastries, hopes to expand the reaches of the creative community within the BC student body.

It will also have poetry readings, slam performances, and readings from all five organizations hosting the event, as well as a special performance by BC bOp!

Jennifer Heine,  the events coordinator of Stylus and MCAS ’16, believes that the event will be a good opportunity to feature the work of the organizers.

She said that this event will be different from other more formal poetry readings in that this will be more of a social event in a more informal, safe environment where everyone is there to either showcase their work, support those performing, or to take all of it in.

“I hope that people [are] going [to] get excited about the creative forces at BC,” she said. “We sure are.”

Fuel America was chosen as the site of the event because of its existing connection with the BC community, with many students spending their mornings or afternoons there.

“People and students come and spend their entire day here,” said Gabriel Ferreira, manager of Fuel. “They can relax and do their work. It is an experience that is unlike that of Starbucks or Dunkin’ Donuts—we aim to celebrate the people.”

Kaitlin Astrella, editor of the Laughing Medusa and MCAS ’16, said the venue was chosen due to its close proximity to campus and its familiarity to the student body.

“I’m there all the time,” Astrella said. “I wanted it in a bigger and safer space for all writers, especially women writers.”

Astrella also hopes to bring the literary community closer and make it stronger. For her, listening to other people perform allows creativity to flow throughout the entire audience.  Plus, she added, all of the writers and performers “do cool [stuff].”

Listening to others perform often inspires her, Astrella said, because seeing individual styles creates a special environment and a connection between the performers and the audience.

Regarding her goals for this event, one of the biggest driving factors was to bring together all of the other publications in one room and to become familiar with both their work and the individuals that make it happen.

“It opens up a lot of people to new ideas, and [I] hope that they make new connections as well,” she said.

When the idea first came to fruition, all the publications were very receptive and excited at the possibility of having a joint event that is different from what has been done before, Astrella said.

Looking toward the future, Astrella and Heine hope that this type of event where many publications showcase their work together will become a more common occurrence. But for now, this is a good start. 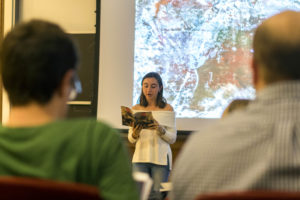