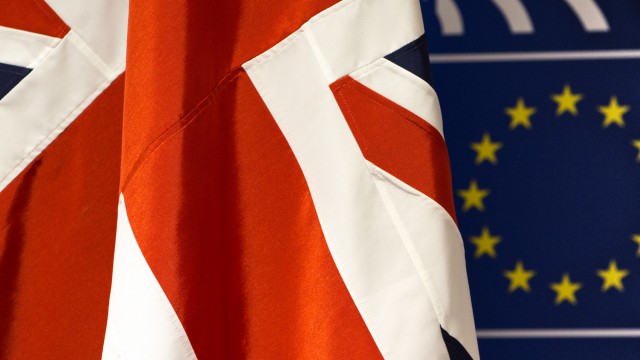 The Art of British Culinary Competition

Does anybody like British food? Anybody besides Brits themselves? As far as I’m concerned, the only highlights of British cuisine are served at teatime, smothered in clotted cream and fresh raspberry jam. Turn up to any truly British restaurant and the pickings are slim. I say this all as an Anglophile and foodie, someone who has lived and cooked and dined in England. I tried to love British food, but that love was cold and unforgiving.

Despite this culinary black hole, England has produced something that could transform the American food experience. No, I’m not talking about scones or chicken tikka masala. I’m talking about The Great British Baking Show, the most delightful food competition show to hit American soil.

The premise is simple. Ten amateur bakers compete in three rounds: a signature bake, a technical challenge, and a showstopper. They bake in a giant outdoor tent. The music is light, the furnishings are pastel, and a quaint British garden peeks out from the tent windows. After the three rounds, judges Mary Berry and Paul Hollywood award one contestant with the title of Star Baker. The weakest baker is asked to leave.

This show sounds familiar, yet there’s something unmistakably different about it. When the judges offer praise, the cameras cut to the contestant’s face. What you see isn’t the steely confidence of an American showman, but rather the quiet glow of pride. Their eyes light up and a soft smile spreads across their faces. I melt every time. When Berry complimented 17-year-old Martha’s goat cheese biscuits, I nearly jumped up and cheered. Later, when contestant Enwezor was voted off the show, Berry reassured him: “Your family should be very proud of you.” That very human touch seems characteristic of the show, which seeks to emulate the comfort and familiarity of baking itself. In stereotypical British fashion, the tone is polite and utterly civilized.

To a critical viewer, The Great British Baking Show may seem a bit weak. After all, it’s a competition show. One would expect some drama, some disappointments, even a tear or two. But something the Brits understand, something us Americans may have forgotten, is that tears don’t belong in the kitchen. They certainly don’t belong at teatime, not when there are scones to eat and cakes to marvel at. Something more important than competition is taking place on this show. With each carefully crafted pastry, these Brits are reaffirming their place in the culinary world. Moreover, they understand that when the food is truly impeccable, you don’t need any dramatic flair to draw attention. The universal joy in creating and sharing food is enough.

Now you might be asking yourself, where is this girl’s American pride? Don’t worry, I do watch American food competition shows. I too get swept up in the cutthroat competition of Chopped and Hell’s Kitchen, with all of their aggression and drama. I even recognize their strengths. These shows have tapped into something fundamentally American: visceral, heartless competition. They may be hard to watch, but they’re even harder not to.

Although these high-stakes competition shows seem inseparable from today’s cooking culture, they serve their purpose maliciously. Rather than celebrate the art and pleasure of cooking, they churn out endless hours of calculated drama and downright inhumanity. Where’s the joy? Where’s the pride? Where’s the comfort? It’s hard to see any of that with Gordon Ramsay spewing out expletives in the face of some scared young chef.

Perhaps the contrast in styles is what makes The Great British Baking Show seem so extraordinary. It doesn’t demand attention, grabbing viewers by the lapels and shouting in their faces. Instead, it charms them. It offers delicate pastries and cakes and a whole cast of kind, yet undeniably talented bakers. It sacrifices nothing in terms of culinary perfection. Yet it respects both its viewers and its contestants, something that cannot be said of most American cooking shows.

This concept of respect seems fundamental to cooking. Ask any chef, and I’m sure they’ll tell you the same thing: to be a great cook, you must respect food. Somewhere along the line, this respect for food has been lost. You can see it in the supermarket, and you can see it on the Food Network. Food is not sacred. It’s the basis for some greedy TV executive’s next project.

Of course, not all hope is lost. First, you must turn off the Food Network. It pains me to say it, as someone who wants to continue the conversation about cooking, but those dumbed-down, high-drama reality shows add little to the celebration of food. They’re just noise. The only shows worth watching are the quieter ones, those with a little subtlety and dignity. With Season 1 of The Great British Baking Show on Netflix, perhaps we can learn a thing or two.

Maybe I’m being dramatic. Maybe I did learn something from Chopped. But I truly believe our media reflects our concerns. If the Food Network produces shows that disrespect and capitalize on food, then perhaps we as a nation should be concerned about how we view food, and what we expect from it. Perhaps the Brits had it right all along. I don’t advocate learning how to cook from the British (keep the steak and kidney pie far away). I do, however, think we can learn from the way the Brits view food. We can tone down the drama and competition and celebrate all the comfort and support the cooking community has to offer.

Consider The Great British Baking Show as your first lesson in building culinary character. Settle in for an hour of charming contestants and impeccable baking and utter warmth. Then consider bringing that same kind energy into your own kitchen. Leave the drama for the Food Network, we don’t need it at our dinner tables.