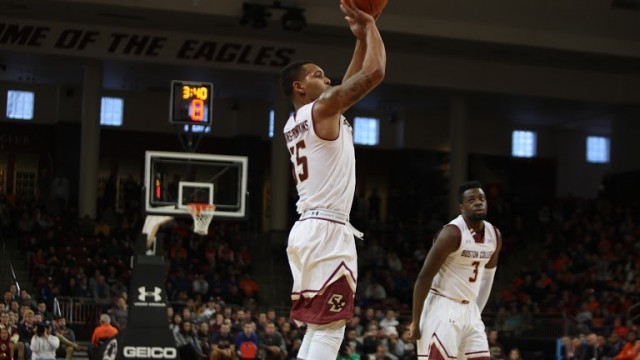 Boston College men’s basketball has made its first big offseason move. Western Michigan University senior Connar Tava will transfer to BC to play for the Eagles next year as a graduate student in his final year of varsity eligibility, as first reported by Zack Spears of Eagle Action. Not long after, Tava himself confirmed his decision via Twitter.

Excited to announce my commitment to Boston College and reunite with my guy @ajturnerr11… https://t.co/1xzsJex8Pa

Tava, listed as 6-foot-7, has played power forward for the Broncos and reportedly chose BC over Michigan. He sat out and redshirted his senior season at WMU after breaking his left foot last October. Tava cited returning with A.J. Turner, his former high school teammate, and BC’s excellent MBA program as reasons for his decision to join head coach Jim Christian’s crew.

In his first three years playing for the Broncos, Tava made a big impact on the court. He started and played in every game throughout his sophomore and junior seasons, averaging 11.8 and 12.3 points per game, respectively. As a junior, Tava also averaged more than six rebounds per game. He was given an All-Mid-American Conference (MAC) Honorable Mention for his sophomore and junior campaigns.

Tava is a welcome addition for the Eagles, who lost center Dennis Clifford this year after a first-round ACC Tournament exit. BC will need someone to step in and provide the same leadership and talent Clifford showed this past season. With a proven track record at WMU, Tava may be that person. As a junior he led the Broncos in rebounding and assists per game. Over his career at Western Michigan, he accumulated 101 steals, including 39 as a sophomore and 36 as a junior.

He will face challenges related to his height, however. The average NCAA Division I power forward is at least 6-foot-7, with the average center clocking in at over 6-foot-9—Clifford measured at 7-foot-0. Tava is on the shorter end for power forwards, and in a highly competitive conference like the ACC this may create issues down the road. Additionally, it is unclear what Tava’s role will be on the team next year—BC’s most glaring need is at the 5, with the departure of Clifford, yet the 4 could use help as well. Considering BC’s failures under Steve Donahue of putting a natural power forward at the center position (read: Anderson, Ryan), it would be hard to justify Tava checking in there.

Even so, it’s good news for the Eagles. After last year’s woeful performances, they need to show that they are actively working to improve the program. Recruiting Tava to the program does just that. It may also appeal to younger potential recruits. Tava’s announcement is the first step of many for the Eagles to take this offseason.