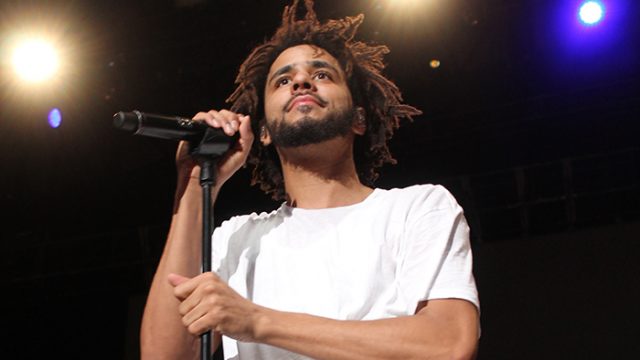 The festival was spread across three stages: the Hot 100 Stage, the Next Up Stage, and the Sun Stage. The Hot 100 Stage was the main stage of the weekend, with a capacity of over 11,000 people and a general admission pit as well as seated sections.

The Next Up and Sun stages were smaller stages set up on grassy areas just outside the venue. These largely featured up-and-coming acts.

The first day of the festival, Aug. 20, was headlined by Grande, Garrix, and Fetty Wap. Before these artists hit the stage at night, the up-and-coming artists played their sets across the three stages during the day.

Josiah and the Bonnevilles were the first band to hit the Sun Stage on Saturday. They performed songs off their EP Cold Blood. The band, made up of Josiah Leming, Stephen Johnson, and Josh Nyback, performed with great energy. Their set complemented their EP well.

Niykee Heaton heated things up with her sultry performance on the Next Up Stage. Heaton performed songs from her mixtape The Bedroom Tour Playlist, an alternative R&B record released in March.

One of Heaton’s most notable performances was “Lullaby,” in which she sensually sprawled herself out on the stage as photographers jumped over each other in the press pit to capture the moment. Her vocals were soft and soothing, and she seemed to have the crowd in a trance.

Rae Sremmurd hit the Sun Stage later that evening. The hip-hop duo consists of Khalif “Swae Lee” Brown and Aaquil “Slim Jxmmi” Brown. The two skyrocketed to fame in 2014 after releasing “No Flex Zone.” The song gained so much attention that it was remixed by Nicki Minaj and Pusha T. Rae Sremmurd released their debut album SremmLife, which featured two of their other hit singles, “No Type” and “Throw Sum Mo,” which featured Nicki Minaj and Young Thug.

Their second album, SremmLife 2, was released on Aug. 12 and features collaborations with Gucci Mane, Juicy J, and Lil Jon. The duo performed several songs from both albums.

Rae Sremmurd’s set was filled with energy, as the two men jumped around and threw their shirts into the crowd. Before starting one of their songs, they encouraged the crowd to throw whatever they had in their hands up in the air. When the beat dropped on the next song, hundreds of items flew in the air from empty (and full) water bottles to hats and mangled flower crowns. It was quite the spectacle, and the energy was contagious.

Fetty Wap was the first headliner to hit the main stage. He performed all of his hits, including “679,” “My Way,” and “Trap Queen.” Throughout several of his songs, Fetty Wap held his microphone out to the crowd to have them sing his lyrics. He also sang some of “Trap Queen” a cappella, showing off his vocal talents.

Martin Garrix had an equally notable set, with a heavy emphasis on stage production. The lights and pyrotechnics complemented his heavy electronic sound. The most memorable moments from his set were his remix of Fifth Harmony’s “Work From Home” and his hit song “Animals.” Garrix also played one of his new songs, “In the Name of Love,” featuring Bebe Rexha, and an older hit, “Don’t Look Down,” featuring Usher. His new album is set to release  in 2016.

Ariana Grande closed the festival on Saturday. The magnitude of her appearance at the festival was felt throughout the stadium, as she received the biggest crowd. The general admission pit was so full that security stopped letting people in.

Grande’s performance was polished. Her’s was the first act on the main stage to have well-rehearsed choreography and backup dancers and her set was impressive. She performed her hit songs “The Way” and “Into You,” along with many others.

Calvin Harris and J. Cole headlined the second and last day of the festival on Aug. 21. The setlist also featured more EDM artists, including Nervo, Galantis, Audien, and Marshmello.

Sunday afternoon, Skylar Grey performed on the main stage  to a crowd overheating in the blazing sun. After security guards sprayed water bottles on the clamoring crowd, Grey performed songs from her album Don’t Look Down. Her most notable performance was the song “Wreak Havoc,” which is featured in the movie Suicide Squad. With intense percussion and fast-paced lyrics, this was Grey’s most energetic song.

Coleman Hell graced the Sun Stage at 3:30 p.m. Hell sings and produces indie pop/folktronica music. At the festival, Hell was sporting a bright floral shirt and a headband, channeling a ’60s feel.

Hell was accompanied by a keyboardist and a percussionist. The way he smoothly transitioned between singing, playing the keyboard, and even helping the percussionist play the electronic drum was stunning.

“This is the part of the set where you can wave your hands back and forth ever so gently,” he said. “Or maybe a newborn child. Whatever you want.”

J. Cole’s performance brought endless flocks of people to the main stage. His performance of his hit song “Work Out” was by far the best part of his set.

Calvin Harris closed out the night as the final performer of the festival. His set up was grandiose, as his elevated DJ booth took up a third of the stage. Harris played some of his best hits, including “Sweet Nothing” and “This is What You Came For.” The lights and smoke created an infectious rave environment that was just as exciting from the front as it was from the back of the venue.

Featured Image by Adam Palasciano / For The Heights 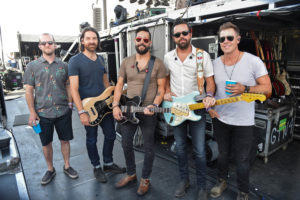