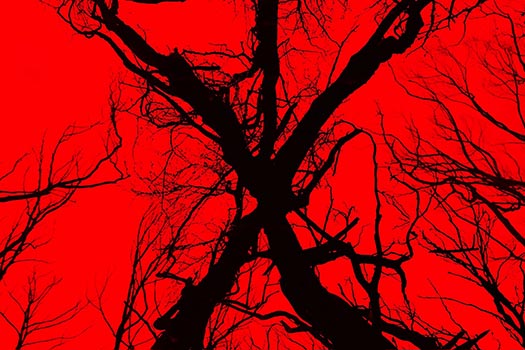 For fans of horror, the past 12 months in film have been something of a light at the end of the tunnel. Horror has suffered many missteps in recent years, but films such as Don’t Breathe, Lights Out, and The Conjuring II have done much to lend some credence to a struggling genre. As a whole, terror lovers have plenty to look forward to—unfortunately, this is not to suggest that bumps in the road don’t exist too. Adam Wingard’s Blair Witch (a sequel to 1999’s horror hit Blair Witch Project) seems to be one of these bumps.

It is easy to walk into a showing of Blair Witch with high hopes. The trailer featured a heavy focus on a found footage style of filming, a method that drove Blair Witch Project to a cult status. From the outset, Blair Witch seemed to be oriented toward creating genuine terror of what cannot be seen, rather than a classic, high-adrenaline, chase scene type of fear. It takes 15 minutes into the film itself, however, to see that this is not the case. Perhaps this should come as no surprise, truthfully—in fact, according to Adam Wingard himself, Blair Witch sets itself apart by focusing on “being chased” rather than being lost in the woods.

For those who have not seen the original Blair Witch Project, the film was revolutionary for its focus on the unknown rather than an embodiment of fear—the found footage aspect of it only serving to exacerbate this notion. Blair Witch, on the other hand, takes a step backwards. “Being chased,” as Wingard puts it, does not necessarily make for a poor film experience, but only being chased certainly does. In fact, it is here that two fundamental problems are created. First, the usage of a found-footage style does not lend itself to a “run-and-scream” type of horror film. More importantly, though, Blair Witch seems to rest on its laurels at all the wrong times because of its usage of perspective. Chase scenes evoke fear, yes, but do they push the boundaries of what the film potentially has to offer? The answer is no, but especially not when used in conjunction with a film style that does not match the film’s end goal. It was in this regard that Blair Witch Project was a masterpiece, but Blair Witch simply falls flat.

Perhaps, though, it is unfair to judge Blair Witch solely on its predecessor. It would be untruthful to argue that Blair Witch does not have its highlights—as the prime example, Robby Baumgartner, the cinematographer behind Argo, There Will Be Blood, and The Hunger Games, has once again proved his talent. More than almost anyone in the industry, he seems to have a mastery of framing tension-building shots, and is perhaps the biggest saving grace for Blair Witch. Riding on his mastery are actors James Allen McCune and Callie Hernandez (James and Lisa, respectively), who both sell their characters quite well. Strangely, the film’s writing seems to be a bit weak, an unusual misstep for Simon Barrett, the mind behind You’re Next. The weak writing can be forgiven, though—nearly every performer involved with Blair Witch adds positive notes to the film, and (in all honesty) Blair Witch Project was not revolutionary because of its characters anyway.

Remakes, as a general rule, suffer from a common problem: comparisons are killer for films with an older sibling coming 15 years before. Audiences familiar with the subject matter of a remake are bound to compare the new material with the old, thus necessitating that the new material be unique and jaw-dropping if it seeks to have any impact at all. Unfortunately, the bottom line for Wingard’s newest horror flick is that it struggles under the weight of this systemic issue—though it brings a few scares to the table, Blair Witch simply cannot gather enough steam to ever surpass its predecessor. The film is not a failure by any means, of course. No fan of the genre will regret his or her trip to the theater for Blair Witch. But with that in mind, those who loved the original film for its game-changing level of terror should perhaps steer clear—for them, there is absolutely nothing to see here.