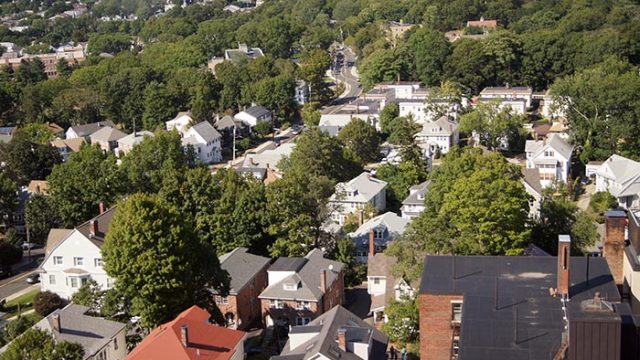 242 Foster St. Added to the Growing List of Off-Campus Break-Ins

Boston College students living on Foster St. called the Boston Police Department Thursday afternoon after realizing that two of their laptops were missing and some of the money in their wallets was gone. The off-campus house has become one of several dozen robbed in 2016.

Sam Badeau, MCAS ’18, said that they had some friends over on Wednesday night. The house has two units, and they were in the top unit when someone entered the unlocked back door and went into the bottom unit of the house. The intruder took two laptops—one from a backpack and the other from a desk—and cash from two wallets.

Badeau believes it was not someone whom they had over who took their belongings, since they only had 20 of their close friends at their house.

Normally, the students keep all of the doors locked. They are not sure exactly when the intruder came into the house. They were going up and down between the two units throughout the night, but Badeau said the person must have entered between 10 p.m. Wednesday and 2 a.m. Thursday.

“We were in the house, literally just upstairs, when some guy just walked into our house, took it and left, and we didn’t find out until the next morning,” he said. “He must have just slipped in for five minutes. It’s pretty crazy.”

This trespassing incident comes amid a string of off-campus break-ins that has been ongoing since last December. The most recent break-in was at gunpoint on Lake St., and there were trespassers found at 235 Foster St. last week.

BPD was not able to confirm a report of a breaking and entering from 242 Foster St.

Brian Denton, CSOM ’18, was the first to realize that his laptop was missing. When he asked his roommates if anyone had seen it, they all realized that they too were missing a laptop or money, including Badeau.

“I was at work, and I reached in my back pocket, took out my wallet, looked in, and my cash was just gone,” Badeau said. “It was super scary, but I still had my laptop.”

At approximately 12 p.m. on Thursday, Denton called BPD. He said that an officer came and asked for his and his roommates’ names and phone numbers. The officer also took note of what was missing, the value of what was missing, and the serial numbers of the stolen laptops. The officer told Denton that he has had a lot of cases like theirs—college students who are living on their own for the first time and are robbed.

Badeau tried to use the Find My Mac app to locate the laptops, but he could not find them because the computers were not connected to Wi-Fi. He used the app to lock the computers, however, so that whoever has them can’t get onto them and take their personal information such as passwords and credit card numbers.

“We’re assuming they’re gone—there’s no chance we’re getting them back now,” he said.