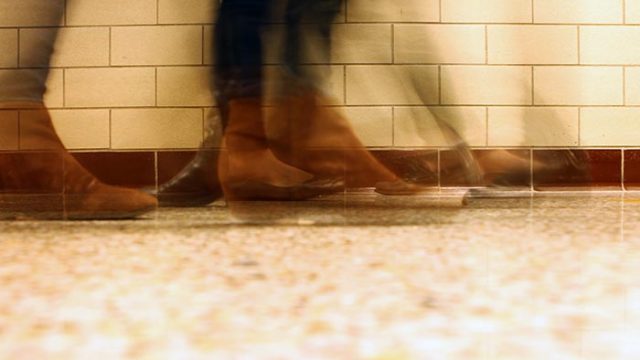 Faculty FitBit Competition May Step Over the Line of Fair Play

With the emergence of wearable fitness technology, it seems that office-wide FitBit step contests have become the norm for health-conscious companies everywhere.

At Boston College, the Walk Across Campus program is inspiring faculty to get healthier every day. The results have also become apparent—some participants have reported losing as many as 20 pounds by participating. But according to one frustrated professor, some members of faculty have been abusing the game for financial gain.

According to Charlie Hoffman, a professor of physics at BC, several staff members have been racking up hard-to-believe step totals.

The three metrics that are awarded with prizes are total steps, flights of stairs, and active minutes, which is defined as extended periods of continuous physical activity.

By these metrics, the FitBit data suggests that some BC faculty members have been completing daily marathons.

“This competition began as something that was really fun, but then as the semesters were going by, people began putting up numbers that were really kind of absurd,” Hoffman said.

Hoffman, with the support of several staff members, wrote an email to the director of the Healthy You program, which is the sponsor of Walk Across Campus.

In these emails, Hoffman expressed his frustration not only at the ludicrous nature of the total step counts by some staff members, but at the hypocrisy of rewarding such behavior. After several emails, the director responded, completely failing to acknowledge any wrongdoing.

“There is financial gain for unethical behavior here,” Hoffman said. “It takes away from people who are actually walking 20,000 steps a day.”

The core of Hoffman’s frustration lies in the fact that if such a behavior were committed by a student, he or she would likely be subjected to a hearing from the academic integrity board. Although the repeated offenders do possess alibis to explain their massive step counts (insomnia has often been cited as an alibi of sorts), Hoffman believes the numbers are not possible.

The biggest of these offenders, a BC carpenter, consistently logs around 50,000 steps per day, equating to a full marathon of walking on an average weekday. On weekends he claims to walk even more, something like 30 miles.

According to Hoffman, this member of the BC staff consistently logs more than 16 hours of active minutes, meaning that he is performing extended physical activity for 16 continuous hours per day.

As Hoffman pointed out, that means that for every hour he is awake, he is walking. This spurred Hoffman to try and garner some support for his cause of step verification.

“Well I thought, at what point does this become ridiculous?” Hoffman said. “The fact that these guys are 50 percent ahead of the next leading step -getters is what made me want to mess with them.”

So Hoffman devised an experiment. Bringing a rocker to work—a device that simply rocks back and forth continuously and repeatedly—Hoffman racked up a whopping 200,000 steps in one day.

He openly acknowledged that he was “supplementing,” as he calls it, in his emails to the director, yet even this was not enough to convince the program to verify step counts.

In the online database, he encouraged one of his coworkers to simply lie and enter a 40,000-step day, and the program accepted the input with no FitBit verification involved.

It was only when Hoffman changed his name to Jaqen H’ghar—an assassin from the popular series Game of Thrones—and entered his height as 9-feet tall, that the program was prompted to raise any red flags regarding his numbers. It was decided, however, that he simply had a defective FitBit rather than a method of supplementing his numbers.

“It was a nice small victory to get them to finally acknowledge that not all of the numbers were correct,” Hoffman said. “But the word ‘cheating’ was never mentioned.”

It is not hard to see why supplementing step count numbers is an enticing option for some. For the first several years of the competition, top prizes included rewards such as having all health care costs covered by the University. This is no small prize, and can run into thousands of dollars over the long term.

As Hoffman has expressed, it is frustrating on behalf of non-supplementing staff and hypocritical on the part of the University to reward those who so blatantly have found ways to increase their numbers.

Even an act as small as attaching the FitBit to a pant leg and bouncing a leg can create steps, but the highest step counters are doing more than this. Racking up 950 active minutes every day requires more than nervously bouncing a leg.

“It’s so absurd,” said Hoffman, noting the size and cost of the prizes involved. “It seems ridiculous that the program rewards, and now encourages, unethical behavior.”

Although the prizes have significantly decreased in value in recent years, Hoffman’s point remains valid. The University ought to uphold integrity standards in all methods of competition, whether by student or staff. Rewarding this manipulative behavior solely because it is inconvenient to verify the information is as unethical as the behavior itself, and Hoffman simply wants to bring this to light.

“Of course I would never accept the prizes with my 200,000-step days,” Hoffman said of his own experiment in manipulation. “I just can’t stand seeing this behavior rewarded with such significant financial rewards, it just isn’t fair.”