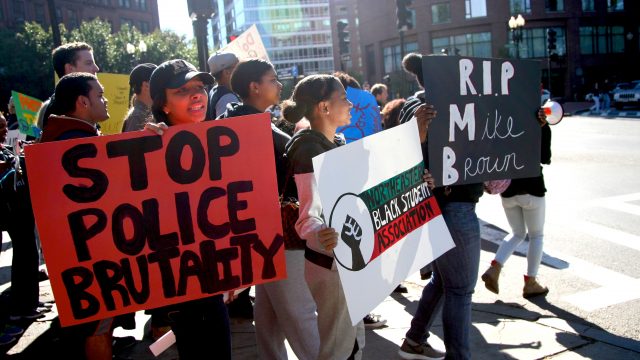 Why We Need Black Lives Matter

Black Lives Matter is not All Lives Matter. It’s not a movement for segregation and isolation. It’s the opposite. It’s a movement for unity among different people. In fact, the problem with race in America is that we spend so much time as a nation wanting to be the same that we never spend time recognizing and appreciating difference.

To recognize difference and to see color is the first step to healing and recovering from the national trauma and tragedy that we have never truly healed from: slavery.

Slavery broke up families in the name of building the national economy. Slavery was state-sanctioned by the very creed and constitution of this country. It broke backs to pay bills. There was a racial order to slavery that persists today. Not only through the various incidents of white cops hurting black people. It’s much deeper than that. The cops in Baltimore that murdered Freddie Gray were not all white. In fact, that was a multicolored police militia. Therefore, Black Lives Matter is agitating something deeper than color line. The Black Lives Matter movement is an attempt to address the consciousness that has seeped from the history of slavery into contemporary life in how law enforcement and society understand and interact with black identity, which has been and continues to be disregarded, with not a care or concern if we live or die under state-sanctioned authority. In slavery, the state-sanctioned authority was in the form of plantation owners and overseers. Today, law enforcement and judges stand in that position, as those are the positions of leadership that have the power and influence to determine, relegate, persecute, and execute black life.

It’s because we have not healed from the transatlantic slave movement that Black Lives Matter is now the legacy that we have inherited and must take time to understand.

Black Lives Matter is an cry for attention, not a tantrum. It’s inherently political and activist in form, in that it is a social SOS banner being waved, as if to say that we are hurting, we are dying, we are bleeding, and we are in a state of emergency. The bleeding has to stop for our survival. The banner is being raised as a direct result of the murder of unarmed black people across the country by police because of the hue of their skin, which provokes fear, notwithstanding any actual harm imposed.

Black Lives Matter represents an understanding of the apartheid-like law enforcement treatment that is understood in the mass media as “police brutality.” Treatment by law enforcement in South Africa during apartheid and police brutality in Ferguson share a difference in name—but certainly not a difference in treatment and effect. The treatment indicates that racial priorities place black lives at the bottom, discarded by legal systems that can’t be consistently relied upon for justice in a way that feels, if not right, at least compensatory for injustice.

Therefore, in many ways Black Lives Matter represents the racial social order of American life, and especially the way that we understand the treatment of unarmed black citizens, regardless of gender. After all, like the mass media attention given to the travesties of state-inflicted harm done toward black lives since the invention of the camcorder, the movement itself recognizes that black women and men are susceptible to the fatality of police violence. The Black Lives Matter movement is a recognition of this treatment, these murders, as a vicious historical treatment that did not begin with cell phone documentation of these murders. This movement is acknowledging the trauma and tragedy of this treatment, which began with, and has continued from, transatlantic slavery.

Black Lives Matter is an acknowledgement that the legal system cannot be relied on to always find justice. Some examples in our nation’s recent history are the cases of Trayvon Martin, Eric Garner, and Gray, in which there were no indictments for their deaths at the hands of law enforcement. Thus, this movement realizes that our laws and our police officers cannot be depended upon for justice.

Black Lives Matter is not named  All Lives Matter because the “all” stated at the beginning of the Constitution has not actually protected all. In fact, language like “all” and “we the people” has been used to separate out and isolate blackness from traditionally understood inclusive language. This fact is demonstrated by the community service sentencing that an offender and murderer of black life receives for the killing of an unarmed black American citizen, the un-sentenced treatment of state-sanctioned violence by police authority, and the legal right for law enforcement to rely on a person’s skin color as the only justification needed to prove someone is suspicious. To say “All Lives Matter” won’t help to keep black people alive or at least draw attention to these issues. It hasn’t before, so there has to be an alternative. Black Lives Matter is that alternative.

black lives matter
Poor Comedies and Politics: An Inescapable Reality
The State of the Election 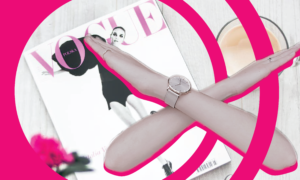