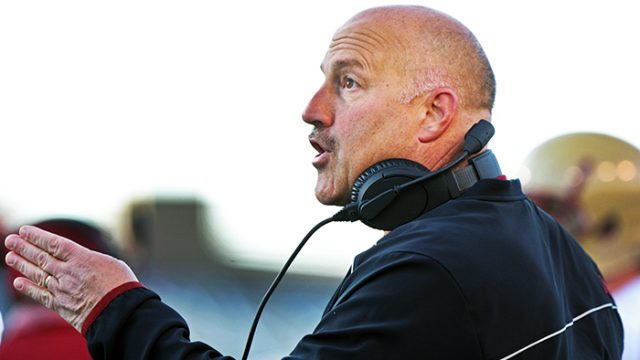 One day after revealing an extended four-game series with Rutgers, Boston College football announced that its first-ever meetings with Kansas will take place in 2019 and 2020. The Eagles will host the first of the home-and-home series before traveling to Lawrence to take on the Jayhawks.

In the past, BC has had mixed results against Big XII competition. The Eagles are 22-28-1 all-time against current members, but own a 11-7 mark against all teams not named West Virginia, which frequently faced BC when both were Big East schools.

“We continue to look for games against Power Five non-conference opponents and are happy to announce this series with Kansas,” Director of Athletics Brad Bates told BCEagles.com.

As of late, Kansas football has seen its fair share of struggles. The program has limped to a 17-70 record since 2008, and has gone through four head coaches during that span. The Jayhawks have either finished last or second-to-last in every year since then, most recently posting a 2-10 mark—an improvement, still, over their winless campaign in 2015. The losing culture has also affected recruiting. Since 2010, the Jayhawks have been out-recruited by 49 mid-major teams, most among Power Five schools. Not far behind are the Eagles, coming in at a close second with 48.

The addition of Kansas completes the nonconference slate for 2019, which includes Notre Dame, Rutgers, and Richmond. The 2020 nonconference schedule is now also solidified, featuring Ohio, Purdue, and Holy Cross. 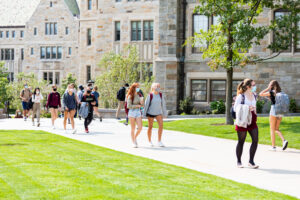