New York Times Published Study Has BC Among Nation’s Wealthiest

The Upshot, a data and analytics blog run by The New York Times, published a study on Wednesday night that maps financial data at American colleges and universities. Boston College students reportedly have a median family income of $194,100, ranking 21st out of 65 elite colleges, and 70 percent of students come from the top 20 percent of earners, ranking 22nd, according to the study.

The article’s introduction states that “some colleges are even more economically segregated than previously understood, while others are associated with income mobility,” though it does not explicitly criticize BC. Representatives from BC were not yet available when contacted for comment late Wednesday night.

The Upshot’s report is based on millions of anonymous tax records taken from schools that participate in Title IV federal funding. The study measures both access and outcomes and mobility. Its access figures are based on students born in 1991, or roughly the Class of 2013. Outcome and mobility figures are based on students born between 1980 and 1982, who are now about 35, around the age when relative income stabilizes. The study does not include international students.

The Upshot also reported that BC is one of 38 colleges that has more students from families in the top 1 percent (16.1 percent) than students from families in the bottom 60 percent (15.2 percent). Families from the top 1 percent are reported to earn over $630,000 a year, while those in the bottom 60 percent earn $65,000 or less.

BC ranked 19th out of 64 elite colleges in median student income at age 34, with $71,800. At 56 percent, it ranked 17th in the share of students who moved from the bottom fifth of earners as children to the top fifth as adults. At 11 percent, BC ranked 38th in “overall mobility,” or the likelihood that a student moved up two income quintiles.

The New York Times also ranked BC against other contemporaries, such as schools in the Atlantic Coast Conference, other Massachusetts schools, and all of the nearly 2,200 schools it analyzed. When compared against these schools, BC often ranked very high or very low in each of the aforementioned categories. More information about these statistics can be found at nytimes.com. 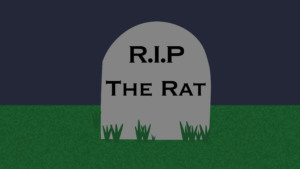