Home » Train’s ‘A Girl, a Boat, a Bottle’ Provides a Sunny Escape 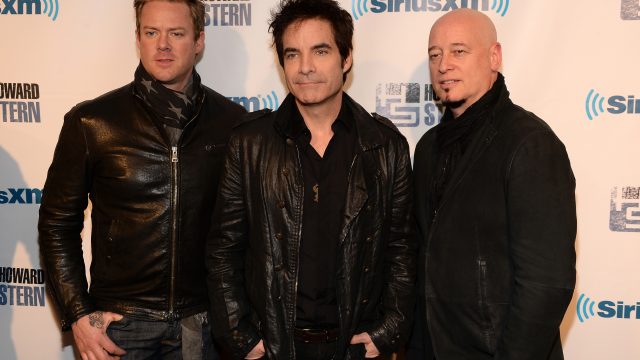 Train’s ‘A Girl, a Boat, a Bottle’ Provides a Sunny Escape

You sing along to its song “Hey, Soul Sister” when you want to relive your middle school years. You cringed a little when it sang about a two-ply Hefty bag to hold its love in its song, “Drive By.” Last Friday, Train released its newest studio album, A Girl, a Bottle. a Boat, which is filled with more catchy tracks to add to its already impressive discography. Balancing nostalgic memories with an idyllic sense of happi ness, the album works to create a brightness that is fun, but might burnout listeners who become increasingly acquainted with its sappy sentiments.

The album opens with “Drink Up,” using carefree ideas and understated desperation to explain the finite nature of life. The danceable pop song features a bossy chorus, barking at listeners to “drink up” and “take this moment / And put it in a glass / If you want a sip, I got memories on tap.” The cleverness of inverting the relationship between memories and drinks adds to the fun of the song, and introduces listeners to the nostalgic and copiously upbeat tendencies that appear throughout the album.

“Play That Song” samples the familiar melody from “Heart and Soul” by Hoagy Carmichael and Frank Loesser to promote serious good vibes in this extremely radio-friendly piece. The music’s easiness and fondness of memory is accentuated by the request to “play that song / the one that makes me think of you,” which is a heartwarming, if not wildly unique, statement.

One of the more amusing tracks on the album, “The News” brings attitude and drama to the album with its story that takes the concept of going crazy over love to a whole new extreme. The song’s persona has been forced into a life of straight jackets, lithium meds, and rubber rooms as a result of his love-crazed state. As if that weren’t concerning enough, lead singer Patrick Monahan asks his love, in an almost paranoid request,  to “turn on the news” because “they’re talking about me, like I’m going crazy.” The singer’s relationship is shown to be on the rocks through these rampant lyrics and the song’s falsetto hook, which quickly captures the listener’s ear.

Touching on the quaint comforts of domesticity as the band has done in the past à la “Drops of Jupiter,” “What Good Is Saturday” laments missing French toast and coffee as unfortunate signs of the absence of his significant other. The sense of longing becomes tangible when the lyrics gripe, “Cap’n Crunch tastes like cardboard” and complain about having to resign to “keeping up with the FIFA scores.” These humorous lyrics inspire sympathy in the listener, and the endearing track’s appearance in the back half of the album serves as a welcome break from the cloying sentiments that course through the other songs.

Transitioning to feel-good tunes, Train explores a myriad of different ideas separate from ones of love and heartache.“Working Girl” speaks out against the narrative that flashy cars or extravagance lead to happiness. “Loverman” adds a mild sense of tension to the album with pleasantly haunting a cappella vocals amidst mentions of starry skies and clouds, while “Valentine” uses a cappella vocals in an easygoing way, laying the cliché on heavy with uninspiring lines like “baby you’re my valentine.” The listener might smile at any of these songs individually, but together the amount of sugar in these songs is likely to lead to rotten teeth.

The penultimate “Lost and Found” goes deeper into nostalgia in the vivacious song dedicated to family relationships and strengthening bonds over time. This song gives the good and bad in life a nice gloss with a comforting and slightly repetitive musical accompaniment. While the song does romanticize the world, it seems to say all the right things in order to elicit a cheerful sense of mellowness in the listener.

The album closes with “You Better Believe,” a piano ballad continuing on the theme of people supporting each other through the ups and downs of life. Most listeners are familiar with these dynamics, allowing them to bring their own lives into the song and embrace it as a touching tribute amidst the sweeping promises that everything will be okay.

The album as a whole inspires a sense of peace and contentment in the listener, and if one can surrender some of the realist (or cynical) attitudes that run through daily life, the album can be an escape to a sunnier place.

train a girl a boat a bottle
‘Resident Evil,’ Hell Is Empty and All the Devils Are Here
Leahy, Senior Admin Issue Statement on Trump’s Executive Order