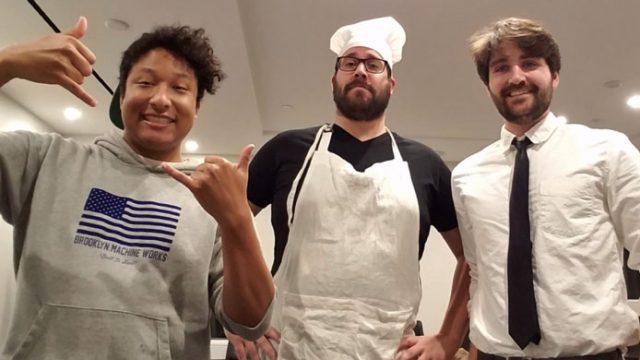 The crowd is dead silent, fixated on every move the players make on screen: “Left! Right! No not there!” Then the crowd erupts, accompanied by sweeping red stadium lights, as a game-winning arrow from the underdogs, ROX Tigers, wins the match against the defending world champions, SK Telecom T1 in a late, last-ditch effort—the equivalent of a Hail Mary situation in football.

But this isn’t football. The game is League of Legends (LoL), a 5-on-5 video game similar to basketball. The venue is Madison Square Garden, where seats sold out for two consecutive days during the World Championship Semi-Finals last year.

E-sports, short for electronic sports, are a form of video game competition. Although the term has yet to achieve household status, that reality may not be far off in the future. As of last year, LoL alone boasted over 100 million unique active monthly players.

Although the hubs of competitive gaming are often planted in areas like the West Coast and Asia, e-sports are finally showing a pulse in Boston. Balance Patch, a soon-to-be gaming café dedicated to e-sports, will open its Commonwealth Ave. doors in mid-May.

The shop is designed as a cross between a Starbucks, a computer lab, and a basement hangout joint. The primary function of the shop serves to provide premium hardware setups for gaming enthusiasts. Players can rent out stations outfitted with a gaming chair, monitor, and console—ranging from an Xbox One to a high-end PC—for an hourly fee. Just entering and hanging out, however, comes at no expense.

At the front of the store, in direct view of the street, are two large flat-screen TVs and lounge seats for players to enjoy and watch games in a group setting. In addition, Balance Patch will offer a selection of refreshments and sandwiches from its on-site café, Hot Fix.

At the very back, behind all the tables and computers, lies a designated event space modeled after a classic e-sports stage layout. Two soundproof glass booths contain six PCs each for teams to use. Modular furniture in front of the booths can transform the space into an audience venue at a moments notice, providing spectators with an open view of a projector that displays games as they are played live. The idea is to put players behind the glass, just like one would find at Madison Square Garden.

Founder Peter Lind wants to tap into the roaring interest for competitive gaming.

“[Balance Patch] gives a chance for people who have a passion for gaming to come together in a space that is relaxed and social,” Lind said.

On top of running the day-to-day functions of renting out stations, Lind wants to prime Balance Patch as a space for local competitive e-sports to thrive. He has plans in store for a monthly schedule of events, including screenings of major e-sports events, and tournaments hosted for local competitors. A potential tournament pitting teams from local universities against one another is also in the works.

Balance Patch derives its name from a developer-side routine of adjusting in-game mechanics to make for “healthier”—or fairer—gameplay. The ultimate goal is a more enjoyable and less frustrating experience for players following a “balance patch.” Lind, along with co-founders Brian Rasbury and Nick Johansson, hopes that Balance Patch will serve as a vehicle for positive change in Boston’s gaming culture.

“Video games have so long been stigmatized as a ‘basement-dweller’ activity—something that’s distinctly anti-social,” said Lind. “That’s the beauty of e-sports. That it allows for video game hobbyists to enjoy in a group setting.”

Lind reflected on his time during his undergraduate experience when he was affiliated with the school’s StarCraft team.

“We’d all be in a living room eagerly watching [the teams play] while they were competing in the other room,” he said. “It was a blast.”

Lind hopes to host various popular e-sports events, which at the moment involve PC titles like LoL, Dawn of the Ancients, Overwatch, and CounterStrike, as well as classic games like the ’90s classic Super Smash Brothers: Melee. As for competitive games that may arise in the future, Lind and his team hope to keep a vigilant eye out for new trends in e-sports.

T.J. Mei, CSOM ’20, agrees with the positives of social gaming. In the wake of a few failed attempts at starting an e-sports club before his time, Mei finally earned administrative approval for his club. Next fall, Mei will spearhead the very first Boston College E-Sports Club.

“Most sports let people collaborate with one another,” Mei said. “My main goal is to just connect people, and to make a friendly environment … so that people aren’t lonely if they are playing games. Sometimes I felt that way when I first got here [to BC].”

After finishing up final touches in May, Lind plans to get his feet on the ground while college students are off on Summer Break. When September rolls around, he said, Balance Patch will be ready to play.