Home » Hollywood Eagles Eyes a Future of BC Film Projects 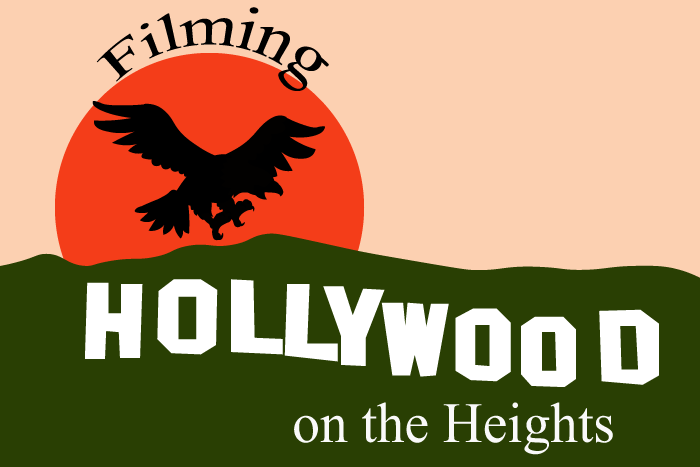 Hollywood Eagles Eyes a Future of BC Film Projects

Though a continent’s width apart and far from the stars dotting Hollywood and Vine, the Hollywood Eagles try to bring a little bit of that filmmaking spirit to the stairs and hallways of Boston College.

From  dramas, to mockumentaries, to the now infamous Mod of Cards, the Hollywood Eagles have brought down the spotlights on themselves as one of BC’s most prolific film groups. Together as a unit of creative energies, the Hollywood Eagles seek to amass student talents to create a succinct series of short films for BC and beyond.

For most through the filmmaking process, the difficulties encountered along the way are much the same, and the Hollywood Eagles are  not different. Whether it be Hollywood’s next big blockbuster or the next endeavor of the Hollywood Eagles, personnel, production, and artistic vision remain overarching areas of concern.

Artistic vision is of paramount concern for the Hollywood Eagles as they embarks on the filmmaking process. At the same time, the Hollywood Eagles are a student group which focuses heavily on integrating the input of all its members, Peter Manfredonia and Andrew Whitaker, both MCAS ’20 and the group’s president and vice president, explained. Therein lies the conflict. When the credits roll at the end of a film, everyone whose name appears should feel that the film is, in part, theirs. But, should too many hands be involved in any area of the process, the result could look more like a surrealist expose, à la Un Chien Andalou, rather than a singular, cogent short film.

To combat this, the Hollywood Eagles effectively delegate tasks to its members and writers to create a succinct, cohesive piece. As they delegate writing, directorial, and crew positions, it is key to ensure each position is staffed with a person that can most fully realize the role. One of the most important roles, that of the writer, falls on only a few individuals. The writers, as Manfredonia and Whitaker explain, give the language with which the rest of the crew works, namely in the conception of the characters. In the writers’ room, experienced and novice writers alike collaborate to create a script to fit the story the group has chosen to tell.

But the Hollywood Eagles offer one of the most unique writing experiences on campus because it is so different in its end goal. Writing for a screenplay is much different than other types of writing, especially in academia, Manfredonia explained.

“Our writing that we are used to doing for school, which are very proper and very boring, you could say, are different from writing for a film, because no one talks like that,” Manfredonia said. “It doesn’t translate to a general conversation on screen.”

The dialogue has to feel lived in by a character, Manfredonia and Whitaker explained. People talk like people, not like essays. As a result, the Hollywood Eagles really harbor the potential challenge for prospective writers to write in a new form.

That living energy seen in the creation of characters is also something the Hollywood Eagles try to convey in all aspects of production. A dynamic and lively set is crucial for a successful production. Manfredonia explained that if a director or producer is feeling stiff or disinterested, it is likely the actors and actresses will feed off that energy and deliver a role fitting that environment.

For example, last year, responding to a shortage of actors, the Hollywood Eagles had to fill their cast list with many of their cinematographic team. Whitaker explained his contributions for the sake of the team as an actor.

“When people signed up for the club, they signed up for filmmaking, not acting,” Whitaker said. “Last year we got to a point where we said ‘Who do we have who is willing to put themselves out there and do it?’”

Whitaker said it was this question that allowed him to stumble into the leading role of last year’s The Office-inspired mockumentary.

Even in the face of this new challenge on the opposite side of the camera, Whitaker was reassured by the fun derived from the whole process. Speaking to one scene in particular, Manfredonia spoke about how hard it was to maintain composure.

“We were trying to do one scene and I think we shot it at least 30 times because halfway through someone, without fail, would bust out laughing,” he explained.

“Yeah, then you forget you keep 45 quarters in your jacket pocket,” Whitaker added. “And then your jacket falls down and quarters go everywhere, […] that hysteria sets you off track for another 20 or 30 minutes.”

That kind of energy, especially present on the set of a comedy, helped create a vision that the entire crew could see and work toward. With that in mind, the Hollywood Eagles hope that fact, in addition to the enjoyment they find in the process, is apparent to viewers.

“Even if we are not giving an interview after and putting it in the post credits saying, ‘We loved making this film,’ people will be able to feel that through the performances of our actors and actresses.”

If not simply for the writing or acting, the Hollywood Eagles believe there are certainly a plethora of areas in which to foster new talents and ideas. Each individual’s varied background helps them contribute something new to the group, wherever that may be. Manfredonia discussed his own background and how it helped him within the context of the club.

“I do a little photography and cinematography. Designing shots, coming up with a shot plan, drawing my terrible stick figure picture plots,” Manfredonia said. “I always think what can I do to keep focus and draw them in with the beauty of what they are seeing.”

Despite all the fun they have in the filmmaking process, the Hollywood Eagle still hope to expand their horizons and reach on campus. Ironically, in looking to the future, the Hollywood Eagles spent a good time looking into their past. In previous years, the club had had a larger presence on campus, besides its in-house productions. Manfredonia and Whitaker discussed a great interest in expanding its ventures in film appreciation and screenings throughout the year, culminating in a film festival, hosted by the group, in the second semester of this academic year. In the future, the Hollywood Eagles would also like to work more closely with the theatre department and any of its prospective actors. The inclusion of these new talents would defer the brunt of the acting work on those Hollywood Eagles with little to no acting chops.

Speaking to the overall direction of the group, Anne Green, treasurer and MCAS ’20, laid out prospective areas of expansion.

“I would like to see Hollywood Eagles become a platform for prospective film students to practice film and grow together,” Green explained. “Although the film community at BC is small, it is important that we learn from each other’s skills, sharing our own niches and learning new ones in the process.”

As they look to this year’s production, possibly a horror film, these are the things BC Eagles keeps in the forefront of its collective mind.

As one of the most prominent groups on campus dedicated to the medium, the Hollywood Eagles certainly have a leg up, for, in many ways, film transcends words and tells a sequence of events with little more than carefully composed images.

“Most importantly, film is a medium of storytelling, and stories are art within themselves,” Green said. “We often think, how we can convey emotions and details simply through the frame, without saying anything at all?”

In this way, for the Hollywood Eagles, a frame may be worth more than a thousand words. 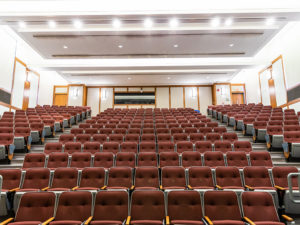