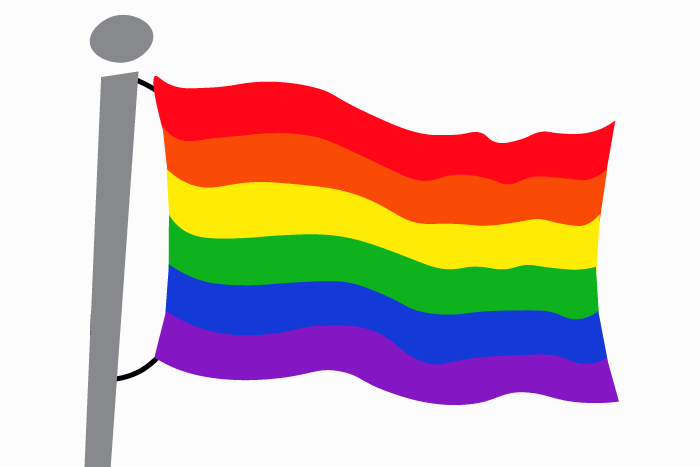 Looking Forward to a Progressive Future

Recently, Boston College announced its next 10-year strategic plan. After reviewing the new plan, it’s clear that our administration is beginning to acknowledge the concerns of students more and more.

The 10-year plan acknowledges the dramatic transformation in diversity that the BC community has seen from one generation of students to the next.

“The University’s student body and workforce are substantially more diverse than a generation ago, yet challenges remain,” it reads. “Boston College will evaluate and strengthen efforts to support diverse communities on campus and to provide care and opportunity for all who study and work at the University.”

While the lack of such a resource center is not the only nor the most grave deficiency of BC’s administration, its absence highlights an administrative shortfall and hinders the institution’s ability to gain an edge against competitors such as Georgetown—which has a well-funded LGBTQ+ resource center, and is one of BC’s most notable rivals for applicants.

Leahy condemned the Trump administration’s decision to end Deferred Action for Childhood Arrivals (DACA). At University Convocation, he denounced white supremacy and its role in domestic terrorism at Charlottesville. Last January, Leahy issued a statement decrying the signage of the president’s executive order banning the entry of refugees from seven Muslim-majority countries.

There came a point where I grew tired of reading news article after news article about President Donald Trump’s inane policy whims, and found consolation in seeing Heights headlines that detailed Leahy’s overt rejection of said policy decisions. While Trump has made me feel more on edge in relation to the American body politic, it is in these moments that Leahy’s denunciations have helped me feel more welcome, more safe, and more calm at Boston College, my second home.

While simply making statements is certainly a rung below raising the funds required for establishing an LGBTQ+ resource center, it is the administration’s recent willingness to express support for marginalized groups on campus that indicates a context for the potential creation of such a center at BC.

In his address to the University’s faculty and staff at University Convocation, Leahy made it clear that the language and behavior of white supremacists and the alt-right have no place at BC.

“Since last year’s presidential election, it has become even more difficult to have respectful dialogue about such issues as immigration, race, sexuality, free speech, and religious beliefs,” he stated.

Leahy’s desire to foster productive and respectful dialogue about a variety of contentious issues is at first glance admirable, but is in reality hypocritical. Respectful dialogue is an imperative part of ensuring that students at BC feel safe and welcome—only in this type of environment can all students do their best work and be their best selves.

This is why Leahy’s inaction on our University’s lack of an LGBTQ+ resource center is the hallmark of his hypocrisy. His proclaimed desires for “respectful dialogue” on relevant, current issues are effectively thwarted by his indifference regarding an LGBTQ+ resource center. Such a center is necessary at BC because it is a space meant for the kind of respectful dialogue that Leahy so yearned for in his remarks.

It is without doubt that BC’s financial, accounting, and managerial operations require an ungodly amount of work and devotion—this column is not aimed at minimizing Leahy’s current efforts. Our University has seen tremendous fiscal growth under this administration, and as a result has given students many of the tools they need to thrive.

An LGBTQ+ resource center would serve as one of these tools for success. Allocating University funding to a space where respectful and intellectual dialogue can take place makes this kind of discussion more readily accessible to all students. For Leahy to make his wish for respectful dialogue a reality at BC, an LGBTQ+ resource center provides an excellent first step.

Leahy’s leadership puzzled me for a long time, until I began to think about the Ignatian-Jesuit characteristic cura personalis. This Jesuit value means “caring for the whole person” and is a phrase supposed to be ever-present on the Heights. While Leahy’s efforts are highly respected and very admirable, I think he too could use some cura personalis.

The whole is only as good as the sum of its parts. Our University wouldn’t be what it is without the well-being of its students, faculty, staff, and administrators.

To a positive effect, Leahy and the BC administration have improved in their communication with the student body in recent years. Although it has taken some time, it seems as though BC’s administration is moving in a direction of greater transparency and accessibility.

It is crucial, however, that in the next 10 years, the BC administration shows a greater dedication to addressing social issues, in addition to the procurement of necessary funds. This method of endeavoring in the 10-year plan is the most effective way for the institution to abide by cura personalis while meeting its other goals.

Cura personalis is particularly fascinating because it is a powerful equalizer. Caring for the whole person is something that individuals from all walks of life can benefit. Cura personalis transcends conflicts and differences relating to class, gender, sexuality, and race. Instead, it is a value that we can collectively strive to embody as students, and something from which Leahy can learn.