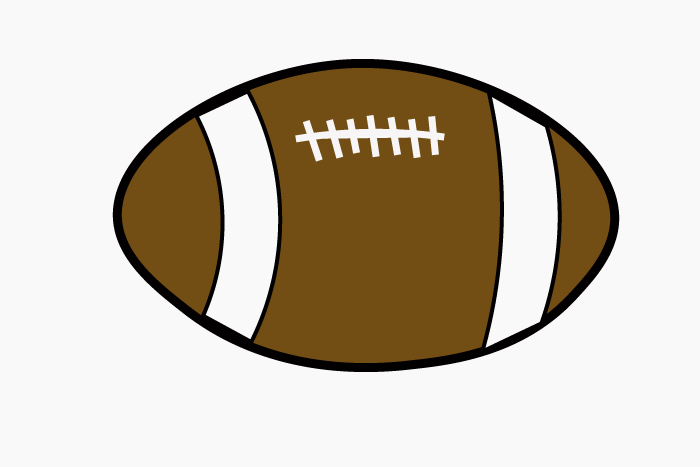 If someone were to walk up to me and say, “Hey Archer, do you want to be repeatedly tackled by a 300-lb man in front of a large crowd of friends and family until you’re covered with literal and metaphorical bruises?” I would likely reply, “No, that’s dumb. And how do you know my name? Stay away from me.”

That’s probably because I—like many people—am not a huge fan of failure and pain. If I see it coming toward me, like the large cloud of eyeballs that follows me in my dreams, I turn and run. Yet, seven years ago, when my high school offered me the opportunity to spend two and a half hours of every day in pads and a helmet trying to hit guys who were a foot taller and 100 pounds heavier than me, I jumped at the opportunity. Yup. I played football in high school. Don’t believe me? I don’t blame you. Looking back on it, it almost seems like a fever dream.

But every day, I would slide my glasses into the slit in my helmet, wrap my wrist in tape, and go out onto our muddy, pockmarked practice field looking like a bobblehead. Three whole years, and my greatest achievement on the field was an onside kick return. The beautiful moment still plays in my memory: Young Archer, bouncing back and forth before the kick, hoping that the terrible pain in his back is just a sprain and not the first sign of a lingering injury that he’ll forever regret, waiting for the ball to come his way. That chubby little fool of an Archer squatting down and catching the rolling onside kick in his arms, pulling it to his chest, and standing stock still.

He closed his eyes and shook his head.

Then, thanks to my killer instincts, I realized that I was about to be brutally tackled by a mass of rushing defenders. In a move that will forever go down in history, I froze stock still and collapsed onto my side like a fallen idol. And I lay there. And the play was over. I had recovered the kick. Angels blasted a joyful reverie upon heavenly trumpets. Or maybe that was just Harvey the right tackle farting.

Anyway, that was the peak, and even that was pretty bad. I was a massive failure of a football player. I was small and slow, and every play was an exercise in futility. By the end of my senior year, I left with a Varsity letter, a weird dent in my head, and a violent fear of locker rooms—nothing else.

I guess you could say the “camaraderie,” “memories,” and “invaluable friendships” were a byproduct as well, but I’m not about all that emotional stuff. It was a failed enterprise that left me scarred and constantly reminded me that footballing was an activity I was really bad at doing.

Most folks would say I should have run from that failure—just quit the team. But most folks would also say that cereal and shrimp don’t go together, and you shouldn’t eat that for dinner, it’s disgusting Archer, what the hell is wrong with you? Those folks are clearly misguided and incorrect.

Failure was a strange light in my life. I used it as a guiding tool, a compass. Yes, every time I went to practice I ended up being thrown halfway across the field, but after practice I could go home and write about pain, friendship, and the weird reality of hitting people really hard in a way I never could before. There was something that a short bespectacled tight end with thyroid problems and chubby cheeks could get out of football—a renewed passion for writing and an experience to write about. If it wasn’t for the years of humiliation and dread that football inspired (and also all the awesome times that I don’t mention here, because I like to make my column dark and unpleasant), I wouldn’t have fully realized that I enjoy writing a lot and am significantly better at it than at football.

That’s why now, in my latter days at BC, I’m alarmed at how cowardly I am when it comes to failure. The slightest possibility of rejection, conflict, embarrassment, fungal infection, or plain suckiness scares me away. And I’m sure it probably scares you, my beloved reader, away as well. I’m not saying don’t be afraid to try new things, because that’s a cliché, and I would rather lace up my cleats again and run suicides until I puke in the grass than write a cliché. I’m saying that failure is a reward in itself if you look at it the right way. It’s a moment that illuminates your character and shows you a new way forward. When I realized that I was a mess at football, I turned toward writing about it—channeling the suck—and instinctively knew something better was happening. You just have to look for a way to use your failure, another angle, and it becomes valuable.

Next time I find myself treating a possible failure like my insane Aunt Patricia—with great fear and trembling—I’m going to run headfirst into it instead. Let the 300-lb man tackle you into the dirt for once. Maybe the scars will teach you something amazing. Or maybe it’ll just hurt real bad. Either way—you’ll have a story to tell.