Home » Arriving at the Circle’s End 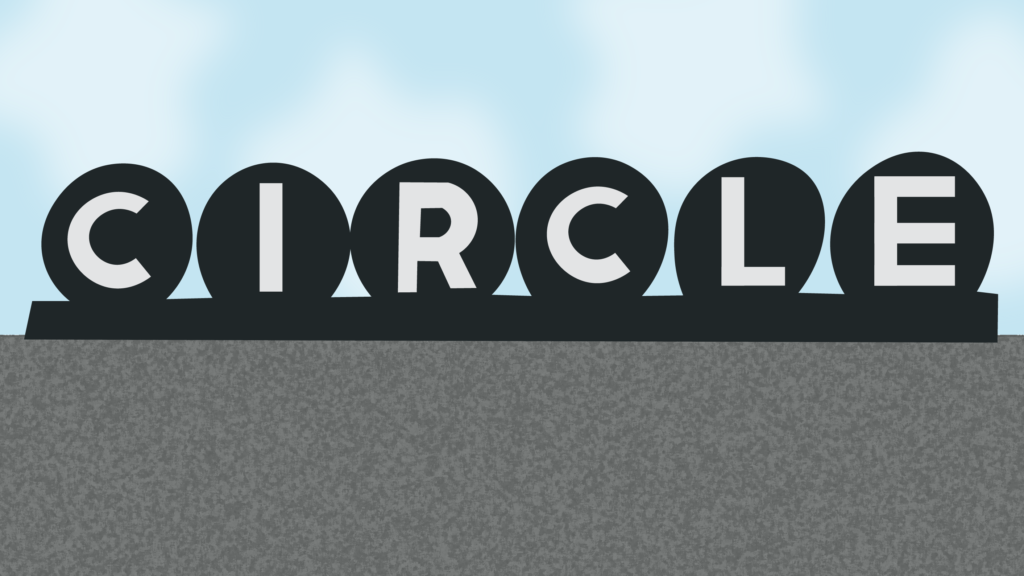 Arriving at the Circle’s End

Three years ago on a Saturday morning, I took the Newton bus to main gate, and then the Commonwealth Ave. bus to the Graveyard stop. It was actually couple stops too early considering that I needed to get to Cleveland Circle, something that I figured out after a moment of confusion. But I walked the rest of the way. I was on a mission, you see, covering my first ever story for The Heights: The redevelopment of the Cleveland Circle Cinema.

After serving the Cleveland Circle community for decades, the movie theater had shut its doors nine years ago, and the neighboring Applebee’s had followed suit just that past summer. The result was a large chunk of land perfectly perched on the outskirts of Boston, and ripe with potential for development.

I made my way down Comm. Ave. quickly, the exposed skin on my hands and face already protesting the Boston wind. Eventually, I passed something that looked like a defunct swimming pool, the deep, light-blue expanse carpeted with dead leaves, which made me worry that I was going in the wrong direction. Inconspicuously, I pulled out my phone and opened Google maps—just to check.

Thankfully, the maps told me that I was headed in the right direction. I continued straight, following a trail of crushed beer cans that shone blue against the concrete until I reached a large, vacant parking lot to my right.  On one side of the parking lot was a small, house-like building with a brown roof—this had been the Applebee’s. I raised my small point-and-shoot camera, and snapped a picture. Then I walked to the other side of the parking lot toward a towering concrete building. It was all clean lines and square angles, straightforward modern with big windows that had once allowed visitors a glimpse of passing traffic. Now, the windows were largely papered over, and vines crept up the side of the building, marring its clean lines. I circled around to the back, peeking inside and noticing a light flicker on and off.

I made my way back to the front, tilting my head up to look at the CIRCLE sign, a beloved neighborhood landmark that the developers planned to refurbish and place atop the finished hotel complex.

Raising my camera to take one last picture, I turned my back on the abandoned buildings, and retraced my steps up Comm. Ave., making my way back to campus.

I watched the redevelopment in consistent snatches. One trip to the Reservoir T station as I made my way to the Boston Society of Architects revealed the arrival of construction trucks. The next, on a trip to visit an exhibit of fashion photography at the MFA, heralded the demolition of both the empty buildings. For over a hundred stories that followed, I made my way downtown for protests, exhibits, restaurant openings, and obscure fake buildings squeezed in between other buildings. And, with each story, I watched the poles and scaffolding slowly rise from the ground.
Unsurprisingly, the structure grew taller as the months passed, then a year, then two years. It filled in, finally looking something a real hotel instead of the skeleton of one, like a place where I could one day image people living.

Not too long ago, workers replaced the iconic CIRCLE sign, raising it up and positioning it so that it looks right over the busy intersection. With a shock, I realized that the redevelopment itself would be complete any day now. Time had passed by strangely in a blink of an eye, and inching by story by story all at the same time. I felt nostalgic, in the way that one can’t help but feel when faced with a physical marker of how much they’ve aged, or—in the case of a college student—how much closer to real adulthood they’re getting. But either way it’s fitting, my first story and my last story coming to a close at the same time.

You could say that everything has come full circle. 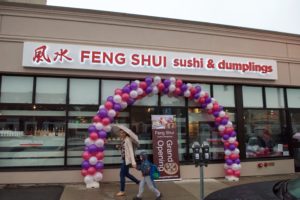 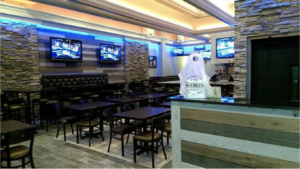