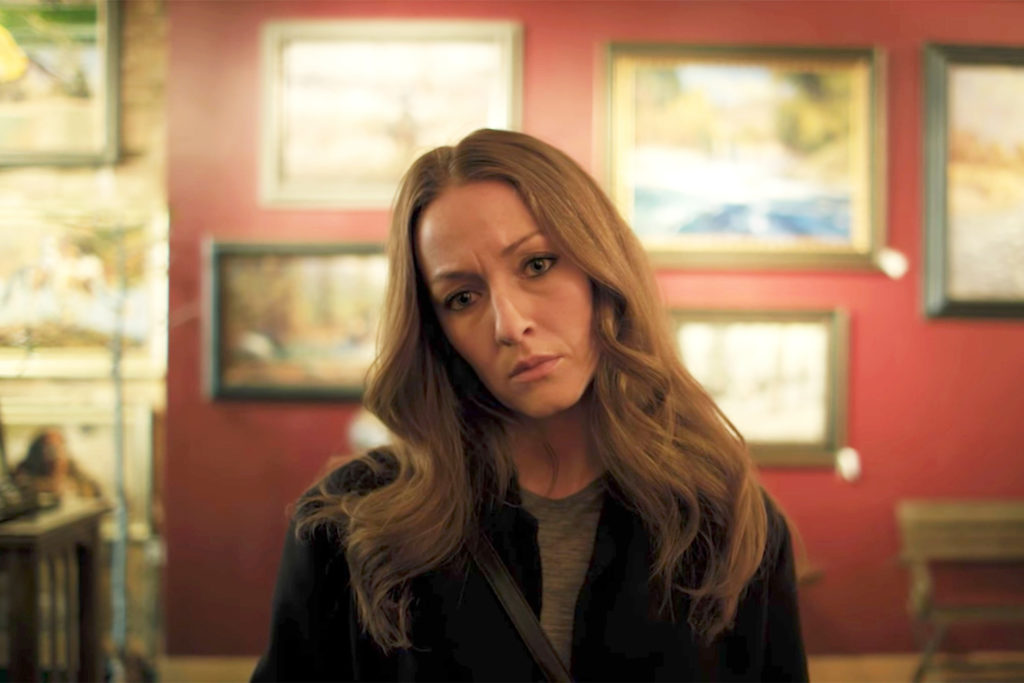 Mosiac is, fittingly, a fractured masterpiece. Steven Soderbergh’s new HBO miniseries is a complicated and confusing murder-mystery that demands attention. Originally created as an interactive phone app, it has been recut to form a more traditional six-part miniseries with the hope that the show will get the wider audience it deserves.

Soderbergh is at his best in this project, seeming to find his place in the no man’s land between television and film that is the mini-series. Each episode is around an hour long, but so well produced that each feels like it could be a movie in its own right (sometimes similar in this way to the widely popular BBC series Sherlock). The camera is personal and intense, regularly adopting vantage points.

Through mirrors or around walls to give a sense that the viewer is a voyeur. Close-up shots of faces with clearly audible salivations by the cast create a tense, personal, and slightly uncomfortable feel that hovers over the whole series, just like the best mysteries do.

The writing is sharp and realistic, each character rejecting hard stereotypes, making the detective work all the harder, and as such, all the more realistic. In the moments where there is no dialogue, the soundtrack steps in flawlessly. Synthetic bass lines with harsh reeds intensify the simplest moments, constantly setting the viewer on edge.

Sharon Stone as Olivia is incredible in her portrayal of a lonely and bitter woman, providing a strong center for the show to build a foundation on. Her two men of interest, Joel and Eric, portrayed by Garrett Hedlund and Fred Weller respectively, are phenomenal foils for her character. Both actors manage to portray characters who are complicated and mysterious but still understandable. While Stone is irreplaceable in her performance, Hedlund’s portrayal of Joel and his painful descent provide the most intriguing character arc of a series dominated by interesting characters.

What the show suffers from is what makes it so incredible: its depth. The show gives a lot of fragments for the viewer to put together, which causes some of the scenes to be a bit drawn out. Certain points seem like sheer exposition for minutes, and overall, the series progresses at a pretty slow pace, weighted by an overwhelming amount of detail. The latent tension in the scenes is enough to keep dedicated viewers watching, but too often audiences might be left wondering when something is going to pick up the pace.

As Mosaic is partnered with the app of the same name, it bears discussion here. After accepting the completely alien viewing experience, navigating around the app is surprisingly intuitive. The show might be a shade too long, but it wouldn’t be surprising if some viewers liked the app better. Every aspect of the show that is great is still there, but in an order and format that fit the detective mode perfectly. It’s definitely not perfect, but it prompts consideration of what the future potential of such a viewing experience could be.

Mosaic is a good show. It’s streamlined, and incredibly well shot, directed, and acted. Anyone looking for the next small binge of six hours would find a rewarding series in Mosaic. For the person who wants to try something new the app might be a welcome addition to the viewing experience. With more material, more mystery, and more interaction with the story, it leads to an overall more rewarding experience. Whether the experiments of Mosaic will make it past the fringe is yet to be seen, but with the explosion in popularity of the innovative and interactive trivia show app HQ, television may soon be changing. If nothing else, Mosaic is trying to be part of that change in a spectacular fashion.