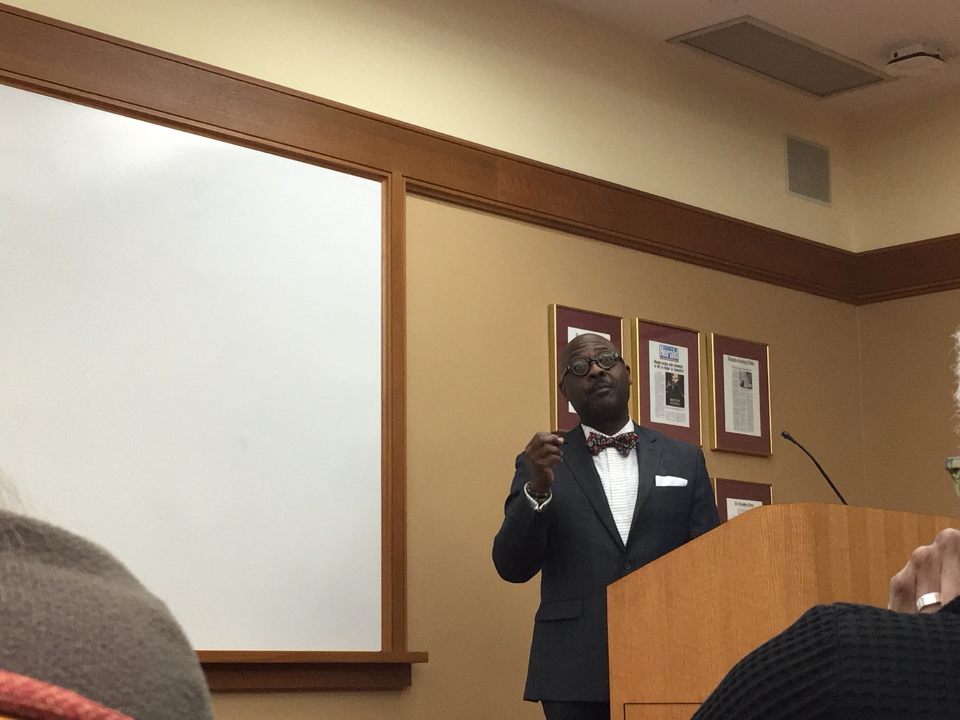 Jennings believed that mistakes made in interpreting God’s word is the root of many social rifts, such as poor race relations and border debates. For example, Jennings argued that white settlers first engaged in grouping distinct tribes and clans into reductive categories called “races.” In addition, they introduced the concept of private property—humans possessed land rather than living with the land as the Natives believed.

“It began with theft,” Jennings argued. “The land was being taken. [The Natives] were forced to isolate their bodies from the land and reduce their identities down to their bodies. Christians forced them to do this because this was how they saw the world—isolated bodies, racialized bodies, and privatized lands.”

According to him, Christians saw themselves as entitled to these actions because they read the Word of God as primary readers, rather than as secondary readers they really were, exposed to the Word by Judaism.

“Christians were from the beginning of our faith second readers,” Jennings explained. “We read after and with the [Jews], learning of God and God’s Word. [Christianity] began with a pedagogy of joining.”

Jennings also said that Christians treated everyone else as if they did not know the Word of God, which allowed them to engage in colonization and racial discrimination without considering the moral or theological implications of doing so. Christians acted as if they were the ones who God reached out to first, rejecting the notion of inclusion that allowed them to become believers in the first place.

“We moved Israel from first readers to second readers, and Christians’ reading practices became inverted so that both the Scriptures and the Word were read from the position of the first reader,” Jennings said. “First reading became exclusive reading.”

As a result of this mistake in faith, Jennings argued that the white settlers treated the indigenous peoples they encountered as demonically possessed because they viewed Nature as alive and constantly interacting with them. Jennings pointed to the white settlers’ view of the land as a tool for use and enjoyment—as opposed to the Natives’ view—as a driving factor behind this treatment. In other words, the white settlers were imposing their way of life onto the Natives.

“Christians viewed the world through eyes of possession,” Jennings said. “They saw [the Natives] as demonically possessed, as seen in the way they talked about animals … which would later be called … cultural primitivism … Colonial settlers concluded that the Natives were ignorant, especially with regard to the proper use of land.”

Jennings traced current racial tensions and environmental misuse to this Colonialist influence. He argued that today, we still see the world as a possession, our goal being to realize its full potential. He extended this argument to nationalism, further explaining that it was founded from the concept of being attached to the land by owning it. People see borders because they see land as possession, rather than a shared resource given by God.

“I was not taught to read the stories with the places in mind,” Jennings said. “Animals were always just a backdrop … the noise I was trained to ignore. What I was trained to pay attention to was who got the land. We must reverse that pedagogy of seeing the land as private property to see what was presented in the Bible: God dancing and living with the land. We need to see God and Jesus joining us together in the dirt … drawing us to tend to Earth.”

This new view on Christian teachings can give us a deeper sense of our lives, allowing us to live more meaningful lives as Christians. By finding new lines of connection—which transcend class, racial, and property lines—Jennings hopes that we can engage in “gestures of openness” rather than exclusiveness, allowing us to welcome everyone and preach the good news and faith. 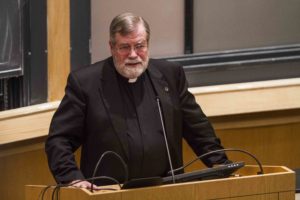