Home » Students Showcase Voices at ‘Sing it to the Heights’
Arts, Music, On Campus

Students Showcase Voices at ‘Sing it to the Heights’

Chattering patrons trickled into Robsham Theater to the sound of live piano in anticipation for the 14th annual Sing it to the Heights, a singing competition orchestrated by the Emerging Leader Program (ELP). This year’s event featured 11 talented students who showcased their incredible vocal abilities in Boston College’s unique take on American Idol.

The BC Acoustics a cappella group took the stage to open the night with an a cappella rendition of Carrie Underwood’s “Good Girl.” Lindsay McKean, CSOM ’19, provided a strong lead vocal for the song while the other members bobbed around behind her while creating a symphony of sounds to form the harmonies and beat.

Emcees Mary Pat Ross, LSOE ’19, and Christophe Bernier, MCAS ’18, ushered in the night packed with pitch perfect performances. Both are alumni of ELP, a freshman leadership program—Bernier joked nepotism was the reason he landed the position of emcee for the night. Ross introduced the competition’s Jesuit judges—Rev. Don MacMillan S.J., Rev. Ramesh Richards S.J., and Rev. Ignatius Idoko S.J.—and provided a fun fact about each judge. The audience burst out in laughter when Idoko’s obsession with Alicia Keys was revealed, instantly making him a crowd favorite.

The duo also revealed the greater purpose behind the event: All proceeds from ticket sales were donated to the music program at St. Columbkille Partner School, a nearby school that serves children from pre-k to eighth grade. The St. Columbkille choir gave a harmonious performance to demonstrate the success of the school’s music program.

Esther Chung, CSON ’18, was the first contestant to take the stage, performing Tori Kelly’s rendition of the Stevie Wonder song “Don’t You Worry ’Bout a Thing.” Chung’s sweet voice took on a sassy character as she popped the collar of her denim jacket and showcased her extensive vocal range with various challenging notes.

Patrick McGrath, CSOM ’20 and Michael Lyons, MCAS ’21, were accompanied by guitarist Patrick Fei, MCAS ’18, and pianist Justin Panzarino, CSOM ’20, for their performances. McGrath and Fei, or ‘Patrick Squared’ according to Richards, touched the audience with their acoustic version of Ed Sheeran’s “Perfect.” Meanwhile, Lyons and Panzarino donned tuxedos and stuck to the classics for their rendition of Henry Mancini’s “Moon River.” Lyons’ voice took on a Sinatra-esque quality as he wowed the audience and judges with the timeless tune.

Madeline McCollough, MCAS ’20, and Christopher Sundaram, MCAS ’21, brought new life to old hits by Michael Jackson and The Beatles for their acts. McCollough entertained the audience with her infectious energy and creative take on “P.Y.T.” while she skillfully played a shiny red acoustic guitar for the performance. Sundaram added artistic flare to “Yesterday” when he added emphasis to the phrase “something wrong” for one of the choruses. His wide grin and powerful voice proved praiseworthy to the panel of the Jesuits.

Stavros Piperis, MCAS ’19, captivated the hearts of the audience with a sincere performance of Zac Brown Band’s “Colder Weather.” Piperis gave Idoko “goosebumps” with his heartfelt ballad and skillful guitar solo where he looped and layered flawless riffs. Piperis brought the ballad back down from an energetic guitar solo to end softly, conveying a wide range of emotions and vocal capability throughout his time on stage.

Savannah Freitas, MCAS ’20, sang Donny Hathaway’s “A Song For You,” a touching song with twinkling flourishes and powerful vocals. Freitas’ impressive range revealed itself during the first notes which took on a soulful sound.

“What are you doing to my soul?” Idoko replied to Molly Cahill’s performance of “You Don’t Do It For Me Anymore” by Demi Lovato.

Cahill, MCAS ’20, had an intense presence on stage as her voice dramatically came to hard stops after verses.

Jade Hui, University of Hong Kong, and Dan Paulos, CSOM ’19, enlisted the musical talent of their piano playing peers for the competition. Hui gave a gentle yet haunting performance of Avril Lavigne’s “When You’re Gone,” while Paulos used his robust voice to power through Sia’s “Titanium.”

Nina Mojares, MCAS ’21, was the final contestant to take the stage at Robsham. Mojares took to the piano with dramatic flare and closed the talent portion of the night with Michael Bublé’s cover of Nina Simone’s “Feeling Good.” Judge MacMillan praised the talented singer for her incredible voice, joking he was “feeling good” after her performance.

Last year’s winner of Sing it to the Heights, Tonye Ikoli, MCAS ’20, sang an emotional rendition of James Arthur’s “Can I Be Him” for the final performance of the night. The skilled singer’s voice delicately danced the line between intensity and vulnerability, mixing powerful bursts with soft bouts of sincerity.

Finally, emcees Ross and Bernier reappeared to announce the 2018 winners of Sing it to the Heights. Piperis took first with his skillful guitar playing and pitch perfect performance, while Mojares and Freitas followed close behind in second and third place respectively. Despite the competitive element of the event, Ross was pleased that ELP could bring members of the BC community together to support St. Columbkille.

“The relationship [ELP] has with [St. Columbkille] is really special,” said Ross. “Their music program is especially strong and I’m glad we were able to promote and enable that.”

the acoustics sing it to the heights elp st. columbkille
Previewing 2018 Lacrosse: Binghamton
Amidst Nor’easter, Eagles Cruise to Easy Win over Binghamton 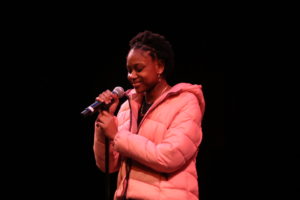 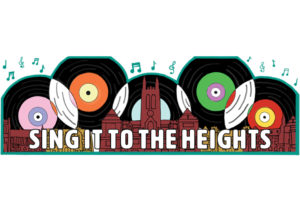