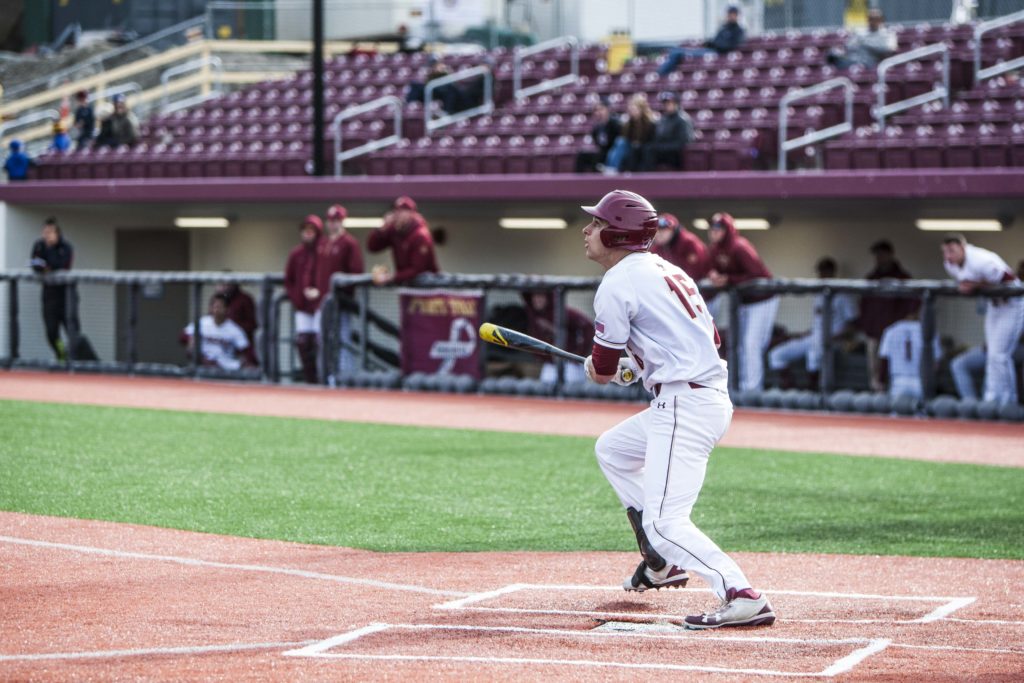 After a midweek setback against UConn, Boston College baseball (9-13, 4-5 Atlantic Coast) is looking to find some positive momentum when it travels to face No. 12 Clemson (19-6, 5-4). The Eagles haven’t won a series at Clemson since 2008 and have dropped the last seven meetings, but are looking for an impressive series win to kick start their conference campaign.

The games will be livestreamed on WatchESPN.

1) Senior Jake Palomaki has started every single game for the Eagles thus far this season, and currently boasts the second-highest batting average in the ACC (.415). He’s now reached base safely in 17 straight games.

2) A defining trait of the Eagles has been mound struggles, ranking last in the ACC in team ERA with a 5.64 mark.

3) BC has been one of the more prolific teams on the base paths this season—its 42 stolen bases are good for second-most in the conference.

1) In stark contrast to the Eagles, the Tigers are one of the ACC’s best pitching teams. They have a 3.28 team earned run average, fourth-best in the ACC.

2) Clemson’s weakness lies in its bats, as its team batting average of .244 is dead last in the conference, while additionally second to last in total hits (193).

3) The Tigers have historically dominated the Eagles, holding a 28-8 lead in the all time series between the two teams.

The Eagles and Tigers last met during the 2017 season in Kingston, R.I., after a snowstorm forced the game to be moved from Shea Field. BC managed a two runs over the entire series, and lost all three games. The last two games were decided by a total of just three runs, with pitching duels going Clemson’s way. Rapp impressed in the finale, throwing seven scoreless innings with eight strikeouts—even retiring the first nine Tigers in order.

This should be a series where runs are at a premium. Stevens, Metzdorf, and Rapp should be able to keep the Tigers’ offense relatively quiet, but BC’s offense is in for a tough challenge against Hennessey, Crawford, and Higginbotham—Clemson’s stellar trio of starters. The Eagles’ bats, led by Palomaki and Brian Dempsey, will have to be at their best if they have a hope of ending a 10-year road series drought against the Tigers.