Home » Wilcox and Urbinati Impress, But BC Drops Second in a Row to Florida State 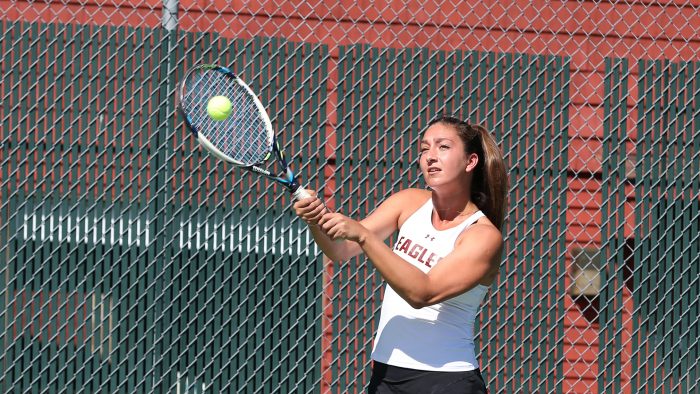 Wilcox and Urbinati Impress, But BC Drops Second in a Row to Florida State

Coming off Friday’s blowout loss at Miami, Boston College women’s tennis looked to get back on track against another Florida conference foe. The Eagles traveled across the state to Tallahassee to counter No. 19 Florida State. Before the defeat on Friday afternoon, BC had won five of its previous six matches, but a 5-2 loss to the Seminoles on Sunday afternoon put the team on a two-game losing streak with the ACC Tournament quickly approaching.

The Eagles (11-9, 3-8 Atlantic Coast) got off to a slow start in singles competition, as senior Asiya Dair dropped her match in straight sets, 6-2, 6-1, in a rout to Petra Hule. BC bounced back in the second match, though, thanks to a dominant performance by sophomore Kylie Wilcox, who recorded her fifth-straight singles win. She handled Gabriella Castaneda with ease, 6-2, 6-4, as the Eagles tied up the Seminoles (14-7, 6-5).

The Seminoles responded, however, in the very next match. In straight sets, Florida State’s Nandini Das topped freshman Natasha Irani, 6-3, 6-1 to put the Seminoles ahead once again, 2-1.

But the Eagles continued to fight, as junior Jackie Urbinati, who picked up the Eagles’ only point against Miami, continued her outstanding play. Urbinati dominated her opponent, Julia Mikulski, 6-3, 6-2.

After Urbinati’s singles win, BC struggled to keep up with the Seminoles for the rest of the afternoon. The last two singles matches featured freshman Maria Ross and sophomore Elene Tsokilauri. Both Ross and Tsokilauri scuffled heavily in their first sets, collecting only one game each against their respective opponents, Ariana Rahmanparast and Andrea Garcia. Ross and Tsokilauri rebounded in the second set and went toe-to-toe with their conference foes. Both, however, fell two games short of extending their respective matches. Rahmanparast and Garcia defeated Ross and Tsokilauri, 6-1, 6-4, adding two more points for Florida State and giving the Seminoles a match-clinching 4-2 advantage at the conclusion of the singles matches.

Additionally, Tsokilauri and Urbinati competed as a tandem for the Eagles against Garcia and Mikulski. While Urbinati got the best of Mikulski in their singles match, Mikulski and FSU got the last laugh, as the Eagles dropped a much closer doubles bout, 6-4. The victory gave the Seminoles their fifth and final point of the day.

It was certainly a tough weekend road trip for BC. With the exception of Urbinati and Wilcox on Sunday, many of the Eagles struggled against elite ACC competition. BC returns home for the final three matches of the season and will look to straighten things out before the ACC Tournament later this month, needing just one more win to record its most single-season victories in three years.