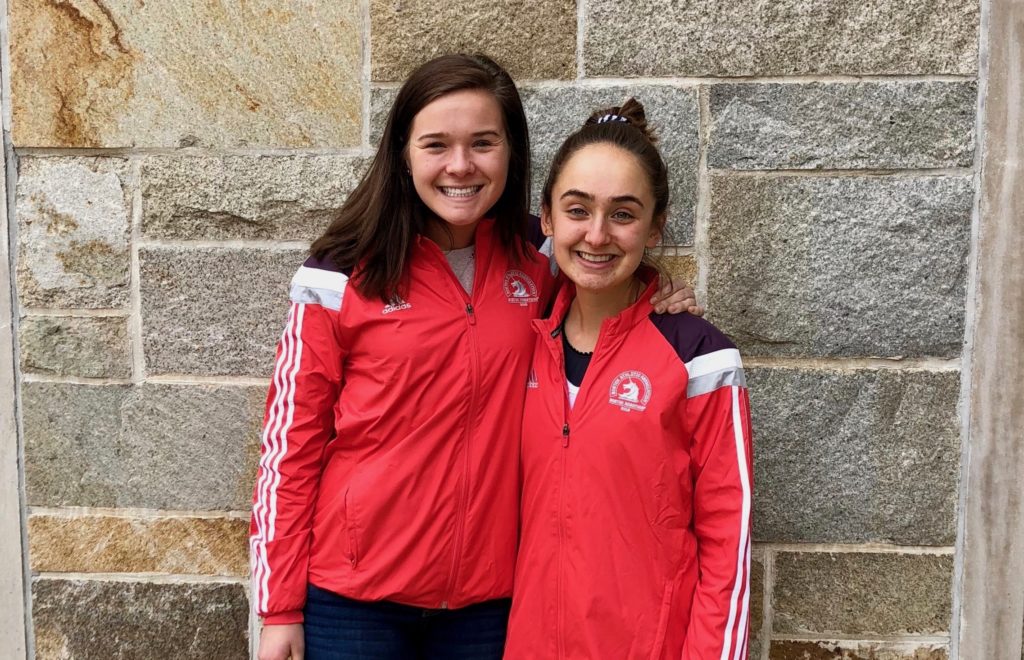 Regardless of the downpour on Marathon Monday, one Boston College student who ran the race managed to achieve significant success. Kate Mignosa, CSON ’19, placed 28th for women at this year’s Boston Marathon, running it in 2:54:24.

Mignosa first ran cross country and track in high school, and her passion for running has carried on since. During her sophomore year of college, she was working for the Newton-Wellesley Weston Committee, working with seven women with intellectual disabilities, through Pulse. The organization just so happened to be looking for a charity runner, and Mignosa fit the profile perfectly, having run a number of half marathons before and being highly motivated to fundraise.

Last year, she completed the Boston Marathon in a remarkable 3:02:43. This year, she decided to run again and began training in January. She frequently ran with Newton’s Heartbreak Hill Running Company on Saturdays—she said seeing the significant amount of people who joined the store’s community runs, including BC students, was motivating for her. She also did a few 20-mile runs, which are generally considered the longest distance that one should run to prepare for a marathon.

Come race day, Mignosa was surprised by the conditions of the race, with horizontal rain and freezing temperatures that made for some of the worst weather in decades. But that wasn’t enough to keep her from persevering.

“Hearing about the weather was kind of a shock the week before, but I stopped checking because realized there’s nothing I can do,” Mignosa said.

Thankfully, once she got to the starting line, all the runners were in good spirits, which helped her push through.

Along the course, she received lots of encouragement from her friends and family. When she reached Mile 10, she saw that her family was holding a Fathead of her dog’s face. Upon reaching the climax of the race at Heartbreak Hill, she strode by BC to find that her friends were outside, soaking wet in ponchos, spirited and enthusiastic about supporting her. She said she especially looked forward to this part of the race beforehand.

“The people out there—my friends, family, runners and volunteers—make it such a great experience regardless,” Mignosa said.

She aspires to become a nurse in the long run, hopes to run road races with her family over the summer, and run Boston again next spring.