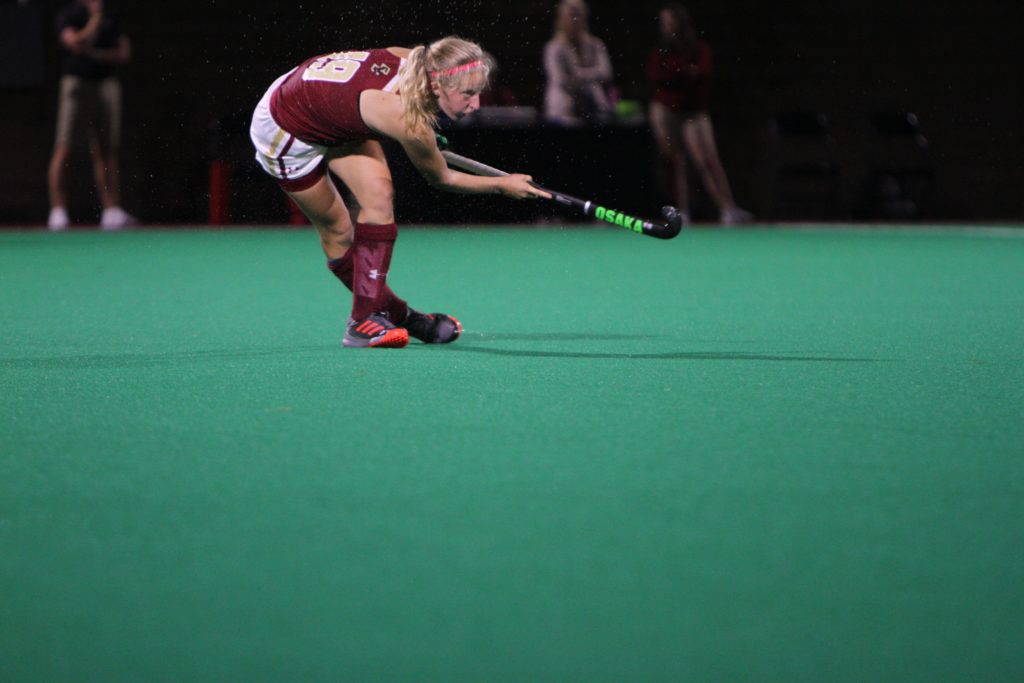 After falling to both No. 4 Maryland and No. 9 Northwestern in the Big Ten/ACC Cup and pulling out a close win against Wake Forest, No. 13 Boston College (2-2, 1-0 Atlantic Coast) field hockey will play its second home game of the season against No. 25 Albany (2-1). The Eagles enter the game with a 2-2 record, and after this game, will find themselves on a road trip playing Louisville and then Northeastern.

The game will be livestreamed online on Btn2go.com.

1) Through this season, the Eagles have managed to put up an average of 17 shots a game, seven more than their opponents.

2) The last three games that the Eagles have played have all been decided by one goal.

3) Brooke Matherson currently leads the team with eight points, as she has accumulated three goals and two assists during the first four games of the season.

1) After a 1-0 loss to Syracuse to start the season, Albany responded with a dominant 5-0 win over Colgate.

2) The Danes have recorded 30 shots on goal, and only five of those attempts were successfully converted, making for a .167 shot percentage.

3) Dana Bozek is goal-leader and point-leader of the Danes with three goals and six total points.

After ending their two game losing streak with a win against Wake Forest on Friday, it’ll be important for the Eagles to keep the ball rolling in this non-conference matchup. In order to pad the win column, BC will have to contain Bozek and Ghislaine Beerkens, two players that have compiled all five of Albany’s goals thus far. If those two are held in check and if BC’s balanced offensive attack can penetrate Albany’s line, then the Eagles could come out on top.