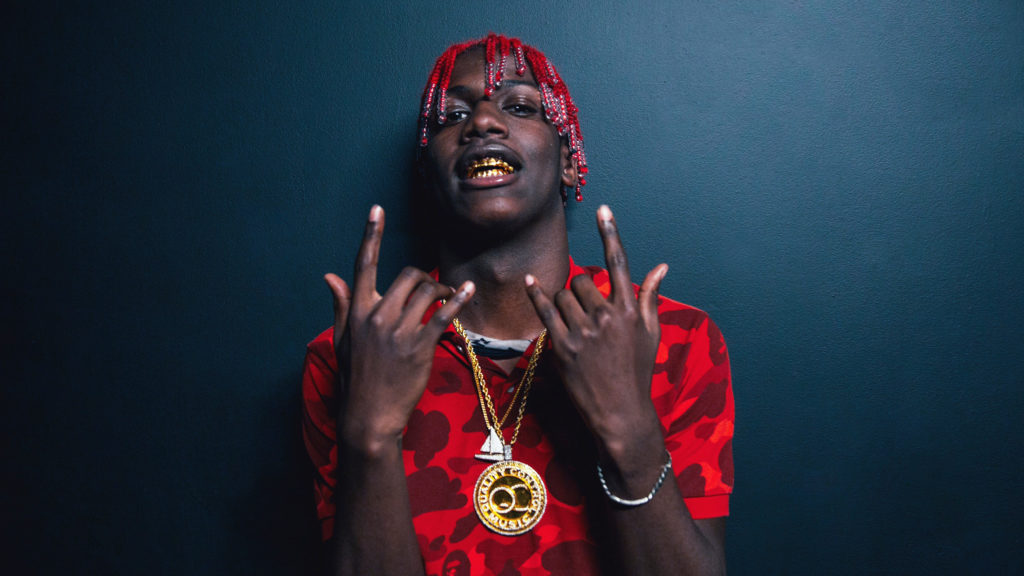 Lil Yachty starts quickly with “Gimmie My Respect.” A psychedelic beat and fast tempo bring the rapper back to his element right away. Produced by 30 Rock, the track was designed perfectly to fit the best sound for Yachty.

Second on the list is “Get Dripped,” which was mediocre at best. Playboi Carti simply sounds bad on this song, and the Earl the Pearl dropped the ball on production. With under two minutes on the track, and far too much of the time taken up by Playboi Carti, there was only so much Lil Yachty could do.

Fortunately, Lil Yachty gets back to business right away. “Riley From The Boondocks” makes listeners want to bench press significantly more weight than is possible. The song is not overly upbeat and Yachty’s voice remaining mostly monotone, but it sounds like Yachty enjoyed creating it. Fans will certainly enjoy listening.

The fifth song on the album might be my new favorite song. On “Yacht Club,” Lil Yachty is joined by up-and-comer Juice WRLD, and the duo did not disappoint. The lyrics are vulgar, but it is made up for by the sound alone. This is a fun song that is easy to listen to, and it sets high expectations for any future collaborations between the two young artists.

Following the strong performance, Lil Yachty lets listeners down with two subpar tracks in “SaintLaurentYSL” and “We Outta Here.” These songs are not worth listening to, and if I could remove them from the album I would. Lil Baby and Young Nudy did not connect well with Yachty, and it is apparent in both songs that they were forced.

Many have reached a point where they love Cardi B and do not care who knows it. “Who Want The Smoke?” is everything one could have wanted from Cardi B and Lil Yachty, and that was before Offset came in. Tay Keith did an excellent job on the production. He catered to all three rappers and their strengths. The only potential complaint is that this song is not longer.

The next three songs (“Worth It,” “Everything Good, Everything Right,” and “Next Up”) were not bad, but none of them stood out. At worst they are space-fillers, at best they are a tolerable countdown to three exciting features.

Trippie Redd, another starlet on the rise, sounds excellent on “Forever World,” and Lil Yachty did a commendable job as well. It might not be to everyone’s taste, but the quality is certainly apparent.

Surprisingly, Lil Yachty kept the tempo slow in “Nolia,” a song about the Magnolia neighborhood of New Orleans, La. Lil Yachty wasn’t phenomenal, but he sounded alright and the song is enjoyable to listen to. The best part of the track was Kevin Gates. An underrated rapper who just released a new album himself, Gates’ verse was strong from start to finish.

Expectations were cautious at the beginning of “Fallin’ In Luv,” the second to last song on the album. The lyrics are a little weak and we should expect better from Lil Yachty, but 30 Rock did another great job on the production and Gunna was the perfect artist to share the track with. The track is slow but maintains good pace, and fans should look forward to more teamwork from Gunna and Lil Yachty.

The final song on the album is called “Stoney,” and it was the perfect conclusion. It’s reminiscent of “Forever Young,” one of Lil Yachty’s biggest hits. Lil Yachty does it all on this song: he shows off his vocal range and ability to perform as a singer and an artist instead of many of the cheap and barely talented rappers of his generation.

What was most impressive about this album was the structure. It started fast and loud with songs that would make the room shake, and it gradually winds down until the final tracks, which were slower and more melodic. Although there were a few stumbles, the album as a whole was very well done.