Spooks. Shelley. Stokes. This would be the quickest way to recap the meeting hosted by the English Association on Oct. 29. “In Honor of Frankenstein: A Celebration of Spooky Literature” was held to pay homage to the 200-year anniversary of Mary Shelley’s Frankenstein. With a Halloween-themed meeting that included a collection of ghost stories and candy, it was the closest thing a literary-loving English major could get to a dream Halloween that still includes the nostalgia of trick-or-treating. Instructed to bring any piece of literature that could evoke a fright or make some hairs stand on end, members of the association gathered for an eerily good time.

Celia Smithmier, the English association president and MCAS ’20; Phil Verdirame, the vice president and MCAS ’20, and Timmy Facciola, the treasurer, assistant magazine editor for The Heights and MCAS ’20, host the weekly meetings, this time bringing their selected pieces and personal anecdotes to kick off the Hallo-week meeting. As everyone sat with Reese’s Cups and Starburst lining their desks in Stokes S361, Facciola kicked off the meeting with a quick reading. He quoted from Blood Meridian by Cormac McCarthy, a gruesome, nihilistic satire of Manifest Destiny set in the American Southwest.

The first reading spiraled into a discussion of the most chilling things those in attendance read as children. With mentions of the short stories “The Lottery” by Shirley Jackson and “Where Are You Going, Where Have You Been?” by Joyce Carol Oates, and “The Velvet Ribbon” from the children’s horror book In a Dark, Dark Room and Other Scary Stories, members and first-time attendees bonded over the shared spooks that filled them with fright and delight when they were growing up. Quick mentions of Edgar Allen Poe’s “The Masque of the Red Death” and even Boston College’s own Paul Lewis’s spooky children’s book A Is for Asteroids, Z Is for Zombies: A Bedtime Book about the Coming Apocalypse brought about laughs and interest in picking up these published pieces for a quick read.

Readings slowly faded into mentions of movies that bring about unusual terror, which became a central part of the conversation. Some members found Stand by Me, the film inspired by the 1982 Stephen King novella The Body, to be the scariest film they saw at the start of their adolescence. The movie No Country for Old Men, based on the novel of the same name, was said not only to be a great thrill, but also sit neck and neck with the greatness of its matching literary work.

Although it was a meeting to celebrate Frankenstein, the conversation slipped into a walk down spooky memory lane. The English Association found itself in good Halloween spirits.

stephen king In Honor of Frankenstein: A Celebration of Spooky Literature frankenstein mary shelley celia smithmier phil verdirame timmy facciola blood meridian cormac mccarthy the lottery shirley jackson where are you going where have you been? joyce carol oates the velvet ribbon the masque of red death paul lewis stand by me the body no country for old men
‘The Nutcracker’ is Dazzling, but Devoid of Meaning
Aging Marianne Faithfull Ponders Death on ‘Negative Capability’ 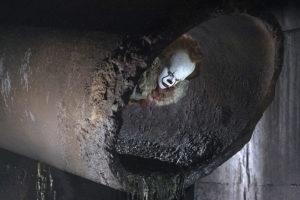 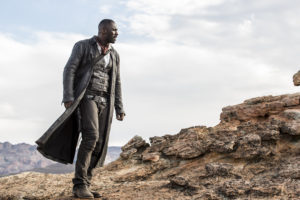