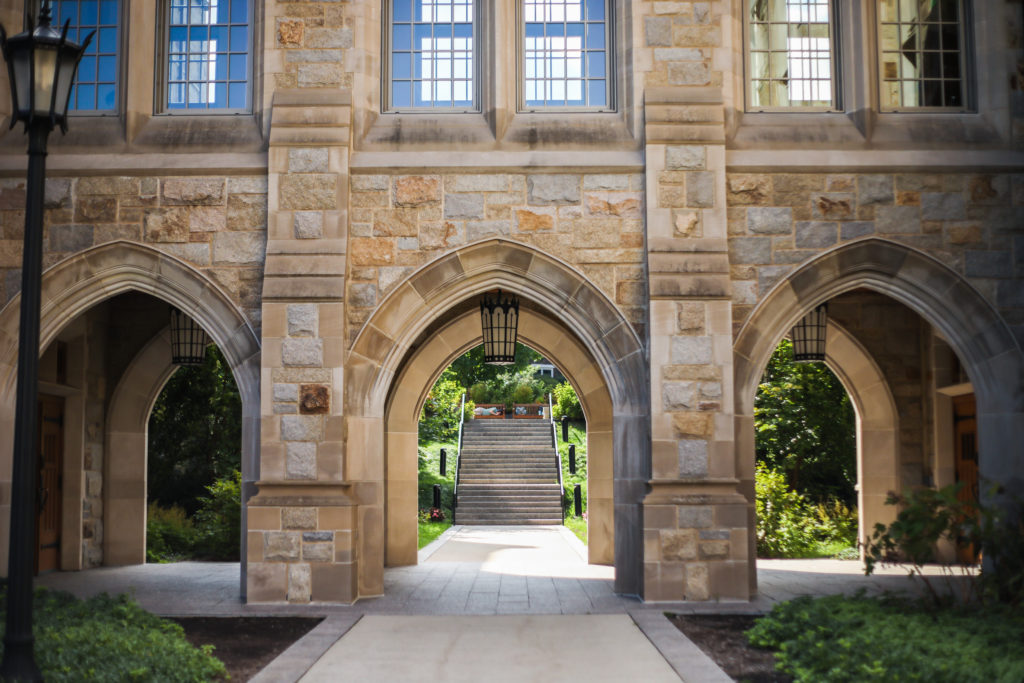 To kick off the weekend before the midterm elections, Boston College Law’s Rappaport Center for Law and Public Policy hosted four guest speakers on Friday to discuss the role that criminal conviction plays in voter and social disenfranchisement and the issues it poses to democracy.

The Rappaport Center’s main goal, as outlined by panel moderator and law professor Daniel Kanstroom in his opening remarks, is to bring together policymakers and experts to engage in conversations about public policy issues. Each year, the center picks a broad theme around which it bases its conversations. This year’s theme is challenges to constitutional democracy.

The keynote speaker was Donnell Wright, who was formerly incarcerated, but now works as a social worker for the Massachusetts Executive Office of Health and Human Services and as a motivational speaker. Wright served a seven-year sentence for drug trafficking and weapons possession. He found that despite all that he had accomplished in the two years he spent on probation before his trial, including finishing college and working with disadvantaged children, he had to serve a mandatory minimum sentence of seven years.

“I didn’t really understand why the judge, who was supposed to be in control of the courtroom, had no choice but to send me to prison,” Wright said. “This is in spite of all the documentation that he had in front of him for an individual who had completely turned his life around, and could be not only a productive member of society, but also be a blueprint for others who want to do the same.”

While in prison, Wright completed a degree at Boston University and enrolled in every program that he could to benefit himself and the others around him. He still found himself denied parole, and, when he was released from his sentence, denied job opportunities due to his criminal record.

“I found myself saying, ‘If I can’t find a job and make it in our society, despite all the accomplishments that I had, then what chance does an individual with just a GED and a few entry certificates have?’”

The second speaker, Margaret Colgate Love, executive director of the Collateral Consequences Resource Center, an organization that works to aid and advocate for projects geared toward helping formerly incarcerated people, used Wright’s difficulty with reintegration into society as an example of social disenfranchisement. Even though most felons regain the right to vote, she said, most are not even notified that they have regained that right.

“I think that speaks to a larger problem of disenfranchisement in the sense that people with a criminal record are fair game for almost any sort of legal restriction or penalty, or social discrimination,” she said. “I would dare say that a person with a criminal record, that’s almost the only class of individuals now that it’s permissible to discriminate against, and we use use it in some cases as a proxy for race.”

Colgate Love called this concept “civil death,” likening it to how people charged with serious offences in ancient Greece and Rome would be expelled from their society. Individuals with criminal records feel ousted from society and are disenfranchised from participating in society and the democratic process, Love said.

She concluded with a message of hope, saying that many states have undergone projects aimed at reintegration and rehabilitation for formerly incarcerated people, as well as noting the Collateral Consequences Resource Center’s efforts to aid and advocate for these projects.

The third speaker was John Carella, a voting rights attorney for the Southern Coalition for Social Justice. He talked about a specific case that he worked on where his client, a woman from North Carolina, was put on probation for writing a bad check. The client successfully cast a ballot in the 2016 election, but found out several months later that there was a warrant for her arrest. She faced two years in prison for violating North Carolina statute that prohibited people who have been convicted of a crime from voting without having their right to vote restored.

In his research, Carella found that in North Carolina, it was a Class I felony to break this law. It is only a misdemeanor, however, to engage in voter intimidation, including threats of violence or to break up the voting process at a polling place.

“The act of casting a single vote, without showing that the vote had any effect on the election at all, or that there was any intent to commit a crime, is a felony,” he said.

Carella traced this back to a 1901 law that put this restriction on voters with a criminal record. Within the same law was a literacy test and several other policies that he categorized as measures aimed at disenfranchising black voters.

He mentioned a facet of this law where if people were “challenged” by others claiming that they should not have the right to vote, they had to defend themselves in order to have their vote restored.

This is similar to a Florida statute that requires that all felons who wish to have their vote restored must apply for re-enfranchisement. This law is at the mercy of a ballot initiative that will be decided on the Florida ballot on Tuesday. A “yes” majority will restore voting rights to 1.5 million felons.

The fourth and final speaker was University of California Davis law professor Jack Chin, who spoke further about the historical aspects of voter disenfranchisement, particularly as it related to the Jim Crow-era South.

He spoke about the criminal justice system and how it has disadvantaged felon voters, particularly people of color.