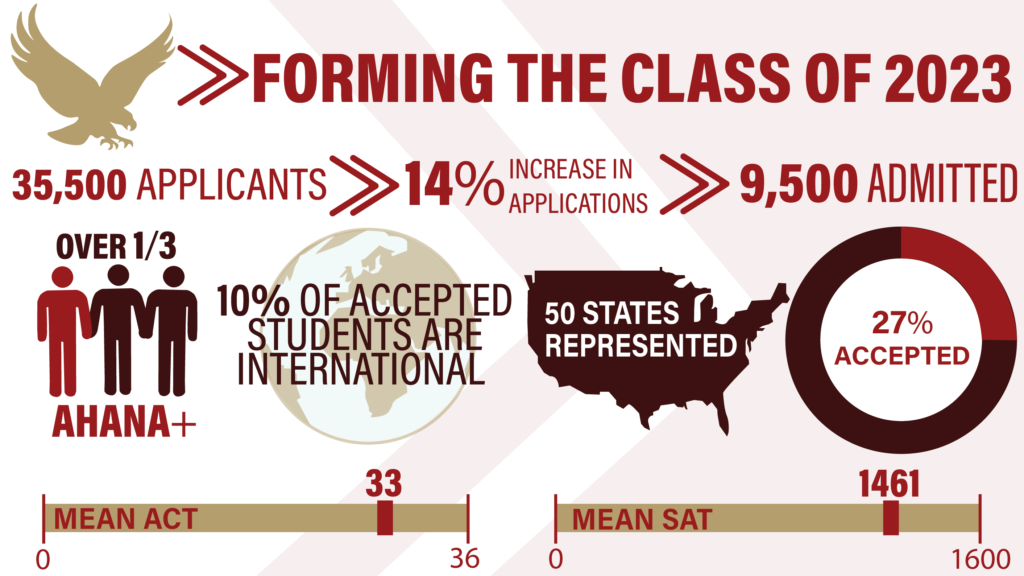 Acceptance Rate for Class of 2023 Holds Steady at 27 Percent

Boston College released acceptance letters on Thursday, welcoming prospective Eagles for the Class of 2023. Director of Undergraduate Admissions Grant Gosselin confirmed in an email to The Heights that between Early Action admittees—who received results in December—and Thursday’s admittees, the University accepted 9,500 students from a total pool of 35,500. This makes for an acceptance rate of 27 percent and an increase in total applications of over 14 percent compared to last year.

This is the second year in a row BC has had an overall acceptance rate of 27 percent. Last year, 8,400 of 31,000 applicants were accepted.

“More than one third” of admitted students are AHANA+, according to Gosselin—an increase over last year’s 30 percent. AHANA+ identification means African, Hispanic, Asian, Native American, and any other minority population on campus.

Gosselin also noted that 10 percent of admittees are international, roughly the same as last year’s pool of accepted students. These students hail from over 70 different countries.

The Class of 2023 is the first—and only—applicant pool to have been offered Early Action, a less restrictive option than BC’s usual policy. The acceptance rate for early applications this year was 28 percent. Thirty-five percent of early admittees for the Class of 2023 identify as AHANA+.

Next year, prospective students will have to choose between Early Decision and Regular Decision. Early Action does not create a binding commitment to any school. By applying Early Decision, applicants promise that they will attend the school in question, should they be accepted.

In a statement announcing the switch to Early Decision, the University explained that the change was an effort “to meet the growing preference of today’s high school students and enroll more ‘best fit’ applicants for whom Boston College is a first choice.”

The brief change to Early Action led to a surge of 50 percent in the early applicant pool, which reached 15,862 applications. Since Early Action is less restrictive than BC’s previous policy, which prevented students from applying Early Decision to other schools, the Regular Decision pool was actually about 2,000 students smaller than last year’s. 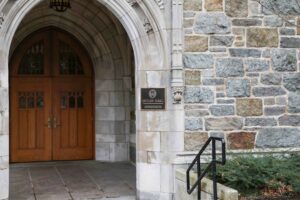