Home » Circa Waves Hits Rough Water on ‘What’s It Like Over There?’ 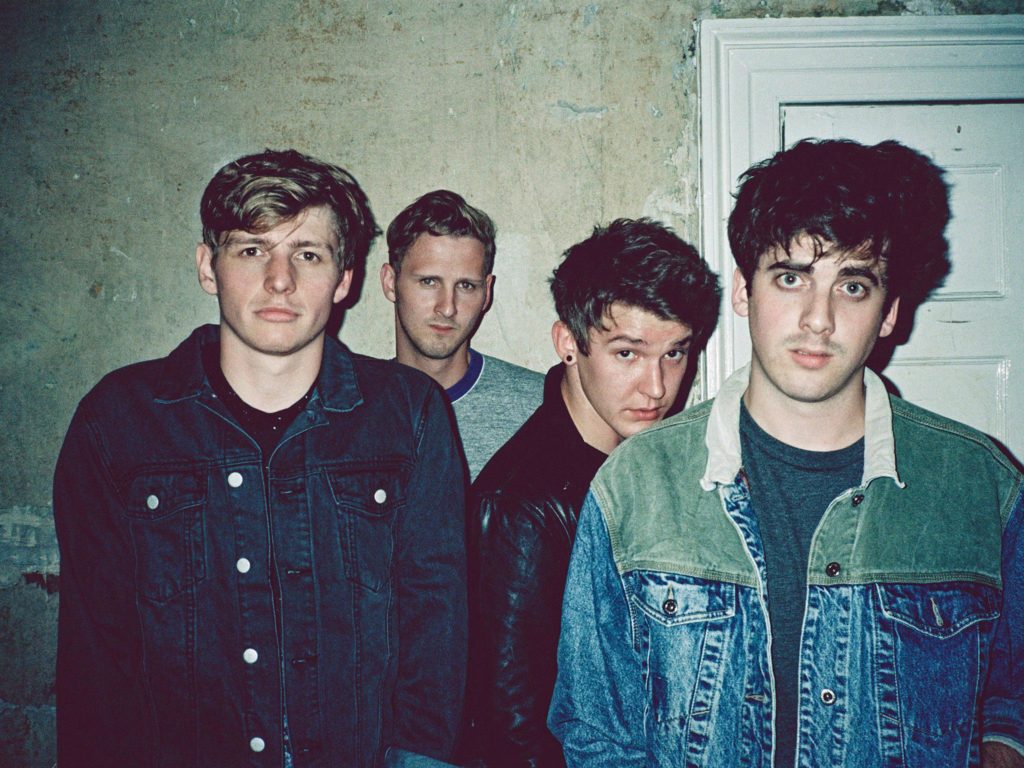 Circa Waves Hits Rough Water on ‘What’s It Like Over There?’

If someone asks you what indie rock sounds like, show them Circa Waves circa 2017.

The four-piece indie rock band from Liverpool, England consists of frontman Kieran Shudall, guitarist Joe Falconer, bassist Sam Rourke, and drummer Colin Jones. The group got its start in 2013 playing shows and festivals in the U.K. The band rose to popularity in the U.K. after the release of its first two albums, Young Chasers (2015) and Different Creatures (2017), which hit number 10 and 11 on the Official Albums Chart, respectively. The band’s earlier work featured upbeat rock anthems like its 2015 hit, “T-Shirt Weather” and straightforward, hard hitting instrumentals that would be a perfect fit for any summer playlist. Circa Waves seemed to be a hopeful light and provided promising outlook on the trajectory of the indie music scene.

Their new album, What’s It Like Over There? is Circa Waves’ recent attempt at entering the indie pop rock conversation as a real contender in the music industry, but it falls short due to the album’s repetitive sound and generic lyrics. The momentum from the previous two albums appeared to encourage the group to produce mainstream music in order to garner a larger audience. Unfortunately, this led Circa Waves to come up with a decent but easily underwhelming and forgettable new album.

What’s It Like Over There? begins with a short track of the sounds of seagulls squawking, wind rustling, and waves crashing to take listeners to the beach. This serenity is then immediately interrupted by the blaring opening track “Sorry I’m Yours”—the most confusing and disorienting track on the repetitive, heavily synthesized indie album. The track features sequences of overbearing electronic bass hits interspersed with moments of peaceful guitar.

This method was extrapolated to other tracks and, as a result, became a common theme throughout the roller coaster ride that are the instrumentals on the album. The instrumentals are in a constant fight with one another, trying to drown each other out, and not in an edgy rock and roll way, while Shudall’s voice fights to stay afloat. During the instrumental breaks in the songs like “Be Somebody Good” and “Passport,” where Shudall’s voice can breathe, the more refined side to the album breaks through the surface. These moments are fleeting and often followed by muddy synths that try to strangle Jones, Falconer, and Rourke on instrumentals.

The album lacks well-developed lyrics, relying heavily on key phrases, like in their song “Times Won’t Change Me,” where the title is said roughly 24 times. The song features a monotonous piano riff under their groups message of not being changed by fame or most of lyrics are very straightforward demarcating songs like “Sorry I’m Yours” and “Times Won’t Change Me” as defiant anthems and other songs like “The Way We Say Goodbye” and “Motorcade” as cinematic heartbreaks. The lyrics are generic and don’t provoke much thought from the listener.

The album is an average one: There are bits and pieces from each track that hold some element of innovation and creativity, but those moments are immediately dashed by the overuse of the electric, droning synthesizer. For example, the album shows its true goal of interesting, mystical production when the synthesizer is used in collaboration with the instrumentals heard in “Passport.” The track demonstrates the perfect balance of synths, instrumentals, and lyrics that Circa Waves seemed to have wanted to achieve throughout the whole album.

The track “Motorcade” features a heartbreaking chorus with Shudall pleading “I’m begging someone to make you stay / Please make you stay.” An upbeat, boppy song like “Movies” came along to provide a breath of fresh air to the slowly sinking album. These brief but personal snippets of the album give listeners a look at what the record could have been if the overall production was more refined and allowed for each member of the band to have their moment to shine.

The album is forced in the sense that it appears as if Circa Waves wanted its tracks to compete with the indie rock field. By focusing too much on establishing themselves within the growing community of indie rock groups, the band created a piece that blends in with the crowd, speckled with moments that are worth listening to, rather than a whole cohesive record that stands out from the rest.

circa waves
‘This Life,’ ‘Make It Better,’ and More in New Singles
Filmmaker Details Personal Struggle with Grief at Screening