Home » ‘This Life,’ ‘Make It Better,’ and More in New Singles 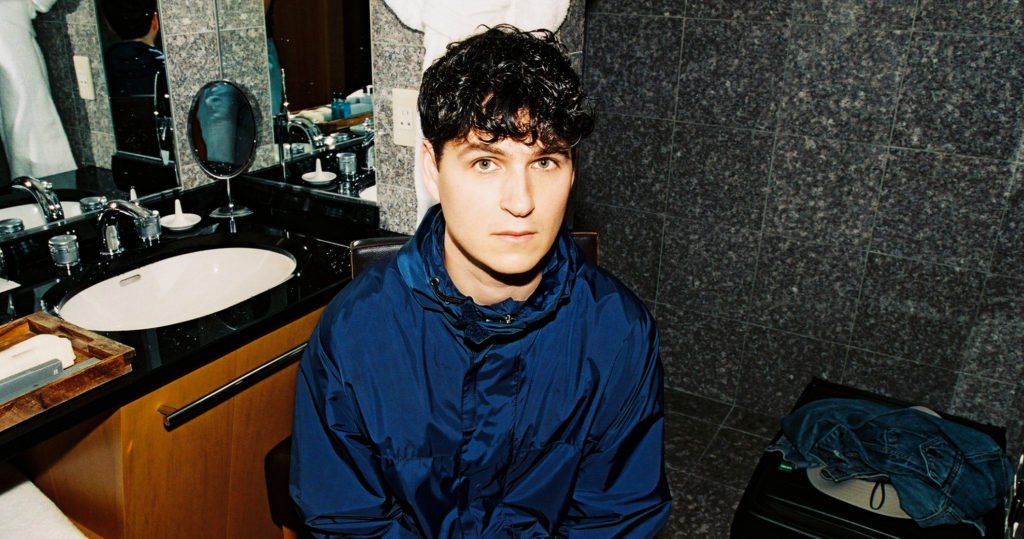 ‘This Life,’ ‘Make It Better,’ and More in New Singles

Early on in the promo run for the fourth Vampire Weekend album Father of the Bride, lead singer Ezra Koenig made it clear that the band was going in a much brighter direction than 2013’s Modern Vampires of the City.

“After you make the black and white album cover with the songs about death,” Koenig said in a Rolling Stone interview in late January, “you can’t go deeper. This is the life-goes-on record.”

The singles from the new album match up pretty well with Koening’s vision for the record: Songs like “Harmony Hall” and “Sunflower” are the kind of summery tracks that Modern Vampires was completely devoid of. But, as the new single “This Life,” shows, while the tone is definitely brighter than the band’s last album, the band is not shying away from dealing with the kind of heavy content they have been known to address in their songs. “This Life,” a track which deals with both the difficulties of a tumultuous relationship, as well as the kind of existential questions that littered the band’s last album, is a perfect blend of the upbeat, more pop- and funk-infused direction of the band, as well as their willingness to analyze the eccentricities of life.

“Baby, I know dreams tend to crumble at extremes,” Koening croons. “I just thought our dream would last a little longer” before lamenting the breakdown of a relationship with the lyric “You’ve been cheating on me / But I’ve been cheating through this life and / All its suffering.”

Although an upbeat track with sunshine-filled acoustic strumming and even a touch of happy-go-lucky harmonica, the song manages to invoke the classic existentialist wonder that’s been a staple of the band’s work since its 2010 album Contra. The band, progressing with every album, seems to have hit its stride—Vampire Weekend is able to develop the kind of song you could see yourself mindlessly listening to on the beach, all while seamlessly injecting potent lines like “Oh Christ, am I good for nothing?” without taking away the bounce of the song.

Anderson .Paak is not far removed from his last studio album, Oxnard, which was released November of last year. The erratic album was somewhat of a miss for .Paak, given the lofty expectations that were set by both fans and the artist himself. One could interpret his rush to release his next album, Ventura—which is set to drop on Friday—as an overcorrection of sorts. And based on both the feature list for the album—Andre 3000 and the late Nate Dogg are a couple of the notable guests—.Paak plans on correcting his past mistakes.

While his first single for the album, “King James,” was solid but nothing special, .Paak’s new song, “Make It Better,” featuring the legendary soul singer Smokey Robinson is a perfect encapsulation of everything .Paak. Always a better singer than a rapper, .Paak relies on his singing chops on this track, as he waxes poetic about the trials and tribulations of relationships. Taking the role of a lover who feels as if the spark has been lost, he asks his significant other a simple question: “Do you wanna make it better?” .Paak flows with ease through the funk-fueled beat. Produced by .Paak, Fredwreck, and the Alchemist, the beat utilizes the kick drum to create a perfectly bouncy yet relaxed swagger that matches the smooth lyrics aided by Robinson’s backup vocals. With Ventura, .Paak seems to be turning away from the rap of Oxnard and leaning more toward his soulful, R&B side to create the perfect summer album. With songs like “Make It Better,” it seems as if he is on the right track.

Saba’s been on a roll recently. He dropped one of the best albums of 2018, Care For Me, a beautifully intense ode to the life of his late best friend, John Walt, who was stabbed to death in Chicago. The album delved into the history of their friendship, as well as the emotions that Saba dealt with as a result of the loss of Walt, particularly feelings of depression and anxiety. Since then, Saba has built on the hype and acclaim of the album with a run of fun throwaway singles and a worldwide tour.

Now, Saba returns with his collective, Pivot Gang, consisting of fellow independent Chicago rappers like Joseph Chilliams, MfnMelo, and daedaePivot. The group is slated to drop a collaborative album, You Can’t Sit With Us, on April 19, and its new single “Bad Boys” is a taste of what’s to be expected.

Chilliams, Saba, and Melo share verse duties while Smino handles the chorus. The trio flexes its rapping chops amid their individual verses, refusing to be one upped by another, and Smino comes in with a fun, albeit repetitive hook. The song is without question a breezy and relaxed track at its core: The seamless chemistry between members is audible in the easy-going track. The song is far from a world beater, but it’s a solid single from a collective experiencing a new level of attention and acclaim. With songs like this, the collective’s new album can be expected to be, if nothing else, a fun album from a group of friends enjoying the beginning of their moment.