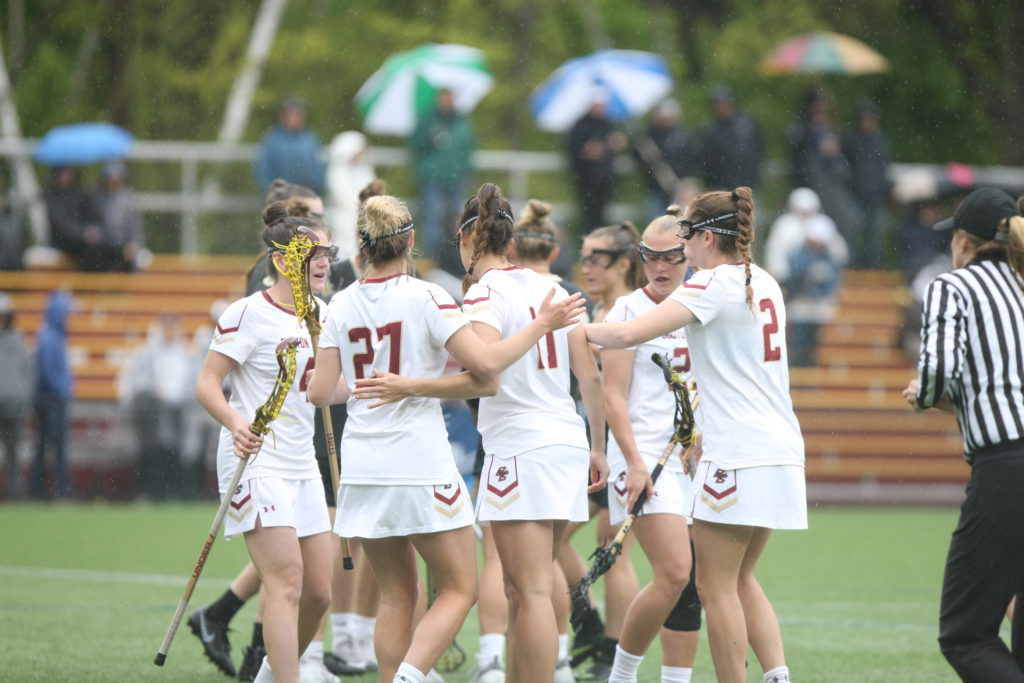 For the second year in a row, North Carolina (17-3, 5-2 Atlantic Coast) stood in the way of Boston College lacrosse’s (21-1, 7-0) first-ever ACC Championship. Now, the Tar Heels will try to play spoiler again, this time on the national stage, when the programs square off in the Final Four on Friday evening.

The game will be livestreamed on ESPN3.

How they got here:

UNC earned the third overall seed in the NCAA Tournament after beating the Eagles, 15-13, in the ACC Championship Game. In the first round, the Tar Heels faced Florida—a team they beat earlier in the season. The rematch was very much the same story. UNC jumped out to a 6-1 lead after just 20 minutes and never looked back. Olivia Ferrucci paced the Tar Heels’ offense with a career-high five goals, Scottie Rose Growney found the net four times, and UNC prevailed, 15-11. Florida got as close as two goals in the second half, but was never able to complete its comeback.

In the second round, the Tar Heels played a familiar ACC foe in Virginia and didn’t get off to a perfect start. Two goals from Nora Bowen in the first five minutes gave the Cavaliers an early lead, and just over 10 minutes into the contest UVA still led, 3-1. That less-than-perfect start soon ceased to matter, though, as UNC put on a masterclass on both ends of the field for the next 35 minutes. In that time, the Tar Heels outscored the Cavaliers an astonishing 11-0 and forced six turnovers. By the time UVA scored again, it trailed, 12-4, with just 14 minutes left in the game, and had no chance to mount a comeback. UNC moved to the Final Four with a 14-7 victory.

The Eagles earned the number two seed in the NCAA Tournament despite the loss to the Tar Heels in the ACC Championship, and took the field against Colorado in their first game of the tournament. Much like UNC in its second game of the tournament, BC got off to a slow start against the Buffaloes, and the teams were tied, 3-3, after a turnover-plagued 10 minutes. And, similar to the Tar Heels’ performance against Virginia, the Eagles responded to their slow start with an 11-0 run. The only difference was that this run took BC just 15 minutes. Five different Eagles found the back of the net during the outburst—which ended with BC up, 14-3—and the Eagles cruised from there. Colorado never got closer than nine goals the rest of the way, and BC eventually secured a 21-9 win.

The NCAA quarterfinal pitted the Eagles against Princeton—a team that BC also beat in the 2018 tournament—and once again, the Eagles failed to come out of the gate hot. BC trailed, 6-4, with eight minutes to play in the first period, and hadn’t scored in 16 minutes before Sam Apuzzo took matters into her own hands. The senior scored three times in the span of two minutes and 15 seconds, helping the Eagles erase the deficit. BC never trailed from there, opening the second half on a 5-1 run, and sealed a trip to its third consecutive Final Four with a 17-12 victory.

What to expect from UNC:

The teams are familiar with one another, having already met twice in the regular season. So the Eagles should know what to expect: an outstanding, well-coached team that excels on both sides of the field. In the attacking half, UNC boasts the dynamic duo of Jamie Ortega and Katie Hoeg, who finished the season fourth and fifth, respectively, in points per game in the ACC. Ortega packs more of a scoring punch—her 76 goals lead the team—while Hoeg excels with her passing, having recorded 69 assists this season. The Eagles and their rotating cast of man markers did a solid job on Ortega in the ACC Championship, holding her to just one goal, and that type of performance will likely be necessary if BC is to beat the Tar Heels again.

However, in that championship meeting, UNC also got hat tricks from Taylor Warehime—the only Tar Heels player besides Ortega to reach the 30-goal mark in the regular season—and Gianna Bowe, an All-ACC Second Team midfielder. What’s more, with Ferrucci and Growney coming into the semifinal fresh off excellent Elite Eight performances, it’s clear that the Eagles can’t just treat UNC as a two-man show. Instead, BC will need excellent efforts from its entire defensive unit—much like the one it got in the second half against the Tigers—to slow down the Tar Heels. The blueprint can be found in the Eagles’ 14-8 win against UNC in Chapel Hill, N.C., in March. Then, BC held the Tar Heels scoreless for 17-minute stretches of both halves, forcing UNC—which committed the fewest giveaways in the conference—to commit 12 turnovers.

The other key to that stifling performance is also likely one of the biggest factors in determining who will emerge victorious on Friday: the draw circle. When the teams met in March, Apuzzo put on a faceoff clinic, winning eight draw controls—one less than the Tar Heels as a team. But in the rematch in Alumni Stadium, she and the entire Eagles team were markedly less successful there. When the game went final, UNC had outdrawn BC, 18-12, allowing it to come back from an early 5-0 deficit. The Eagles simply cannot cede the possession advantage to a Tar Heels team that is disciplined and clinical on the offensive end if they hope to advance to a third straight national championship game.

UNC is one of the best defensive teams in the country. The Tar Heels have allowed just 8.3 goals per game this season, and are led by a pair of All-ACC defenders in Charlotte Sofield and Emma Trenchard. Taylor Moreno holds the fort down in goal and has started all 20 games for UNC this season, but it was Elise Hennessey who flustered the Eagles’ offense in the ACC Championship, recording seven saves in relief after BC jumped out to an early 6-1 lead. Either way, the Eagles will likely have a tougher time on the offensive end than they did against Princeton.

The two teams last met three weeks ago, in the ACC title game at Alumni Stadium. Early on, BC cruised, and jumped out to a 6-1 lead, but UNC slowly worked its way back into the contest. The Tar Heels rattled off five consecutive goals to tie the game at six with 10 minutes to play in the first half, and took their first lead off a tally from Hoeg with 24 minutes left in the second period. That lead extended to 14-11 when Kara Klages ripped twine with eight minutes to play, before the Eagles attempted to rally. Jordan Lappin’s free-position attempt cut the UNC lead to 14-13 with 5:56 to play, but Hoeg completed her hat trick with 2:03 left, and BC lost the ensuing draw control to kill any hopes of a comeback. The game ended with the Tar Heels 15-13 winners.

For the third straight season, BC finds itself in the Final Four with a chance to win the biggest trophy of all, but it’ll have to go through the team that has knocked it out of the past three ACC Tournaments to get to yet another national championship. As the two regular season matchups showed, the team that controls the draw should have the edge, and luckily for the Eagles, that’s been an area of strength in both NCAA Tournament contests thus far.

With a renewed focus on winning faceoffs after struggling in that department three weeks ago, BC has won an astonishing 71 percent of draw controls in the NCAA Tournament thus far. UNC represents a step up from both the Buffaloes and Tigers, but with Apuzzo, Dempsey Arsenault and Co. manning the circle, the Eagles should once again feel good about their chances to win the possession battle. Of course, nothing should be expected to come easily in the Final Four, and there’s no question that the contest will be close regardless, but an extra possession or two against a Tar Heels team that excels when controlling the ball could be enough to send BC to a third consecutive national title game appearance. 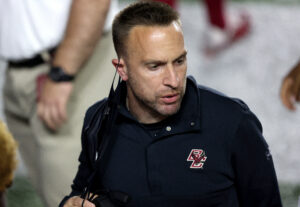