With the loss of star defensive ends Zach Allen and Wyatt Ray to the NFL, Boston College football sorely needed pass rushing depth heading into 2019. It appears they got some in the unlikely form of former Clemson graduate transfer Richard Yeargin III.

Though no official statement has been released by BC, Yeargin confirmed his intent to play for the Eagles on Wednesday in an appearance on the podcast The Clemson Dubcast.

The defensive end actually retired from football in August 2018, choosing to become a student coach for the Tigers after suffering a neck injury in a car accident, which sidelined him for the entirety of the 2017 season. Following the conclusion of Clemson’s national championship season and a surgery that allowed him to play again, though, it appears he has decided to return to the field for the Eagles in the fall.

Before his injury, Yeargin was a reserve contributor for the Tigers. After redshirting in 2014, he took the field for 10 games in 2015, tallying 15 tackles and a sack while rotating on a defensive line that featured future NFL players Shaq Lawson, Christian Wilkins, Carlos Watkins, Clelin Ferrell, and Kevin Dodd.

His role increased slightly in 2016, as Lawson and Dodd both departed for the NFL, and his snap count jumped from 147 to 189. Before missing both of Clemson’s College Football Playoff games due to injury, the then-redshirt sophomore notched 14 tackles—including two against the Eagles.

In Chestnut Hill, Yeargin will likely slot right into a rotation that is light on game experience. T.J. Rayam, Tanner Karafa, Brandon Barlow, Drew McQuarrie—who mostly saw time on special teams—and Marcus Valdez are the only players listed as defensive linemen on the roster that have played more than 10 games, and none were a starter last season, save Karafa. Although Yeargin hasn’t played football in almost two years, he’ll have the opportunity to play the role of  a senior statesman of sorts for BC, and will likely be expected to replace at least some of the production that Allen and Ray provided for the Eagles in 2018. 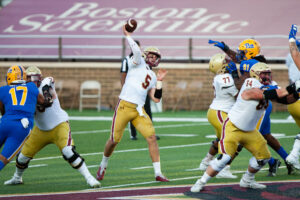 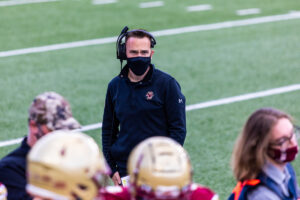