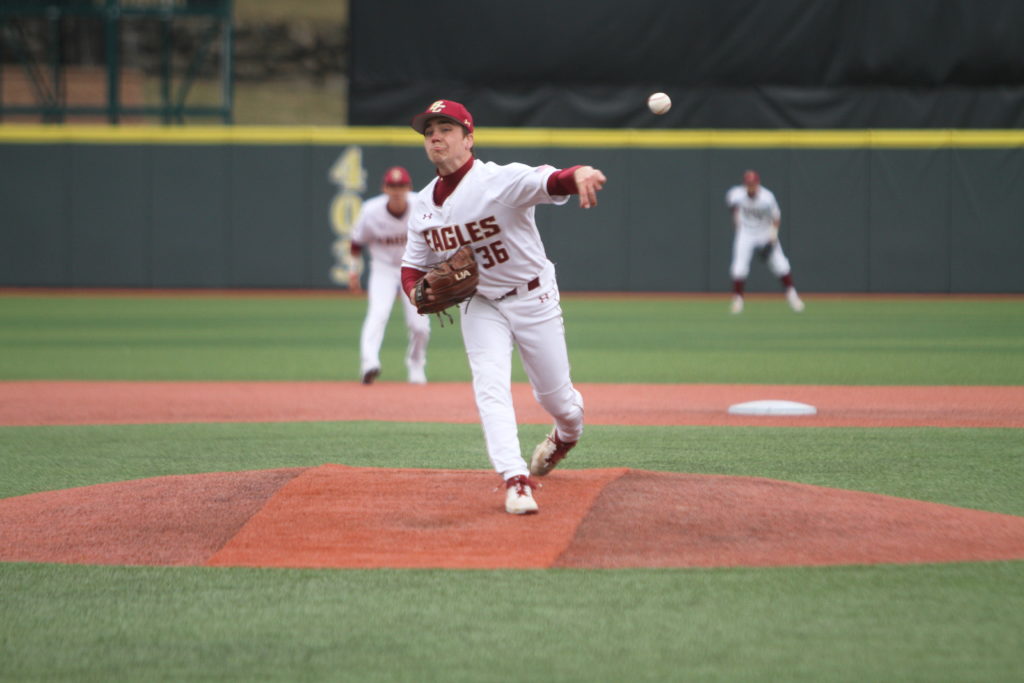 Birdball’s Dan Metzdorf Selected in Fifth Round of MLB Draft

In the 2018 MLB Draft, Dan Metzdorf waited until the 38th round to hear his name called. The junior could have opted to begin his career with one of baseball’s premier franchises, the New York Yankees, but instead chose to return to school for one final campaign with Boston College baseball. It appears he made the right choice.

After a stellar senior year, the left-hander was chosen in the fifth round by the Chicago White Sox Tuesday afternoon, making him the highest Eagles player drafted since 2016, when Justin Dunn was selected 19th overall by the New York Mets.

Metzdorf began his BC career in the bullpen—making 17 appearances in his rookie season—and struggled. In those 17 outings, he totaled just nine innings, striking out 10 batters while walking eight, and posting an earned run average of 8.00.

Following that unsuccessful stint, he was moved into the starting rotation, but didn’t flash numbers that screamed fifth-round draft pick. His sophomore season, his ERA dropped to 5.06 and he picked up his first career collegiate victories, ending the season with a record of 4-6 and a strikeout-walk ratio of 72-32.

Despite that, there were several indications that Metzdorf had the potential to flourish as a starter. In his second game of the season, the lefty went seven strong innings against Oklahoma, allowing just five hits and one run while whiffing six batters. Toward the end of April, he also showcased his talent against North Carolina State, throwing a career-high eight innings while allowing four total baserunners, as the Eagles picked up a win.

In Metzdorf’s junior campaign, the same story once again unfolded. His numbers weren’t great, but there were several outings that made it clear he had the ability to become staff ace. He finished the year just 1-8, with a less-than-stellar 5.74 ERA, and there were plenty of lows. Against the same Wolfpack team that he had shut down in 2017, Metzdorf couldn’t even make it into the fourth inning, allowing six earned runs and nine hits in three innings pitched. But two starts later, when BC hosted Virginia Tech in March, the then-junior matched his career high of eight innings pitched, while striking out 13 batters and allowing just one run in a victory over the Hokies.

Senior year, Metzdorf finally seemed to put it all together. Along with freshman Mason Pelio, he formed a potent one-two punch at the top of the Eagles’ weekend rotation, helping them win multiple games at the ACC Tournament for the first time since 2009.

There were no short outings in 2019—Metzdorf reached the fifth inning in every single one of his starts—and grew better as the season wore on. In his last four appearances, he allowed just two total runs (only one of which was earned), throwing 8 1/3 scoreless frames and striking out nine against Duke at home in April to kick off his shutdown stretch. That was followed by 7 2/3 shutout innings on the road against VTech, and another 7 2/3 innings of work against Notre Dame in which Metzdorf allowed just three hits and one earned run.

But he saved his finest performance for his last-ever college start. Competing in the ACC Tournament against Louisville, the top overall seed, the senior threw a gem, pitching a complete game, giving up just three hits and one unearned run, while striking out seven in a gritty 120-pitch effort. Metzdorf ended his final season with the Eagles 8-2, sporting an ERA of 2.30 and having allowed opposing hitters to bat just .204—a far cry better than his two previous seasons as a starter. Following that, he was named First-Team All-ACC and an All-American

That season was enough to improve his draft stock by 33 rounds, and Metzdorf will now go try and replicate his stellar 2019 in the big leagues, following in the footsteps of recent BC weekend rotation draftees Jacob Stevens, Brian Rapp, and Justin Dunn. For the Eagles and head coach Mike Gambino, the tough task of replenishing their pitching staff for a second season in a row now looms large. One spot in the rotation is locked down by Pelio, but behind that plenty of question marks remain. BC will likely hope for an improvement as good as Metzdorf’s from one of its returning pitchers.

baseball mike gambino justin dunn jacob stevens dan metzdorf brian rapp mason pelio chicago white sox
With Commencement, Browne Puts the Seal on His Time at BC
Not a Job But a Vocation: M. Shawn Copeland After 29 Years With BC