Professor Howard Straubing took the reigns of Boston College’s computer science department earlier this summer. Straubing, a 35-year veteran of the department, will serve as chairman for the next three years, succeeding Professor Sergio Alvarez.

Per University statute, department chairmanships rotate among tenured professors, who hold the positions in increments of three years. Although there is no rule against consecutive terms, Alvarez stepped down from the chairmanship to return to his research, Straubing said.

“I found that my research in formal language and automata was also viewed as computer science and sometimes published in computer science journals and conferences,” he said. “So the next time I looked for a job, I applied to both departments.”

Straubing is entering his role at a pivotal moment for the department: The computer science major and minor both cracked the top 10 most popular majors and minors at BC for the first time last year. In the last decade, the major has ballooned in popularity by nearly 800 percent.

As demand increased, so did growing pains. The department temporarily stopped accepting new majors and minors in order to handle registration for the spring 2019 semester. At the time, Alvarez pointed to the relative lack of administrative staff and technical imperfections with the course registration software. He also identified the department’s relative lack of faculty as a greater, and ever-building, concern.

The collision between growing student interest and a waning faculty roster often left students locked out of both entry-level classes due to high demand, and upper-level electives due to a lack of resources.

Since then, the department has added five new faces to its faculty list. The new wave of hires includes two tenure-track professors—Nam-Wook Kim and Joseph Tassarotti— and another three visiting professors, one of which will transition into a long-term spot—Anjum Biswas, Rafael Ubal, and Carl McTague.

“A very positive part of [the high interest] is that we’ve been able to hire a lot more people,” Straubing said. “There was a long period of time where we weren’t able to do much hiring.”

The reinforcements are a positive sign for the department as it prepares for the Schiller Institute for Integrated Science and Society, BC’s $300 million investment in STEM fields. Construction on the building, which began this summer, is projected to finish in the fall of 2021.

There are immediate dividends as well—the new faculty have allowed the University to meet the demand for core major requirements and create two new elective courses in operating systems and data visualization.

“There was a pretty big shortage of central offerings,” Straubing said. “In the past few years, we simply couldn’t staff them, and it was a problem for students. There were very justified complaints about that.”

Between the new hires and the opportunities presented by Schiller, Straubing is eyeing much more than new classes. He said he is hoping to not only meet the current level of demand, but also push into new untapped markets of students as well, through means including new interdisciplinary minors or entry-level classes.

“So one of the things we’re going to be thinking about as we build up more staff is how we can broaden our offerings to the University, and not just for majors.”

He also recalled old courses—aimed at students who wanted some baseline computer science skills—that could be brought back, especially as more and more fields require some level of programming and computing prowess.

“We used to have a course called Computer Science Zero, [and] others called Scientific Computing and Programming in Numerical Methods for students in the natural sciences,” Straubing said. “We used to offer them regularly and there was a pretty good, niche market. We haven’t been able to offer them for some years because of the large number of majors.”

With Schiller on the horizon, Straubing said that he sees now as the perfect time to start thinking about new interdisciplinary opportunities, even if the necessary logistics and resources are still a few years away. 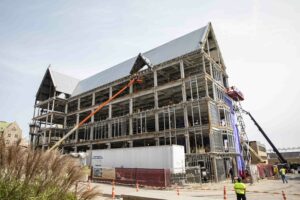 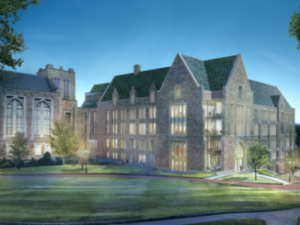