Home » Sublime with Rome Turns Back Time at House of Blues
Arts, Music, Off Campus

Sublime with Rome Turns Back Time at House of Blues

“Do you guys remember the ’90s at all?” Geoff Weers, the lead singer of The Expendables, yelled into the mic before launching into a cover of Snoop Dogg’s “Nuthin’ But a ‘G’ Thang.” It was a question that defined the Sublime with Rome concert at the House of Blues on Sunday night. The crowd did in fact remember the ’90s—from the songs to the attitudes to the social norms.

Sublime with Rome stopped at the Boston venue on a nationwide tour to promote its most recent album Sirens that was released in May. Luckily for the Boston fans—some lifelong, and some whose lives clearly started after the band had formed—Sublime with Rome didn’t do much promoting of new material, but hit on all of the band’s classics.

Sublime with Rome was accompanied by two opening acts: Tropidelic and The Expendables. Fans, fragrant with wafts of weed and beer, were still trickling in during Tropidelic’s set, but the band brought immense energy to their ska rock set.

An artist, fully equipped with an easel and paint pallette, took the stage along with the band and proceeded to paint a colorful landscape during the performance. Tropidelic also included dancing trumpeters and a break in the set for the band to perform with snare and bass drums strapped on their necks like a high school marching band. The band’s set was a spectacle reminiscent of the anything-goes rock shows Sublime, then led by the late vocalist Bradley Nowell, played in its early days.

Aside from covering “Nuthin’ But a ‘G’ Thang,” The Expendables, a rock band with a reggae flare, performed covers of rap duo Luniz’s “I Got 5 On It” and Afroman’s “Because I Got High” in their set. The inclusion of West Coast rap classics perfectly set the scene for Sublime with Rome to turn back time on the House of Blues stage.

A dramatic spotlight poured down from the ceiling onto the relatively bare stage as the three band members of Sublime with Rome took the stage to a thunderous chorus of cheers. Sublime with Rome opened its set with “Smoke Two Joints,” a 1992 song from the band’s debut album 40 Oz. of Freedom. Without much pause, the band seamlessly rolled into “Wrong Way,” to which the crowd sang all of the words.

During the following “Date Rape,” lead singer Rome Ramírez screamed, “Make some f—king noise,” at the crowd—and the mass of bouncing bodies happily obliged. It was strange to see a room of people casually sing the lyric, “If it wasn’t for date rape I’d never get laid,” with such abandon. Despite the heavy subject, the crowd greeted the song with cheers and carried out the lyrics to the bitter end, when the initial rapist becomes the victim of his own crimes in prison. It’s a potent form of comic justice many current artists would shy away from, a sign of both the band’s age and longevity. Rome, who joined the band in 2009, reflected on the band’s lengthy career during the set.

“I was only 8-years old when Bradley [Nowell] passed away,” Rome said of the band’s original lead singer. “I grew up with the music.”

Eric Wilson, the band’s founding bassist, was the only original member at the show. The distinction between Wilson and his bandmates, Rome and drummer Carlos Verdugo, was obvious: Wilson, donning a leather cap and studded vest, hardly moved around once he was on stage—except to light and smoke a cigarette during “Blackout,” a silky reggae fusion track from Sirens.

The definitive moments of the concert came when the band performed “Doin’ Time” and “Santeria.” The allure of “Santeria,” which was played last during the encore, is obvious. It’s one of those songs that everyone just knows, if by intention or if by circumstance of living in post-MTV America. “Doin’ Time,” which was played in the middle of the set, was recently given new life when Lana Del Rey covered the Sublime track for her 2019 album Norman F—king Rockwell!

Throughout the two tracks, the fans showed a shocking willingness to stay present. Few fans pulled out their phones to tape the performances. If there ever was a time to spread FOMO via Snapchat and Instagram stories, it was then. For a moment, 2019 faded into 1996. 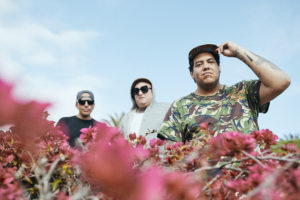 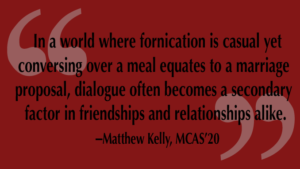