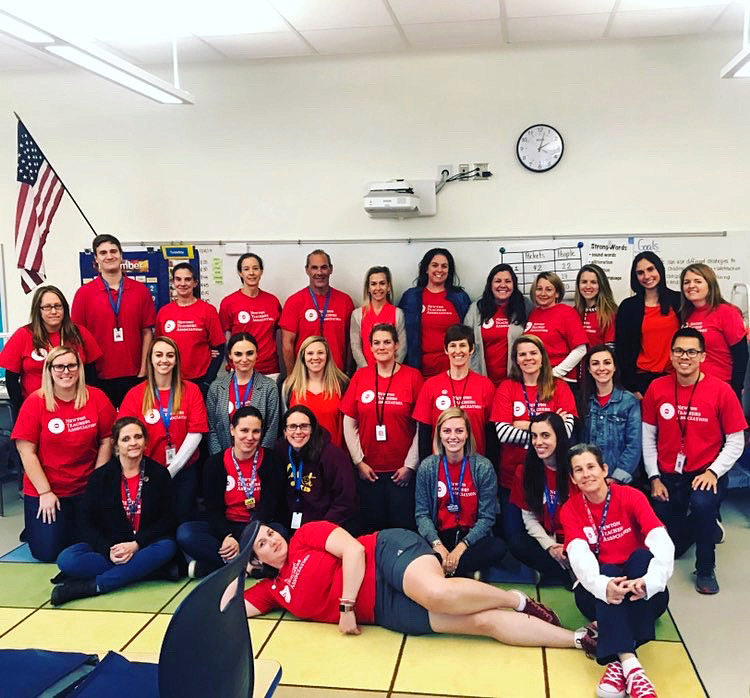 More than two months following the expiration of its contract, the Newton Teachers Association (NTA) is continuing to press the Newton School Committee to negotiate. Union members started to suspend voluntary work in committees throughout the entire Newton Public School System this month. The protest is not meant to affect students, but rather force the city to negotiate a new contract, according to Michael Zilles, president of the Newton Teachers Association (NTA).

“We had been working on a one-year bridge contract that we had agreed to with the school committee with the express purpose of buying a year, in order to negotiate a successor agreement for three years,” Zilles said in an interview with The Heights. “We were unable to successfully negotiate a contract in that full-year negotiation, and we met multiple times but the negotiation went very slowly.”

During the months of September and October, NTA members remained silent during full faculty meetings, which are run by NPS principals. They now plan to remain silent during department meetings in December.

The NTA’s primary objective is to affect the initiatives that the school district wants to push advance.

“I mean, certainly, we show solidarity by wearing red t-shirts every Tuesday, so certainly students notice, and sometimes they see teachers standing out with our signs in the morning to get the attention of the community,” Simpson said. “I think students have an awareness that teachers are without a contract right now, but I would not say there has been any impact on their day-to-day lives, and certainly not on how we treat our students or how much we care for our students.”

The NTA began taking action to secure a renegotiated contract during the 2018-19 school year, mostly in the form of community outreach—they went to farmers markets and fairs to raise awareness of their cause. Before school started this year, NTA members continued their efforts to bring awareness to their contract negotiations by holding a rally at City Hall, right before their extended contract officially expired.

“The superintendent canceled the opening day ceremony and left us that time for a union meeting, so we made the decision to have that union meeting at City Hall, and we rallied about 1,000 members,” Zilles said. “Then, members went back to their buildings to open up their buildings to get their classrooms ready and in their first full faculty meetings they were silent.”

More than 700 “Support Newton educators” lawn signs have been distributed throughout the community, according to Liz Simpson, a teacher for NPS. Support for Newton teachers may also be a form of solidarity among Newton residents. Simpson said there are currently 13 unions in Newton that are working without a contract.

In the views of the NTA, the slow pace of the contract negotiations is owed to the lack of money allocated to the schools by Newton Mayor Ruthanne Fuller. Historically, the amount of money allocated to the schools increases each year, but the mayor is not following this precedent, Zilles said. The NTA does not fault the school committee for the slow negotiations, as they don’t have enough money to work with, Zilles said.

“Let me give you the short answer: The mayor isn’t willing to spend the money on the schools to make it possible for us to get contracts,” Zilles said. “The mayor is withholding, she’s just not putting out enough money.”

“I am dedicated to settling a fair contract with them with all deliberate speed,” Fuller said in a  statement to The Heights. “We are working hard with the Newton Teachers Association on a contract that works for our educators, for our students, and for our community.”

Simpson said the city says it values educators but won’t put its money where its mouth is. Irene Margolin-Katz, who has three children attending Newton Public Schools, described the situation as “demoralizing.”

“And you know, honestly, Newton is not exactly a poor city, we should be able to afford to pay them the market rate,” she said. “So that’s where I feel like there is an injustice, that’s happening.”

Margolin-Katz has a son with special needs who receives assistance from aides while in school. She said she holds great respect for the teachers and aides who work with her children, and was shocked to find out how low their salaries are and that they are not compensated for critical work, such as communicating with parents via email. Margolin-Katz expressed disappointment with the fact that she feels the schools are being overlooked.

“You know, it’s not okay that their salaries dropped so much because, like I said, if I were in that position I would go to the neighboring town,” Margolin-Katz said. “And I feel like there’s community support. But, most importantly, I mean for me, I mostly moved here for the schools. That’s the most important priority for me so I want to make sure that the schools are properly funded.”

Five negotiation sessions are scheduled to take place over the next four weeks, Zilles said.

“We believe that our message has gotten to them loud and clear and that they know, continuing on without signing a contract will be harmful to the Newton Public Schools, harmful to the morale of people that work in it, harmful to the culture in the long run, and they know that they need to bring it to an end,” Zilles said.