Diamonds are a product of intense heat and pressure from the Earth’s mantle. In Uncut Gems, it seems like director-brother duo Benny and Josh Safdie try to channel this pressure and heat into their film, which bursts with so much intensity that it actually shines. Uncut Gems serves as a frenzied, breakneck critique of the grimy underworld of diamonds, pawning, and illegal sports wagers. It seeks to pack a lot into its 135-minute runtime and maintains an over-the-top, frenetic pace that reflects how in America, time is money.

Adam Sandler plays an enthusiastic New York City jeweler named Howard Ratner who gets his hands on a rare stone. With false teeth, gold chains, diamond earrings, fancy glasses, a goatee, and sometimes a yarmulke, Howard looks to milk as much cash as he can, looking for the best deal and the best bets thanks to his knowledge and hustle.

At the same time, he’s looking to make the most out of his failing marriage with Dinah (Idina Menzel) while juggling another relationship with Julia (Julia Fox) from his jewelry shop.

Kevin Garnett, the 15-time NBA All-Star and former Boston Celtic, plays a fictionalized version of himself in the film. Just looking for a new watch, Garnett eventually gets caught up in the mayhem that Howard stirs up, as each character feeds off him, trying to out-hustle each other.

Here, Sandler turns away from his usual, pathetically silly comedies to an immersive role where he doesn’t shy away from taking chances. It seems like every five minutes he’s going on an expletive filled, raging rant on the phone, telling everyone that they’re preventing him from reaching his own greedy interests. The utter chaos is only controlled by the guise of wealth. Howard—and almost anyone he interacts with—lives, breathes, and thinks money.

The real star of the film is its direction and writing. The Safdies use the camera as a tool to maintain the chaotic atmosphere, constantly moving in front and behind characters. There might not be a single shot that establishes the full setting of a scene in the entire film. It seems like the audience is never given the full picture of what’s actually going on. The details are left behind and the directors move right along to the next scene, leaving the audience on their toes and hooked to see where the film is going. In Uncut Gems, this is Howard’s familiar world, and we are only along for the ride.

The script, also written by the Safdies alongside Ronald Bronstein, maintains the frantic speed. Howard is always asking someone for something, whether it be asking Dinah to get him the car keys or Kevin Garnett to buy a set of diamond earrings. He even gets into a dustup with The Weeknd, who also plays himself in the film, after asking a friend where Julia is at a concert.

The constant use of cellphones helps to quicken the pace of the film. Many important conversations take place while Howard is on the phone, further signifying the immediate nature of the plot. Phone calls are made because everything is too important and urgent to wait to actually talk to someone.

One particular scene in Howard’s office at the jewelry store really reveals the heart of the film. It’s a fast paced conversation between Howard and Garnett that shows what all of this scrambling and deal-making actually means. As the movie comes to a close, the fast pace of the dialogue continues until the end, where the wild final minutes hammer home the themes of the movie.

While it’s easy to revel in the pandemonium of the film, it seems like it needs a moment to stop and take a breath. Uncut Gems goes 100 miles per hour the entire time and is never able to ground itself. A direct, but minor, shift in pacing could have served to benefit the movie as a whole so that the audience can better comprehend what is unfolding before their eyes.
Uncut Gems unmasks many of the complex idiosyncrasies of hustling jewelry in New York City. From beginning to end, its speedy and chaotic nature is backed by strong performances, direction, and writing.

Featured Image by A24 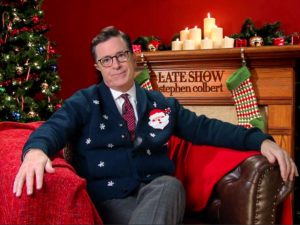